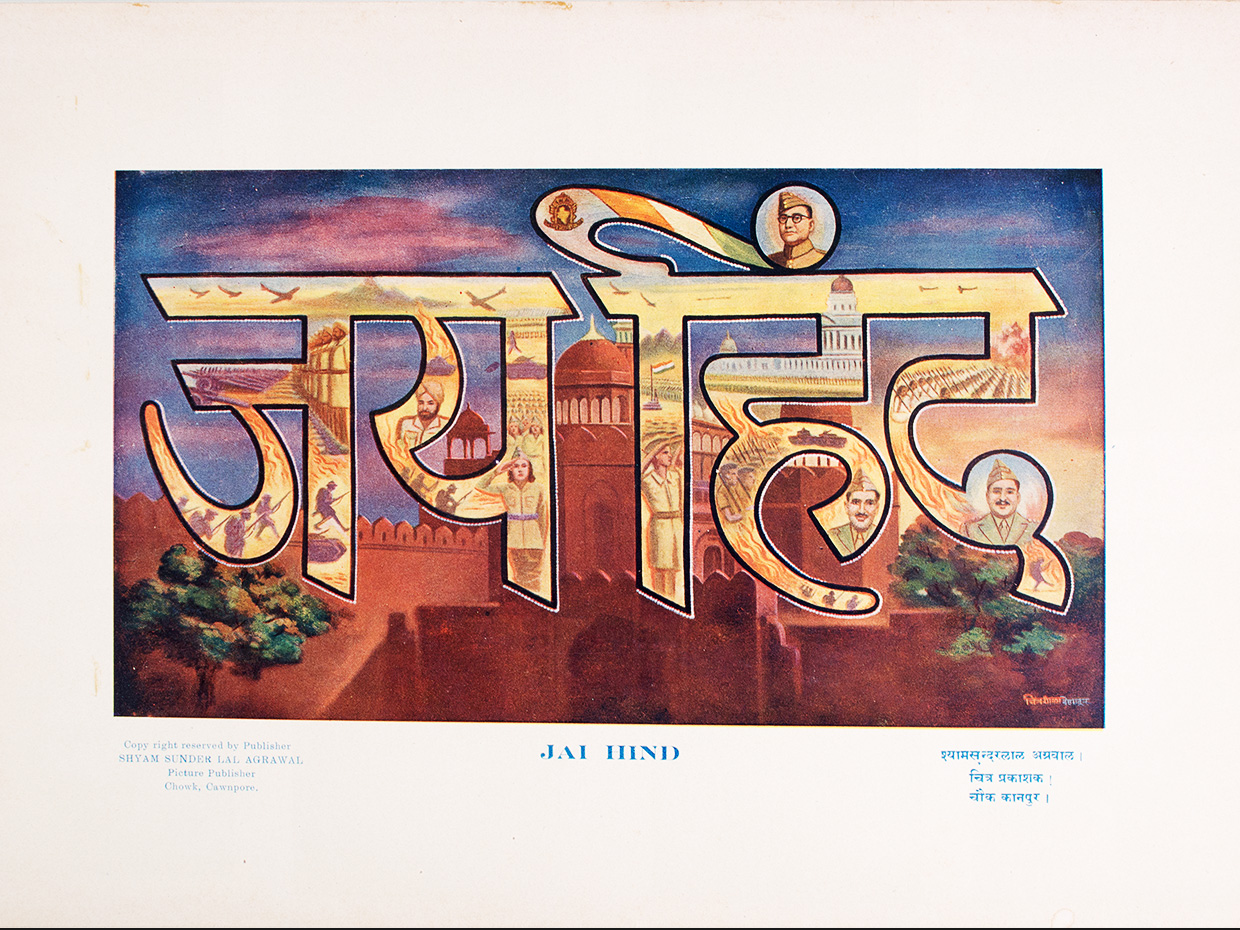 Jai Hind, printed by Shyam Sundar Lal Agarwal in Cawnpore
- The freedom struggle in India saw a lot of chromolithographs made by Indians to unite the masses and oppose the British Raj. These posters or prints were often considered to be seditious material, and were confiscated by the British. However, these were still distributed and stuck in public places by freedom fighters. They were often written in English and Hindi in order to be relatable.

Kanpur ( then called Cawnpore) was a hub for printing presses during 1930 - 1946, and many of the freedom struggle and nationalist-themed posters were made there. This chromolithograph from the 1940s features heroes and events from the freedom struggle. It was titled ‘Jai Hind’, which was a slogan used by the Indian National Army as a battle cry and in political speeches against the British Raj.