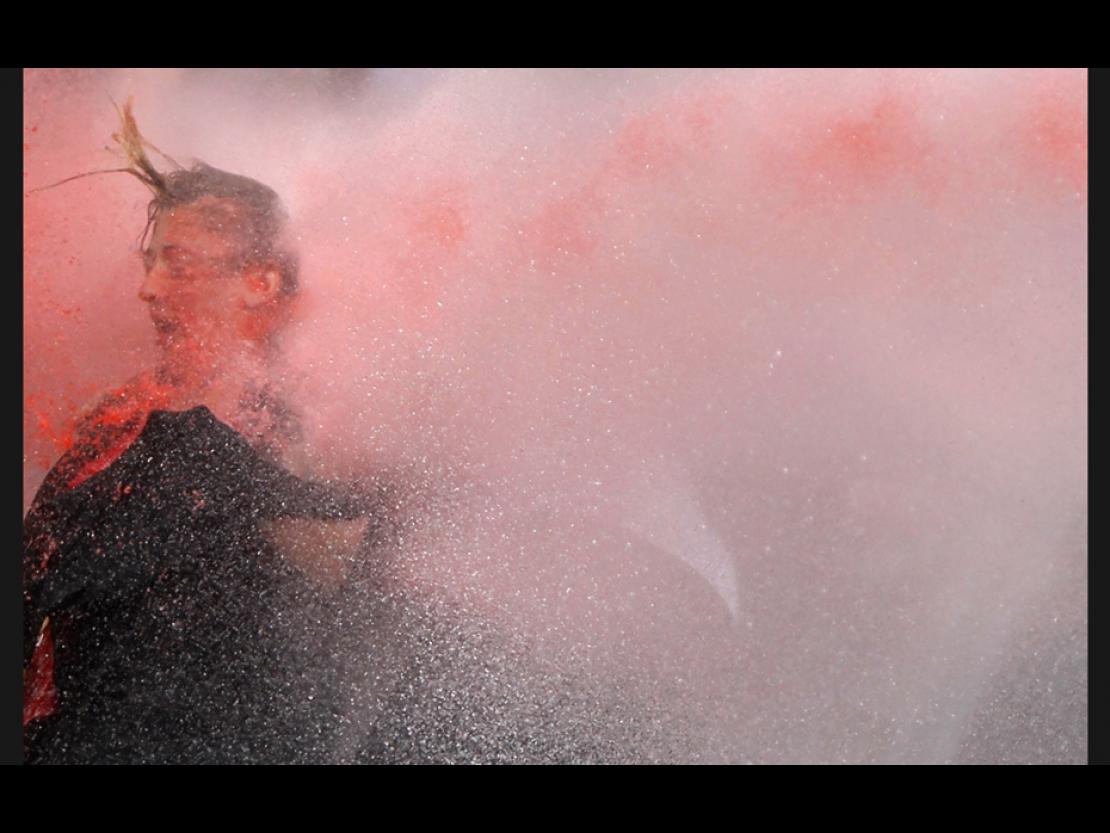 12/16
A woman is attacked by water cannon during protests in Kizilay square in central Ankara, Turkey. The unrest, in which police fired teargas and water cannon at stone-throwing protesters night after night in cities including Istanbul and Ankara, left four people dead and about 5,000 injured, according to the Turkish Medical Association