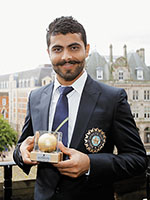 Ravindra Jadeja (Rank 28)
Till sometime ago, Jadeja had a royal name but didn’t have the wealth to match. Not anymore. With his riches from playing for the IPL franchisee Chennai Super Kings (it bought him for $2 million) and the national cricket team, and six endorsements, this lover of horses has debuted high at 28 on the list. 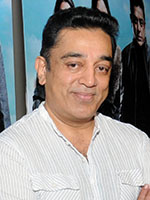 Kamal Haasan (47)
Controversy dogged the actor’s January release Vishwaroopam. The noise had a debatable impact on the film’s average box office performance. The movie, however, has helped the actor debut on our list. Haasan, who directed and co-produced the film, is now making a sequel to Vishwaroopam. 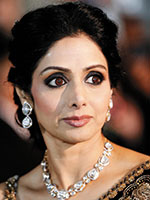 Sridevi (73)
The heartthrob of the 1980s and ’90s returned to the silver screen with English Vinglish and has since been busy walking the ramp, endorsing brands and signing new projects that might include Hollywood ones. She is one of the only two women newcomers on the celeb list this year, the other being Parineeti Chopra. 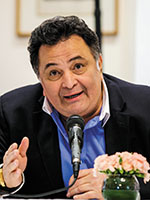 Rishi Kapoor (71)
The lover boy of the 1970s and now a brilliant character actor, Kapoor debuts on the celebrity list at number 71. He has had five releases this year. Despite not scorching the box office with every one of them, Kapoor excelled in diverse roles including that of a gay principal and a villain. In one, he shared screen space with wife Neetu and son Ranbir. 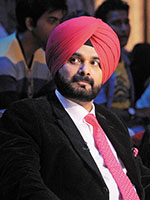 Navjot Singh Sidhu (81)
The former Indian opening batsman, and now a motor-mouth politician and TV personality, debuts at 81 on the list, thanks largely to his appearances on the tube. Not surprisingly, his television show is a comedy show.


Shankar Ehsaan Loy (52)
The musician trio composed one of the biggest hits this year with Bhaag Milkha Bhaag and got positive reviews for Vishwaroopam. This was enough for the three to make it to the celeb charts at number 52. In terms of earnings they rank 24, but lose out on the fame ranking where they stood 87th.

Darshan (65)
The Kannadiga actor is among the highest paid stars from the South Indian film industry. He had two releases in our time period, one of which he produced. Apart from a production house, Darshan has started a film distribution business, giving a boost to his earnings. The actor, who has a private zoo, debuts at number 65.The other Celebs who debuted this year are: (List rank stated in brackets)

Tweets by @forbesindia
2013 Celebrity 100 List: The Drop-Outs
Saina Nehwal: The Girl and the Game