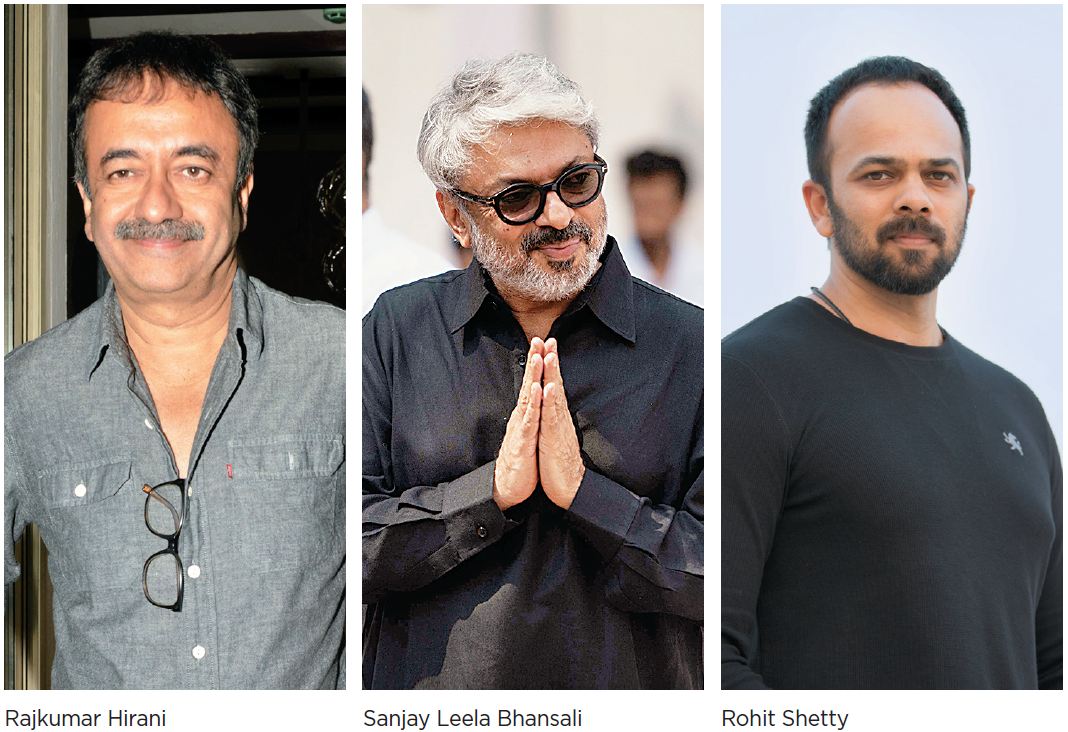 Three directors with different styles of filmmaking storm into the 2018 Forbes India Celebrity 100 List on the back of successful hits that they delivered in the 12 months under consideration. While Rajkumar Hirani and Sanjay Leela Bhansali are ranked jointly at No 47, Rohit Shetty is at No 79.

Hirani directed Sanju, a biopic on actor Sanjay Dutt, which is his highest grossing film at the Indian box office with collections in excess of ₹341 crore. His last directorial venture, PK (2014), was a blockbuster too, earning him a place on the list for the first time in 2015.

Bhansali made Padmaavat, which invited its share of controversies and protests across the country. Eventually, the movie earned ₹300 crore on home turf and ₹500 crore worldwide; it earned ₹100 crore on the opening weekend.

Shetty made a comeback to the list after a hiatus of two years. His Golmaal Again crossed ₹100 crore within a week of its release and had a final tally of over ₹300 crore worldwide. The director was ranked No 96 on the list in 2015; he remained a regular among the 100 highest-earning Indian celebrities from 2012 to 2015.

The earnings for Hirani and Bhansali were ₹18.33 crore this year while Shetty’s was ₹12 crore.