In the process, Saral Designs is churning out women entrepreneurs and creating jobs 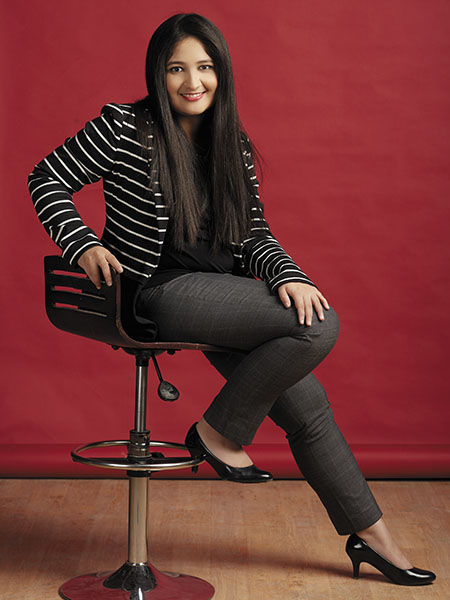 Seated in her concrete shanty in Siddharth Nagar, a cramped settlement in Mumbai’s Worli area, Jayshree Kamble talks animatedly about the sanitary napkins she sells. “Ladies shy away from going to a chemist because they are usually staffed by men,” she says of her neighbours. Add to this, price concerns and a lack of hygiene-related awareness, resulting in most women using cotton rags, she says.

Her narrative echoes in a 2011 survey by AC Nielsen, which found that only 12 percent of India’s 355 million menstruating women use sanitary napkins.

When Suhani Mohan, an IIT-Bombay alumna and investment banking analyst at Deutsche Bank, got wind of this, she quit her job, travelled the breadth of rural India to understand the issues faced and found a co-mate in ex-IITian Kartik Mehta.

They researched what went into the making of sanitary napkins—studying both MNCs and local manufacturers like ‘Padman’ Arunachalam Muruganantham’s set-up, and spoke to women across villages and urban slums. Adolescent girls told them they were willing to spend on pads if they were more durable than the low-cost variants available in the market, says Mohan.

Almost two years after developing prototypes, the duo hit upon the perfect iteration: A 13-foot long, fully-automated machine that doles out 7,000 pads a day. “There are machines which are smaller scale and others that are very large scale. Our ‘Swachh’ machine is the first-of-its-kind in the middle category,” claims Mohan whose company Saral Designs, set up in mid-2015, is awaiting three patents for it.

Priced at around ₹6 a pad, Saral’s ‘Active’ brand is cheaper than MNCs’ low-cost variants (₹7-12), but higher than those churned out by, say Murugananthan’s machines (around ₹5). Since distribution costs account for nearly 60 percent of the price of most pads, Mohan keeps the rates low through a unique distribution model. Over 100 women from Chhattisgarh to Kerala sell door-to-door, earning ₹7-9 on every packet of six. Tie-ups with NGOs enable Saral to penetrate India’s hinterland, while vending machines installed in schools give adolescent girls easy access.

Last year, Saral hit the one million mark in terms of units sold. It also sold five of its ‘Swachh’ machines, each priced at ₹18.5 lakh, to individuals who will then manufacture and distribute pads, further bringing down costs and spawning entrepreneurs. Revenues are set to double to ₹1.2 crore in FY18, from ₹64 lakh in FY17.

Says Farooq Adam of Powai Lake Ventures who invested in the company in 2016: “Suhani’s dedication to solve this problem through decentralised manufacturing is the way forward in this underpenetrated market.”