Why Nayanthara, Nagarjuna dropped off the Forbes India Celebrity 100 list 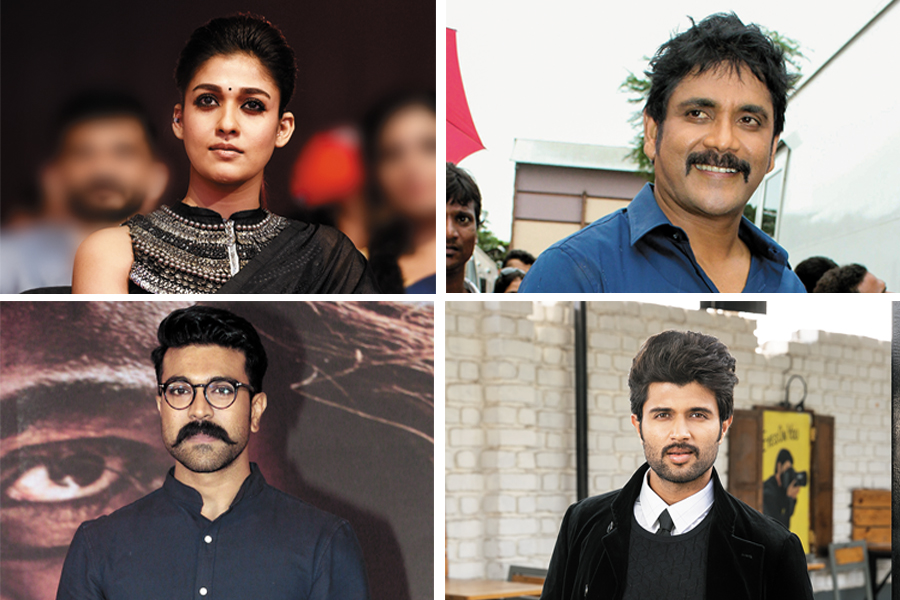 For all the villain-bashing, larger-than-life roles that he portrays on screen, superstar Ajith Kumar is one of the most low-key actors in the South Indian film industry. He has zero virtual presence in an age where interaction with one’s audience on social media is considered integral to stardom. But Kumar probably does not find the need to be social online, because his active fan clubs (not supported by or associated with the star in any personal capacity) do the job for him: Be it dissing his competitors during film releases, sending best wishes on behalf of him to his contemporaries on occasions, or even promoting his films. This year, he ranks No 52 on the 2019 Forbes India Celebrity 100 List, riding on the estimated remuneration of ₹40.5 crore from two Tamil films: Viswasam and Nerkonda Paarvai. He does not do endorsements.

The heroine opposite Kumar in Viswasam, Nayanthara—dubbed as the ‘female superstar’ of South Indian cinema, who has her own army of fan clubs that keep her trending on social media without the need for her being present on those platforms—has dropped out of the list since last year. This is despite the actor doing double the number of films as Ajith. Between October 2018 and September 2019, she starred in five films and also has multiple endorsements. The reason is simple: Nayanthara, like all other female actors across film industries, is paid almost one-fifth or one-third of what her male co-stars earn. Moreover, while the actor set a precedent last year by becoming the first and the only female star from the South to make it to the list, she dropped out this year given that the rankings were calculated as a mix of earnings and ‘fame quotient’ (number of followers on Instagram and print media mentions). CLICK HERE to view the 2019 Forbes India Celebrity 100 list While an actor’s popularity, especially in the South given the institution of fan clubs, cannot be limited to personal presence on social media platforms, the same explanation involving earnings-plus-social media popularity to arrive at rankings might apply to why others like Telugu superstar Nagarjuna, or actors Ram Charan and Vijay Deverakonda, have also dropped out of the list despite relatively high revenues. Similarly, why actor Shraddha Kapoor is at rank 28 and Jacqueline Fernandez is at 32 despite their earnings estimated at just ₹8.33 crore and ₹9.5 crore respectively. This ranking exercise has also pointed to a larger trend of pay disparity, which has affected rankings of female listees across sectors, be it entertainment or sports. As cover star Taapsee Pannu puts it: “Equality will come in time, when my films make the kind of money my male counterparts enable… and that will be fair. But till then, my salary must at least be proportionate to the amount of money my star presence brings to the project.” CLICK HERE to view the 2019 Forbes India Celebrity 100 list