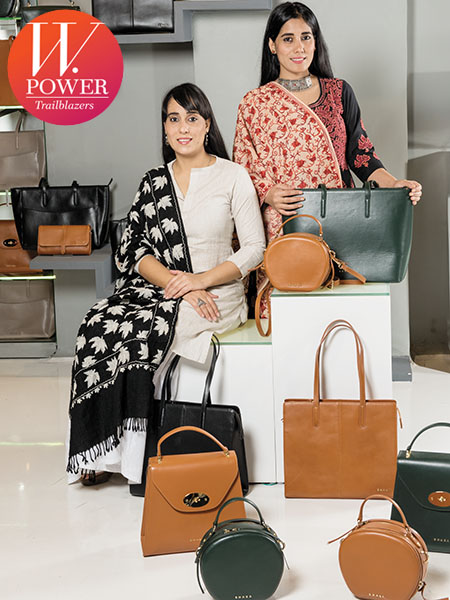 It’s a baggage that Shaka Bhat has been carrying since 1990 when she was in junior kindergarten in Kashmir. The last childhood memory that the 34-year-old entrepreneur in Mumbai can vividly recall is that of being carried away in her father’s arms, along with her two sisters, Sipika and Seema, aged two and eight, when Pandits had to flee Kashmir because of terrorism.

“We were forced to leave Anantnag,” recalls Shaka, who was five then. “The pain of leaving my homeland is still with me… You get a name from your mother, but your identity from your motherland,” she says, as her eyes well up. The anguish in Shaka’s voice is palpable. “We are still hunting for our identities.”
Sitting at a swimming pool in a five-star hotel in Juhu, Mumbai, Shaka stares at the sea. Sister Sipika comes to her rescue as she struggles for words. “Our heart still pines for our home,” says Sipika, dressed in a traditional Kashmiri attire with the dominant aari work—crewel embroidery—on her shawl.
2019 W-Power Trailblazers list
The three sisters are now trying to make sense of their ‘lost’ homeland by carving a new identity as entrepreneurs. Shaka, a premium handbag brand co-founded by the trio under the parent umbrella of Homeland Fashion and Lifestyles and launched last April, is set to close the first year of operations with revenue of a little under a crore.

With prices ranging from ₹6,000 to ₹16,000, the bags are available on ecommerce marketplaces like Myntra and Amazon. The brand is now looking to expand its offline reach across the top metros.

The trigger to start a handbag brand, though, was not emotional. During her stint with Deloitte as a corporate finance executive, Shaka faced problems while carrying two handbags—one for her laptop and another for her personal belongings. However, her search for a bag that married aesthetics and functionality remained elusive.

“I knew there was a huge gap in the market,” she says. Her realisation coincided with the feeling that her corporate job was not rewarding in terms of job satisfaction. “I realised I was not made for chartered accountancy.”

In early 2010, Shaka quit her corporate job, moved to Delhi and worked for a few years with a couple of export houses that manufactured leather accessories and shoes for supplying to multinational brands.

She also spent time in Kolkata, trying to figure out quality sourcing of leather. The experience was enriching. “This is where I honed my skills of designing and fed my passion for bags,” says Shaka, who looks after the design and sourcing part of the business.

While Sipika runs the operations, Seema manages the overseas sales from Canada. Commenting on the minimalistic design of the bags, Sipika stresses that the focus is on functionality. “The idea is to make the bag look as beautiful from inside as from outside,” she says.

From carving a space for laptops and phones to chargers, make-up kits, books and car keys, the compartments have been designed for ample space and style.

“It’s a bag for women, by women,” grins Sipika, adding that they are made in Kolkata but designed by Shaka. “It’s her baby, being brought up by all three of us.”

After leaving Kashmir, Shaka’s parents lived in a refugee camp for a year and then settled in Jammu. The sisters completed their schooling in Jammu and pursued higher education in Mumbai and Pune.

After working with Bank of America for five years in Mumbai and Hyderabad, Seema relocated to Canada in 2014, while Sipika completed her MBA and worked in Pune.

Marketing experts reckon that the Bhat sisters’ efforts in carving out a space in the premium handbag market in India might bear fruit. Reason: Online marketplaces have created opportunities to build a brand that doesn’t charge a premium for its pedigree or tag.

The success of private labels of ecommerce players reinforces the fact that there is ample headroom for growth for brands willing to innovate.

“This is the right time to launch a desi brand with a strong emotional connect and narrative,” says Ashita Aggarwal, professor of marketing at SP Jain Institute of Management & Research.

What also gives the Bhat sisters a chance is their deliberate move to not position the brand solely for millennials.

The decision to not splash the product with a rainbow of colours also caters to the taste of a strong segment of the working population. “At times being subtle and underplaying with colours works,” she says.

“The biggest challenge for Shaka is almost zero visibility,” explains Aggarwal. The brand, she lets on, also has to work on expanding its offline presence.

What about the fight from established Indian and foreign players? Shaka sounds confident. “Damaged people are dangerous,” she says, alluding to the loss of homeland that the sisters are living with. “Our baggage makes us fearless and plucky.”