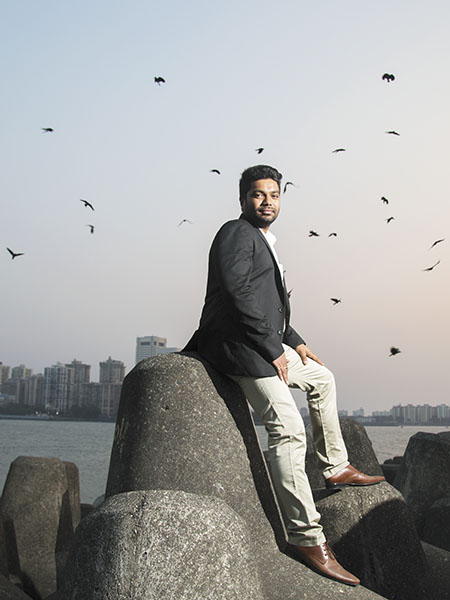 Eleven years ago, after consulting an astrologer, Malav Sanghavi’s mother got him a blue sapphire and an emerald ring. The intent was to rein him in: Sanghavi had been spending too much time on the football field and too less in the classroom. Today, she doesn’t need to get her son, a product design graduate from the National Institute of Design, Ahmedabad, any such good luck charms.

Sanghavi, who also holds a double master’s degree in Design Innovation Engineering from Royal College of Art and Imperial College, London, is doing it on his own. Take his innovation LifeCradle, a low-cost baby incubator.

After visiting a relative’s baby in a hospital, Sanghavi decided to work on an incubator as his college project. In 2015, he presented his product at the entrepreneur competition Pitch@Palace 4.0 held at St James’s Palace, London.

LifeCradle is designed to provide hygienic living conditions as well as the technology needed for a newborn’s survival at home once it leaves neonatal care, while keeping costs down. While the base is made of cardboard, the lid, which houses the technology, can be reused at care centres for the next child’s LifeCradle. The design makes it 90 percent cheaper than existing incubators and will be made available to neonatal intensive care units where such facilities are not affordable. By end-2017, Sanghavi’s team will be testing the prototype through an NGO in Nashik and the ISHWAR Foundation in Uttar Pradesh.

Sanghavi also plans to take LifeCradle to Africa and Latin America by 2022. “We will start extending full support for maternity and neonatal care. This can help reduce pre-term births,” says Sanghavi.

Six months ago, Sanghavi came up with a second innovation, Creoto, a programmable smart socket for amputees that will allow them to customise their comfort level according to their activities, through their smartphones. “We plan to release multiple versions of sockets, both low-cost and high-end, with different functionalities,” says Sanghavi. His goal, he says, is to develop a system of sustainable and affordable health care at the grassroots.

Tweets by @forbes_india
Discovery launches premium sports channel DSPORT in India
30 Under 30: How anti-hero Tahir Raj Bhasin gets into the actor's skin