Bhumi Pednekar: Ambitious for a legacy 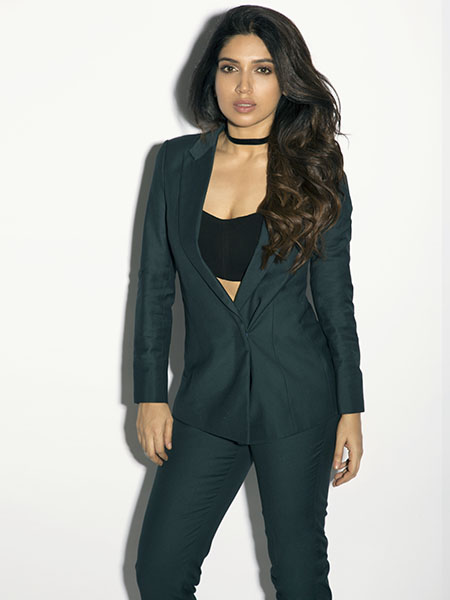 Bhumi Pednekar | 28
Actor
A  svelte Bhumi Pednekar beams with confidence as she greets us in early January, two days prior to leaving for Chambal for the shoot of her next, Abhishek Chaubey’s dacoit drama Son Chiraiya. The spring in her stride is both evident and understandable.

The year 2017 has proved to be a “landmark year” for the actor with both her films, Toilet: Ek Prem Katha and Shubh Mangal Saavdhan, winning accolades from critics and audiences alike. Their success has dismissed any notions anyone may have had of her being a one-hit wonder (Dum Laga Ke Haisha, 2015). “I am happy about my choices and the impact my films have had… slowly and steadily I am going towards the life I’ve wanted,” she says of her purple patch.

From the overweight small-town girl in her debut film to a villager unafraid to leave her husband’s home because it lacks a toilet in her second, Pednekar has made some bold choices and “had fun doing that”. “I will be heartbroken the day I realise I have been part of a film that I didn’t believe in or if my work is mediocre. I am scared of that,” she says.

Filmmaker R Prasanna, who directed her in Shubh Mangal Saavdhan—which dealt with erectile dysfunction—says Pednekar epitomises the best of today’s women. “She knows exactly what she wants and is devoid of insecurities about how she looks [on screen]. She is ambitious for the right things… she is ambitious for a legacy.”

Pednekar does not dispute that and says expectations only motivate her.