With its online platform, Pratilipi is breathing life into vernacular writing 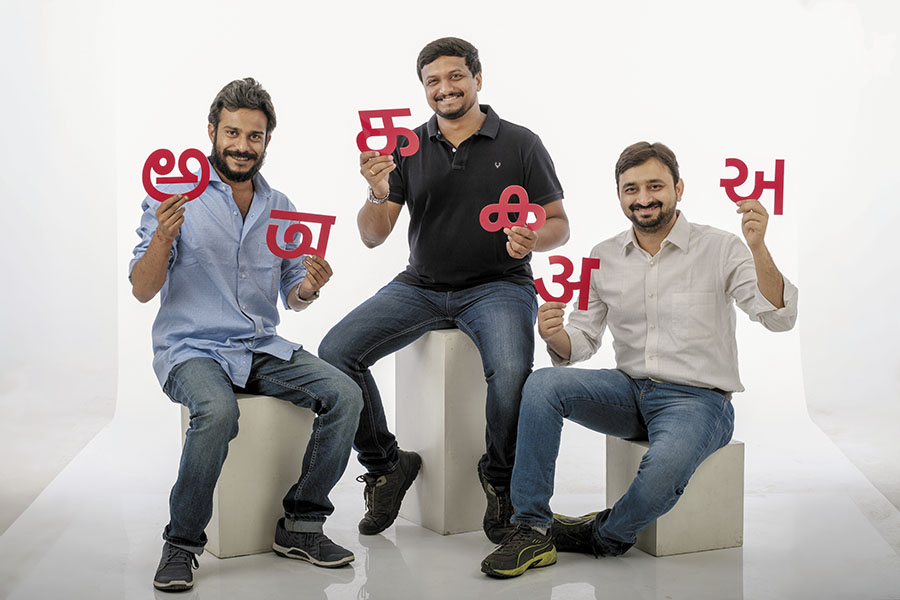 Ranjeet Pratap Singh | 29
Sankaranarayanan Devarajan | 28
Prashant Gupta | 29
Rahul Ranjan | 28
Co-founders, Nasadiya Technologies / Pratilipi
Ranjeet Pratap Singh, 29, comes from Fattepur, a small village some 60 kilometres southwest of Kanpur in Uttar Pradesh. His dad was a Naik in the army, but Singh also had a tau (uncle), who would often save money to publish his own writings in Hindi.

That left an imprint on young Singh’s mind, which would influence him as a grown man.

“In India, you often end up paying the publisher to publish your writing,” Singh says. While his dad’s pay was modest, the family’s bit of land supplemented their income. Singh worked hard and put himself through engineering school and then an MBA, finally landing a job at Vodafone.

“Suddenly, I felt life shouldn’t be so comfortable so early in life,” Singh says. He quit his job and along with four like-minded friends, Sahradayi Modi (30), Sankaranarayanan Devarajan (28), Rahul Ranjan (28) and Prashant Gupta (29), set up Nasadiya Technologies to build Pratilipi, a web and mobile self-publishing platform for Indian languages in 2015.

“We are a self-publishing platform where people can come and share their stories, without the barrier of languages,” Singh says. The platform today supports eight Indian languages—Hindi, Marathi, Gujarati, Bengali, Tamil, Telugu, Malayalam and Kannada.

In the three years since they started, they have raised $5.3 million from investors, including Norwest Venture Partners. Pratilipi has about 15,000 users writing on it, and some 1.3 million users using it to read Indian language content.

“They are doing a lot of work to get Indian authors and Indic language content online. This is clearly a rich, underserved space,” says Amit Somani, managing partner at Prime Venture Partners in Bengaluru.

They don’t make any money yet, but that is a much longer-term goal. For now, they’re building version 2.0 of the recommendation engine on Pratilipi. “Our big dream or goal is that people should have the same opportunities and access irrespective of their language or geography,” says Singh.