These 20-somethings have the potential to make it big, and while they missed being on the main 30 Under 30 list by a whisker, Forbes India will be tracking their progress closely over the next few years 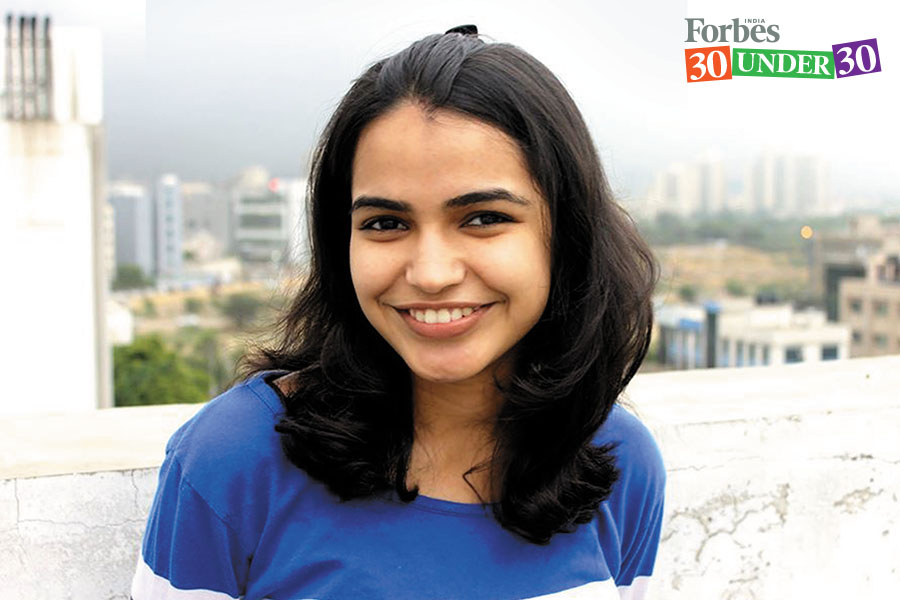 ADVERTISING, MARKETING AND MEDIA
Manisha Khosla | 27
Business director, Dentsu X India
From being one of the key players in setting up a digital media unit for Dentsu X India to spearheading business development, managing vendor relationships, financial planning, and delivering business growth for key clients, Khosla has covered a lot of ground since joining the agency last April. She has had stints at agencies like Mindshare and OMD, and spearheaded projects for Pizza Hut, Hindustan Unilever, Mutual Funds Sahi Hai and American Express. 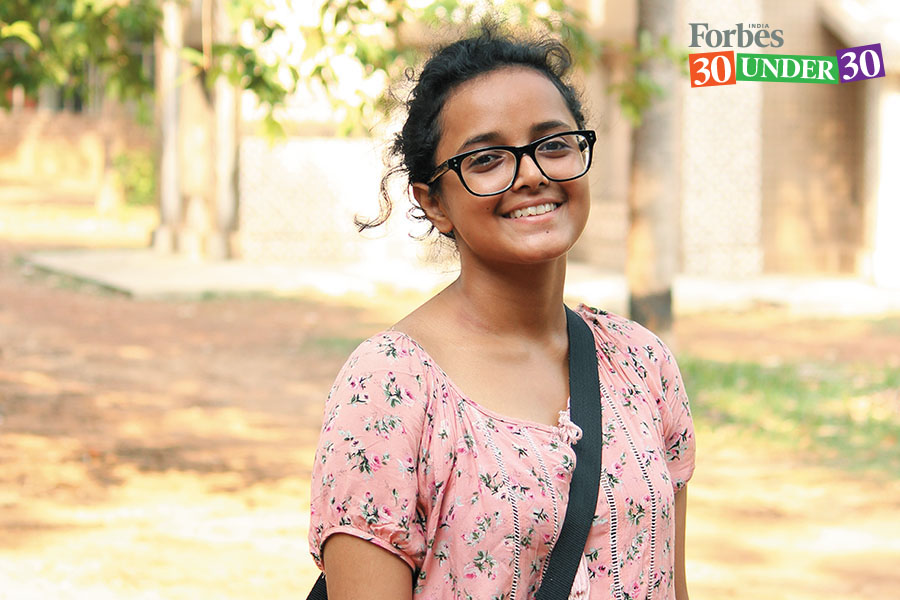 ART
Sarmishtha Bose | 29
Artist
For Sarmishtha Bose, art has always been a process rather than an object. “I believe in a kind of art that is always there in the making, and in the experiencing,” she says. Her recent practice—inspired by the Zen aesthetics of minimalism—involves the process of papermaking, and exploring paper as a medium rather than a surface. “It is an effort to voice the vulnerability of the insignificant in the age of apathy and arrogance.” 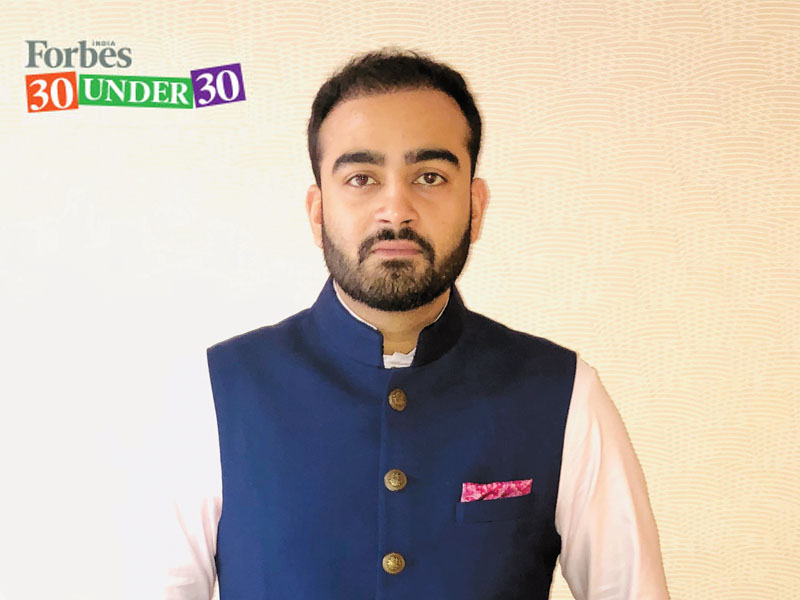 FASHION
Divej Mehta | 27
Founder, Inmate
Divej Mehta’s brand Inmate employs about 230 prisoners  from Yerwada Central Jail in Pune and the Puzhal Central Prison in Chennai to produce close to 5,000 pairs of men’s footwear (mostly ethnic kolhapuris and sandals) per month, retailed in over 15 metros. “We plan to have units in at least five prisons by the end of 2024,” says Mehta. 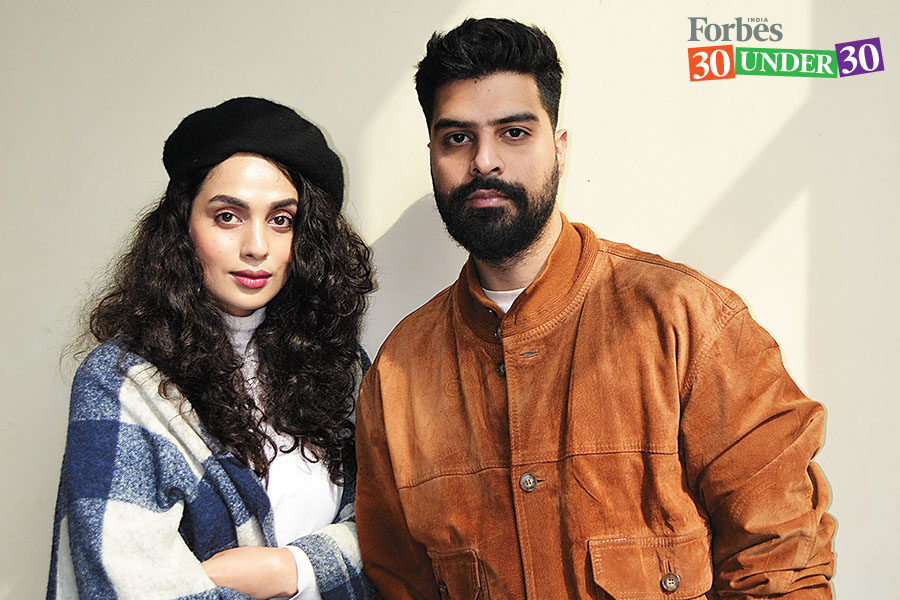 Pranav Guglani | 29
Neha Singh | 29
Co-founders, designers at CORD
They left their jobs to create CORD in 2015. What started out as a leather goods brand is now an artisanal lifestyle label that handcrafts all its products. They design, manufacture and retail clothing and leather goods at their own stores, multi-brand outlets and online store, and are focussed on design, quality and ethical sourcing. 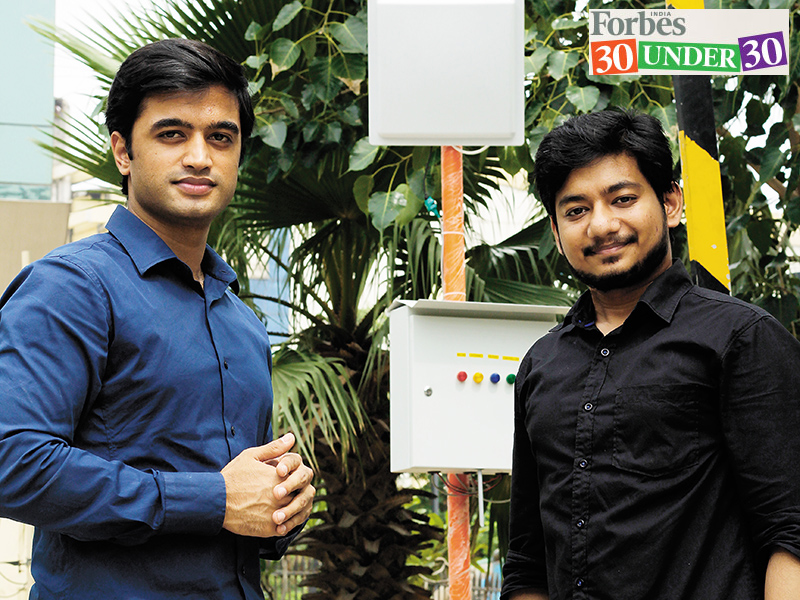 Dhanjay Rathore(left) and Sumit Jain
CONSUMER TECH
Dhananjay Rathore | 29
Co-founder & CEO, Parkwheels
Sumit Jain | 27
Co-founder & CTO, Parkwheels
The concept of Parkwheels stems from the hassle of finding a parking spot. The startup provides a smart parking solution through automation, providing both the hardware and software. Through its mobile application, Parkwheels enables customers to find the real-time status of parking and its charges. Some of its clients include DLF, JLL and Brookfield. After acquiring a base in the B2B market, the startup—set up in 2015—will expand to the B2C market. 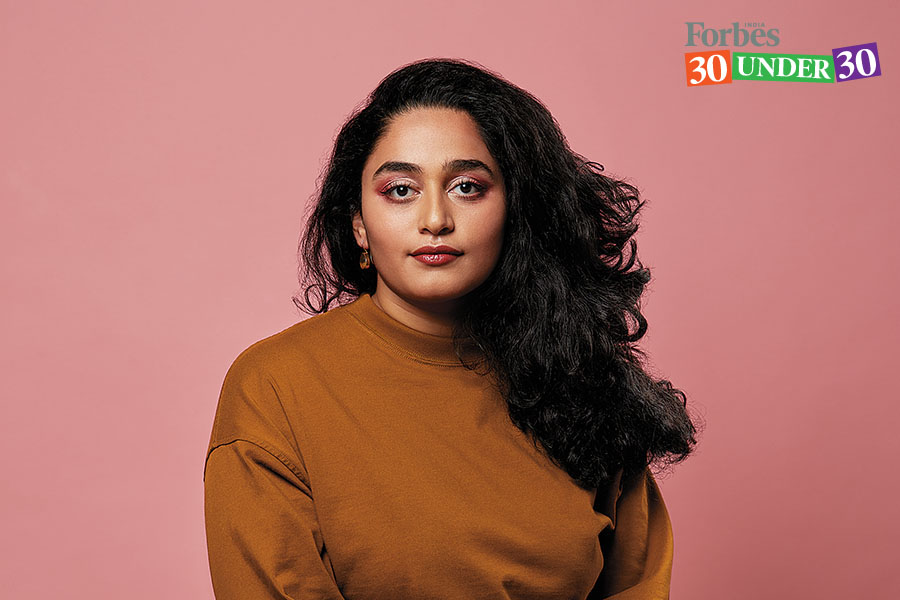 Image: &Walsh
DESIGN
Simoul Alva | 24
Visual Designer, &Walsh, New York
She represented India at the 44th Worldskills Abu Dhabi for graphic design and won a Medallion of Excellence for the country in 2017. A South Asia recipient of the Helen Lansdowne Resor Scholarship, Alva has honed her skills during her internships at Pentagram and Samsung Research America. Her 3D editorial illustrations have attracted clients such as The New York Times, Adobe, The Atlantic, Wieden+Kennedy and WIRED, among others. 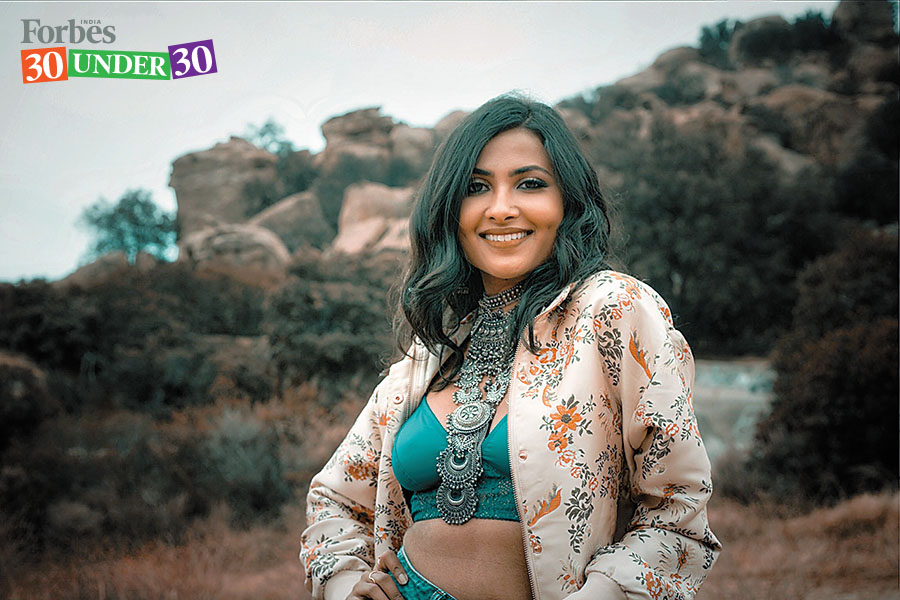 Image: Ellie Pritts
DIGITAL CONTENT CREATOR
Vidya Iyer | 29
YouTuber and Singer
Vidya Iyer, popularly known as Vidya Vox, started her YouTube page in April 2015 and has notched up 6.43 million subscribers since. She is well-known for her unique blend of Indian and Western music. Iyer’s mashups gained worldwide recognition from one of her songs ‘Be Free’ which received more than 190 million views.
See the full Forbes India 30 Under 30 list for 2020 here 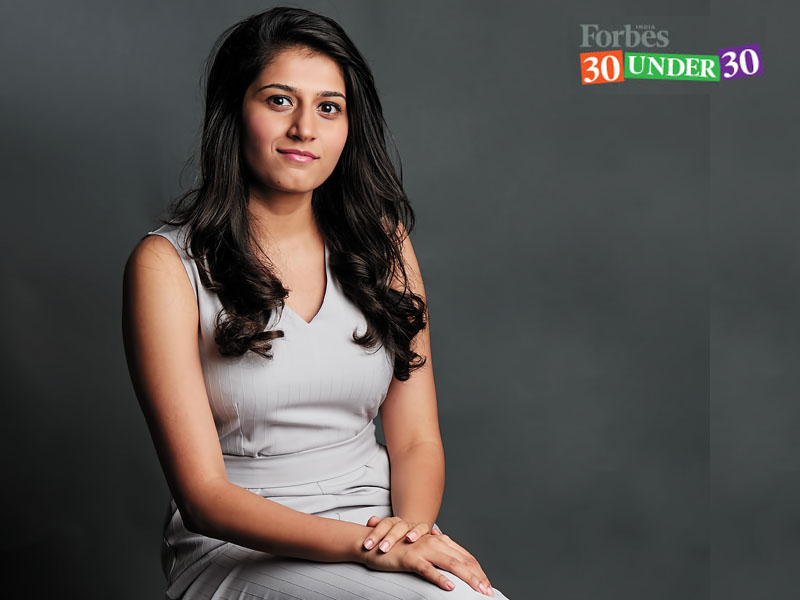 FOOD AND HOSPITALITY
Gayatri Bhatia | 27
Founder, Saucery
Saucery manufactures an assortment of 19 sauces to simplify cooking. Its sauces like Aglio Olio and Pesto double up as dips, and are natural, vegetarian and gluten-free, sans trans fats, monosodium glutamate and other preservatives. With products available in major retail outlets across India, Bhatia expects to break even this year. 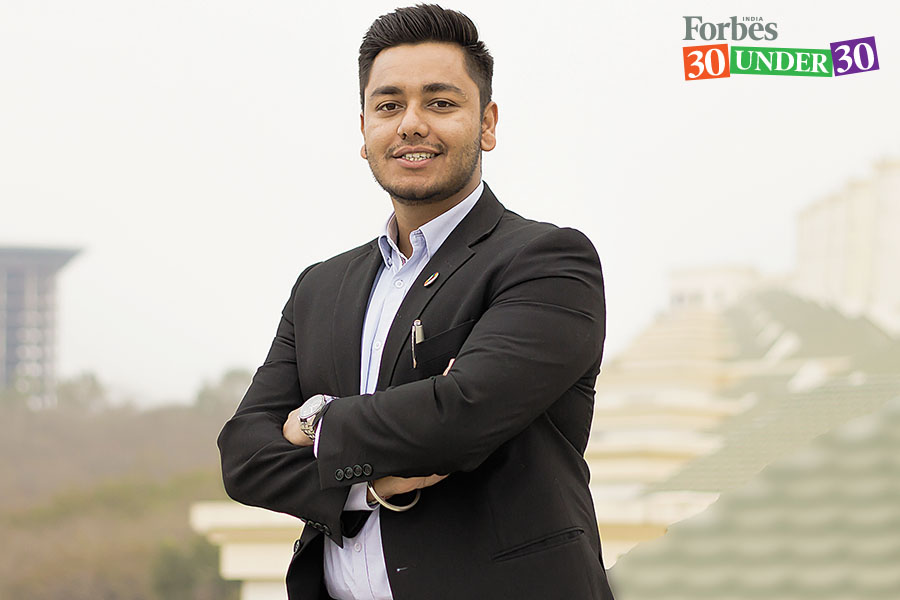 NGO AND SOCIAL ENTERPRENEURSHIP
Satyajit Mittal | 27
Founder & CEO, Sanotion
This product and experience designer-turned-entrepreneur has created SquatEase, a redesigned elevated footrest for toilets which makes it simpler for users to squat on. SquatEase won the best innovation in Swachh Bharat 2018 by Prime Minister Narendra Modi and UN Secretary General and Portuguese politician António Guterres. Mittal, who is an MIT Institute of Design, Pune, alumni, is working on various aspects to enhance the lives of people at the base of the pyramid. 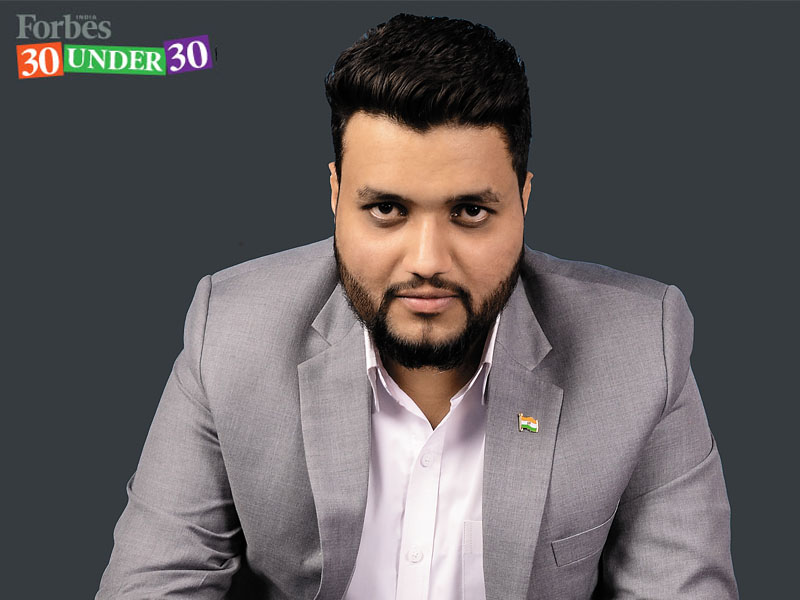 SCIENCE
Jawwad Patel | 26
Inventor
He has three patents and 57 awards under his belt, including the National Award for Excellence in Research and Innovation. Jawwad Patel, who was bullied as a child for tinkering with electronics, became a social innovator. His DewDrop device can convert air into 1.86 litres of portable water in an hour, while Glucoball is a non-intrusive device that uses infrared rays to detect blood glucose levels with 94 percent accuracy. He has 10 such inventions in the pilot phase currently. 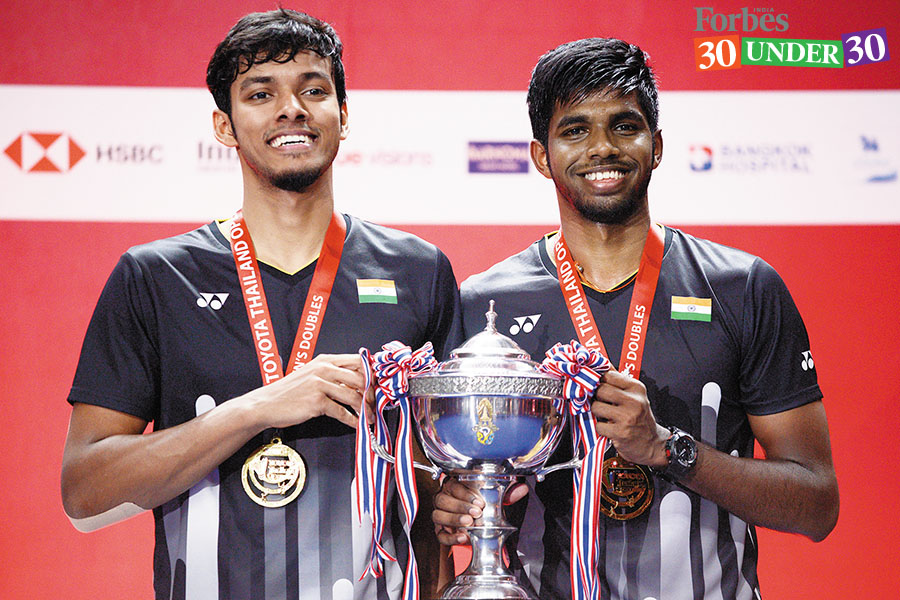 Image: Anusak Lawilas / Getty Images
SPORTS
Satwiksairaj Rankireddy | 19
Chirag Shetty | 22
Shuttlers
The duo has had an outstanding 2019 as they broke into the top 10, the first Indian men’s doubles pair to do so; they finished the year at 12. The two also became the first men’s doubles pair from the subcontinent to win a Super 500 event, at the Thailand Open. They also made it to the final of the French Open, a Super 750 event. 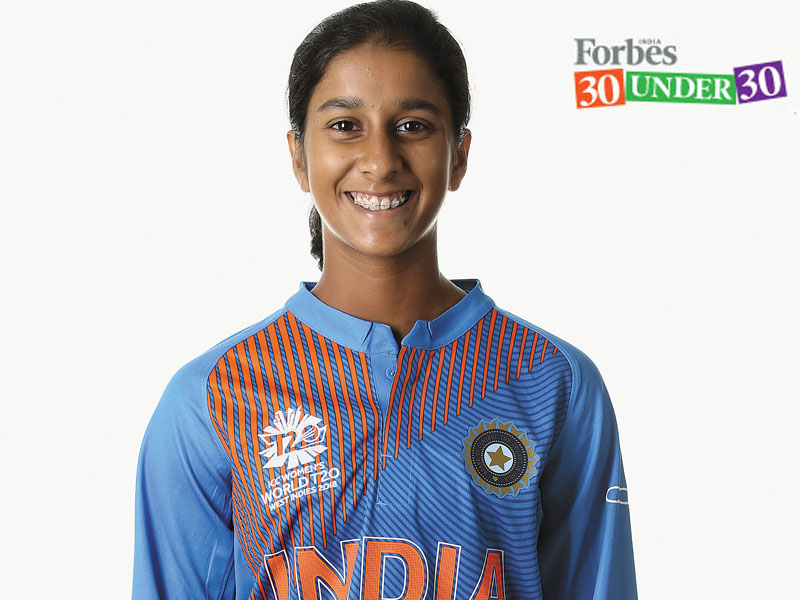 Image: Jan Kruger / Getty Images
Jemimah Rodrigues | 19
Cricketer
Jemimah Rodrigues scored the fastest century and ended up as the second-highest run-scorer in her debut season in KSL, the UK’s T20 franchise league. At home, she won the Player of the Series award at the Women’s IPL-equivalent T20 challenge. As the T20 World Cup draws near, she will look to set the international stage on fire.