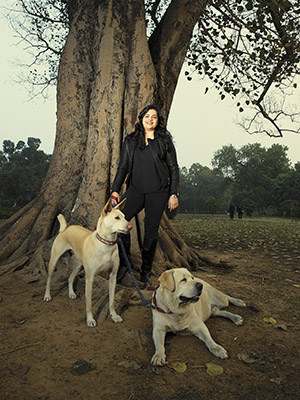 
As a child, she was fascinated by stars and space. It is this interest that took Shreya Singhal to the University of Bristol in England to study astrophysics. But when she returned to India in 2012, she realised the profession involved long hours of coding. “I like to interact with people and could not see myself sitting in front of a computer for long hours,” she says.

In November 2012, the arrest of two girls in Maharashtra, one for liking and the other for questioning, in a Facebook post, the shutdown in Mumbai following the death of Shiv Sena leader Bal Thackeray, rankled Singhal. Her emotional take on the subject at a dinner table conversation prompted her mother to ask: “Why don’t you do something about it?”

She began researching and found that section 66(A) of India’s IT Act was subjective. Any post deemed ‘annoying’ on the internet could land people in jail for three years. “What is annoying for you may not be annoying for me,” she says.

She filed a writ petition in the Supreme Court in December 2012 arguing that the section violated the constitutional right to freedom of speech and expression. In March 2015, the apex court ruled in her favour. “Shreya is deeply committed to upholding the fundamental rights of our people. Hence she filed a writ petition challenging section 66 (A) and her painstaking efforts and research greatly helped my presentation of the case before the Supreme Court,” says Soli Sorabjee,  jurist and former attorney general of India.

This episode sealed Singhal’s career path. She is today in the final semester of her bachelor’s degree course in law at Delhi University. “I want to litigate on constitutional law,” she says. Even before she takes up her first case, Singhal has already earned her stripes—or in her case, stars—as a ‘champion of free speech’.