The Just 30 Club: Those Who Missed Out

The names that missed our list by a whisker 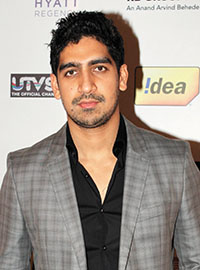 Ayan Mukherji
Made his directorial debut at 26 with the critically and commercially acclaimed coming-of-age film Wake Up Sid that won him the Filmfare Award for Best Debut Director in 2010. He followed it up with the mega hit Yeh Jawani Hai Deewani in 2013. Before plunging into direction, he was an assistant to top filmmakers like Ashutosh Gowariker and Karan Johar. 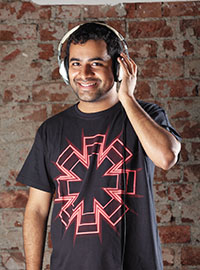 Vijay Nair
The CEO of music management company OML (Only Much Louder) dropped out of college at 18 and started managing popular bands like Pentagram and Zero. Today OML manages over 60 artistes and has brought global superstars like David Guetta to India.Nair is now in charge of an empire that has grown from managing artistes to encompassing numerous music festivals like NH7 Weekender, headline tours and shows for acts across the world, a booking agency and a television production company. The indie music scene in India has much to thank him for. 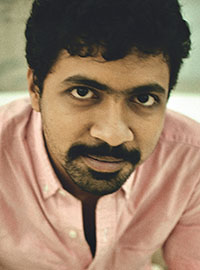 Sameer Kulavoor
One of India’s most sought after illustrators, the founder of independent studio Bombay Duck Designs (BDD) stands out for his work combining music, graphic design and urban culture. His portfolio contains everything from blue-chip global brands to indie music festivals like NH7 Weekender. The Bombay-based visual artist is known in design circles for his versatility and innovative ideas across many mediums. 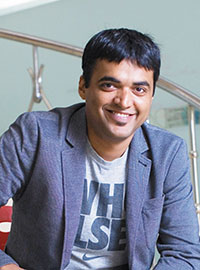 Deepinder Goyal
Zomato is the classic story of highly qualified professionals finding their true calling by solving a long-standing customer pain point. What started off as a few Bain consultants scanning restaurant menus to make ordering food a little easier has turned into Zomato.com, a restaurant directory valued at over Rs 1,000 crore. Goyal and co-founder Pankaj Chaddah are now running one of India’s hottest internet companies, present in some 11 countries. 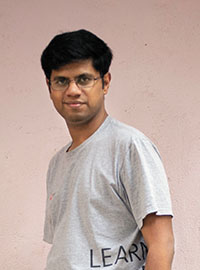 Myshkin Ingawale
That’s Doctor Myshkin Ingawale to you! The former McKinsey consultant co-founded Biosense, a medical equipment company that looks to address the issue of diagnostic equipment being expensive and inaccessible to much of India. For example, uChek uses a smartphone as a platform to perform urine analysis and blood sugar tests, using the smartphone camera to detect changes in colour! The man from Thane, just outside Mumbai, is truly an emerging market innovator.

Tweets by @forbesindia
Pallav Nadhani: Making Data Look Pretty
The Other Contenders for Forbes India 30 Under 30