The ideal modern avatar for the Bonneville 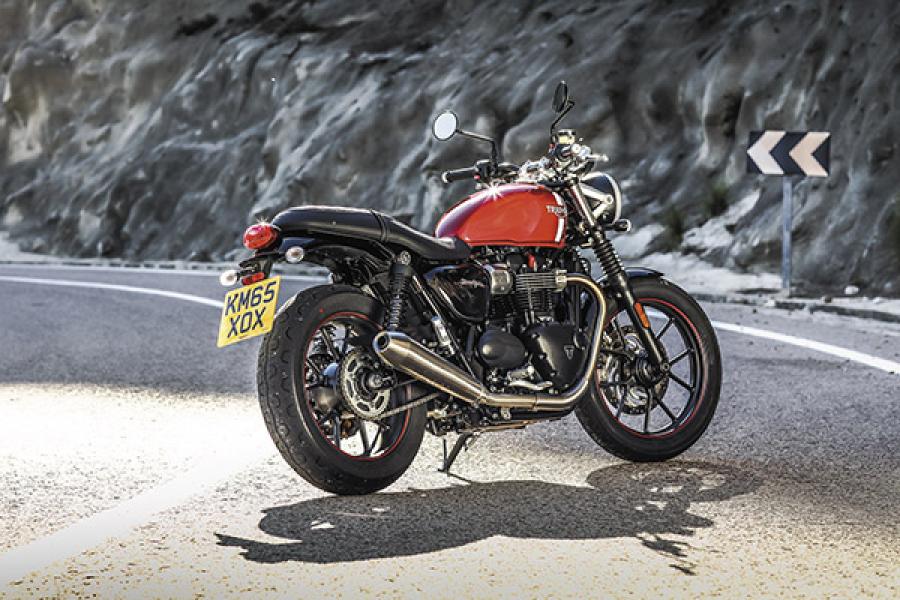 Recreating an icon is tricky, especially when its something as legendary as the Bonneville. The challenge is to bring the Bonneville into the modern era of design and tech without compromising on everything the motorcycle stands for. Although the purists might disagree, I think Triumph has hit the nail on the head with the Triumph Street Twin’s design and technology: It looks like a Bonneville that has thrown away the bell bottom trousers and gotten itself a new pair of skinny jeans.

It is an all-new bike with great attention to detail. For instance, the headlights are now mounted on a cast aluminium bracket and the single throttle body is hidden behind a brushed aluminium cover that looks straight off the muzzle of a .50 calibre Browning machine gun. The clocks are all new with a lot more information—two trip-meters, an odometer and current and overall fuel consumption, aside from the regular tell-tale lights. Signature bits like the blacked-out engine with brushed fins still stay, as does the old-school exhaust.

Both the engine and chassis are all new. The chassis remains a double cradle unit but the steering geometry has been changed. The wheelbase has become shorter and the suspension uses dual rate springs. A kerb weight that is more than 11 kg less and a smaller fuel tank (when compared to the previous Bonnie) make for a very quick steering motorcycle. The tyres—the new Pirelli Phantom Sportscomps—are just as grippy as they were on the predecessor.

The Bonneville was always a rather stiff riding bike and this remains true for the Street Twin. But the new dual rate springs improve the ride quality. 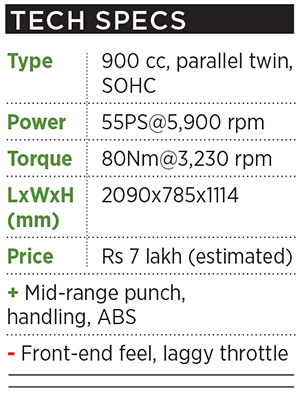 Where the motorcycle falls short is front-end feedback. Just like its predecessor, the Street Twin too has a front-end that feels a bit disconnected. However, that doesn’t take anything away from the capability of the motorcycle.

What the Street Twin likes to do, and is intended for, is moderately fast riding over twisty roads and urban environments. Its engine still uses a parallel twin motor, but the difference is that the displacement has been bumped up by 35 cc and it is now fully liquid cooled. In the process, it is 36 percent more fuel efficient, and has traction control.

The biggest and most significant change in electronics is that the Street Twin gets dual channel ABS. This, combined with better brakes, makes for a lot more confidence while riding the motorcycle fast.

The new Triumph Street twin is a huge improvement over the older motorcycle. It is the ideal evolution of the standard Bonneville.

Tweets by @forbes_india
30 Under 30: Toasting a generation of dreamers
Thoughts on disruption