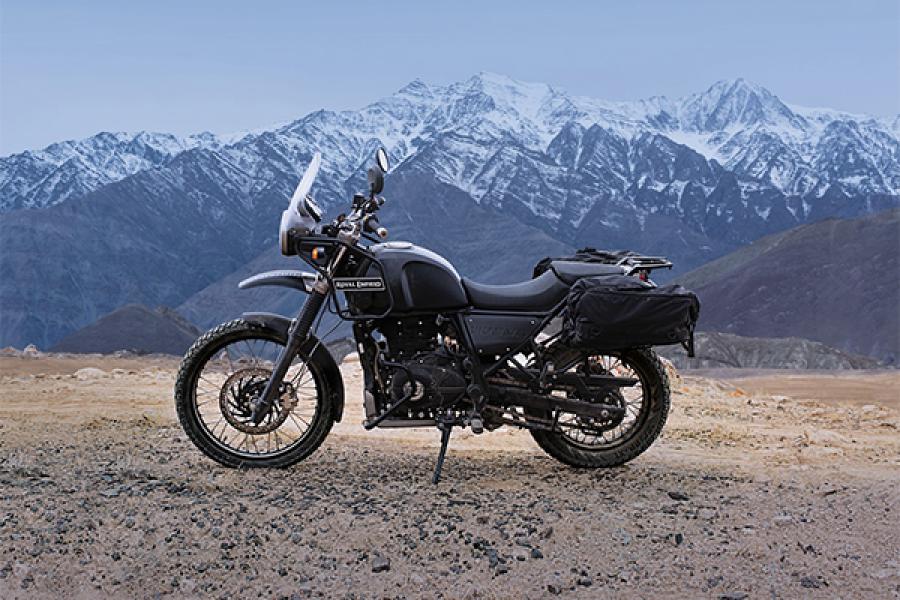 Positioned as a motorcycle purpose-built for adventure and touring in the Himalayas, the two-wheeler is powered by a new LS 410 engine

Royal Enfield unveiled its much-anticipated ‘Himalayan’ motorcycle at an event on February 2, 2016, just a few days ahead of the Auto Expo 2016 event in New Delhi starting this week.

Positioned as a motorcycle purpose-built for adventure and touring in the Himalayas, the Royal Enfield Himalayan is powered by a 411cc single cylinder engine, the LS410 (Long Stroke 410), which can go 10,000 kilometers between oil changes. The two-wheeler also boasts a 15-litre fuel tank that provides a long range of approximately 450 kilometers, and a 220 mm ground clearance to negotiate the rocky river-beds or stream crossings while riding in the mountains.

“The all new engine delivers high torque and usable power at lower RPMs. This makes for smooth riding in higher gears at lower speeds, making it easy to climb hills, or to maneuver through traffic,” Eicher Motors said in a press release on Tuesday.
Introducing the Himalayan, Mr Siddhartha Lal, MD & CEO, Eicher Motors Ltd spoke to Forbes India, explaining the idea behind launching the motorcycle:Royal Enfield Himalayan unveiled in India

Royal Enfield Himalayan unveiled in India A division of Eicher Motors Limited, Royal Enfield has its manufacturing base in Chennai. The brand operates through 12 company-operated stores and 380 dealers in all major cities and towns in India.

According to Eicher Motors, "Royal Enfield Himalayan comes fitted with dual-purpose tyres that lend a confident grip and performance across a range of conditions. In addition to complete braking control, the 300mm front and 240mm rear disc brakes help to reduce braking effort."

The motorcycle will be available in two colour options—Granite and Snow. Bookings for the bike will start from March 17, 2016, across the country.
You can connect with the writer of this article on Twitter