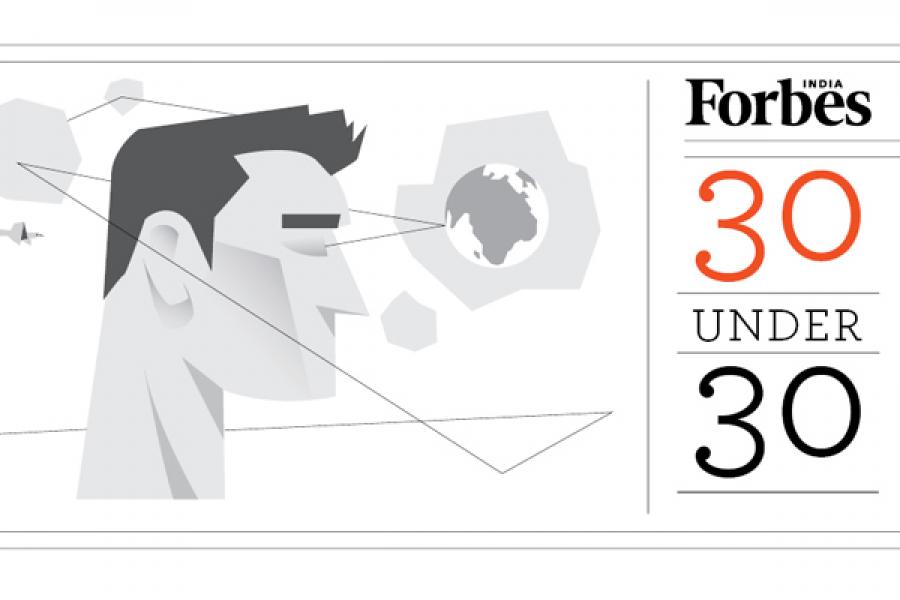 To borrow from Ayn Rand, ‘the question for this generation isn’t who is going to let them but who is going to stop them’. As a torchbearer of individualism, Rand would have approved of the first-ever Forbes India 30 Under 30 list. Sort of. The rider: This isn’t just a celebration of capitalism and profit; it is also in recognition of social value. Do-gooders, geeks, greens, musicians, sportspersons, creative-types and biz kids: The net was thrown wide to catch the best and the brightest.

As the names on the previous page will tell you, it was a worthwhile effort.

It was also an education. Generalisations, it appears, do not apply to the youth. Consider India’s reputation as nerd-land and a skew in favour of techpreneurs and IT geniuses would be expected. But while brilliant professionals dot the landscape, only a few seem to have translated an original thought into a viable, disruptive business proposition. Pallav Nadhani of FusionCharts, Rahul Yadav of Housing.com and Nischal Shetty of JustUnfollow , for instance, score high on both originality and utility.

If there is a slant, it is towards verticals that best suit the lone ranger: Sports, entertainment, the arts. Even there, though, we tried to separate the clichéd from the uncharted and zeroed in on Sushant Singh Rajput  and Rajkummar Rao; and Suhail Yusuf Khan  and Aathira  Krishna; and Rahul Dravid’s purported successor Cheteshwar Pujara.

Plot this list on a heat map and the social entrepreneurship and policy dots would glow red too. Sectors with the potential for real change are drawing them in hordes. There is Rwitwika Bhattacharya  who figured out the best way to get political leaders to perform is by helping them do it; Shashank Kumar  who is committed to empowering farmers. Even those with different skill sets—design, in this case—are not oblivious: So a communication designer, Aditi Gupta , tries to create awareness about menstruation, a taboo subject.

Then some are in it for the happiness quotient: Pooja Dhingra for her macarons and Shivan and Narresh for their bikini sari.

This might be a good point to ask: Where is Virat Kohli? Deepika Padukone? Any sub-30 list should lead with those names. Here’s the thing: They don’t even make our consideration set. The reason is in the purpose behind this search: Forbes India was looking for a spark, for a story that is still waiting to be told and, for the most part, only starting to unfold.

To that end, individuals who are already forces in their fields—household names—will feature on another day, on another list.

As for those who are part of this list of possibility, it really is a question
of who is going to stop them.

Methodology
Will we find 30 under-30s? That was the question that troubled when we started work on this project. The numbers are easy enough to add up but the list had to be representative, relevant and, well, not half-baked.

It was never going to be exhaustive. We knew that. The landscape was too vast, the information too sparse and spread out. But limited though it may be in geographical scope, the rigour in research—and the depth in young talent—has produced quality that satisfies the parameters we had set at the beginning. These are: Trigger: The extent of achievement and his/her impact in a short span of time and the level of disruption/innovation that has been shown; Scope: Scalability of his/her business or line of work; Sustainability: Signs of being a flash in the pan or is there enough indication of a long-run play?

The research took on two legs: One, interviews by Forbes India staffers with sources across relevant categories as well as through studies of databases and media coverage. Two, an online application on forbesindia.com inviting applications from entrepreneurs/professionals who felt they qualified. This helped us arrive at a long list which went up to over 300 names across the 14 categories. (Even this number went through an initial vetting.)

The next step was narrowing down to a ‘short long’ list—the names most likely to make it to the top 30. This pool of 75 names was decided in consultation with experts and observers—and this was the toughest leg. Consider that we had entered the ‘first among equals’ phase where separating the final 30 from the other contenders was, really, a judgment call.

But armed with expert views, the Forbes India editorial team debated, argued and vetoed for hours to finalise the 30 individuals you will read about here. There are those outside the list that couldn’t be left out. They find mention too.