A hit with investors, Dr Lal PathLabs opts to go the IPO way

Private equity players may be clamouring for a stake in Dr Lal PathLabs, but the diagnostics firm has the luxury of not biting 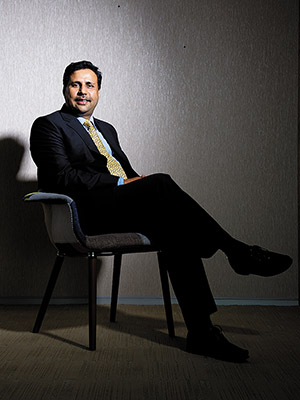 Last month, Dr Om Manchanda, chief executive officer of diagnostics and pathology laboratories firm Dr Lal PathLabs, was in Mumbai to speak at a health care summit. The moment the Gurgaon-based doctor left the venue, an investor from a reputed private equity (PE) fund in South India accosted him and requested for a meeting later in the week. “It’s regarding business,” the investor said by way of explanation. But Dr Manchanda, after scanning his appointment diary, said he only had the time for a quick telephone conversation. The investor agreed, almost as if he couldn’t believe his luck.

There are two things wrong with this tableau. For one, PE players do not usually chase companies, and certainly not at public events. And companies do not walk away when PE firms want to talk “business”. Dr Lal PathLabs, however, has the luxury of brushing aside investors. With 150 laboratories across India that cater to more than 12 million customers every year, the diagnostics firm has already seen its valuation rise by 30 to 40 times over the last decade.

“What’s worked for Dr Lal PathLabs is that it has a hungry and motivated board of directors and founders backed by an equally motivated and skilled management team,” says Sandeep Singhal, co-founder and managing director of WestBridge Capital Partners, which invested in the diagnostics firm through WestBridge Ventures Fund I first in 2005, and then again in 2007, by which time Westbridge had merged with Sequoia Capital India. (The sum and stake stayed undisclosed on both occasions.)

Since 2007, there has been no primary stake dilution in Dr Lal PathLabs, but there have been two tranches of secondary stake sales (when one PE firm buys out another investor’s stake). Three years ago, Singhal and the co-founders of the original WestBridge team severed ties with Sequoia Capital India, and restarted WestBridge Capital Partners. The founders, however, did not want to lose their investment in Dr Lal PathLabs. In the secondary deal which took place in 2013, WestBridge Capital Partners, along with another PE firm, TA Associates, bought the original stake from the Westbridge fund. The two private equity firms together invested $44 million (about Rs 268 crore) and hold about a 30 percent stake in Dr Lal PathLabs. WestBridge’s contribution was $35 million (about Rs 213 crore) in the deal. In this round, it was valued at between Rs1,500 crore and Rs 1,750 crore.

Now, Dr Lal Pathlabs is preparing for an initial public offering (IPO), to be filed next year, and through which it could raise Rs 400-600 crore. And though WestBridge has been invested in the firm for nine years, it is in no hurry to exit. “We continue to be long-term investors in the company and may stay invested even after the IPO,” says Singhal.

Though the diagnostics firm was founded in Delhi in 1949 by the late Dr (Major) SK Lal—he had trained in the Indian Army and later at Cook County Hospital in Chicago—it was only in 2005 that it started expanding its presence rapidly in India. In doing so, it played an important role in organising the country’s fragmented pathology business. From conducting simple blood tests when it started 65 years ago, it acquired the technology to expand into more complex tests. It was the first private firm in India to conduct thyroid tests in 1999; today it offers a host of diagnostics services in oncology, cardiology, infectious diseases and genetic disorders, to name a few.

“It has been able to scale up its business faster than its competitors through cost management, effective use of technology and by bringing uniformity in lab processes,” says Harish HV, a partner at accounting and auditing firm Grant Thornton India.
The credit for this goes to the founder’s son, Dr Arvind Lal, who took over the business in 1977. He began corporatising it in the ’90s by hiring senior management and skilled professionals. In 2005, the 65-year-old chairman and managing director hired Dr Manchanda as a full-time CEO. “As doctors, we can do our job of treating patients well. But to create an organisation, we need managers. I never wanted to control the business,” says Dr Arvind Lal.

According to Singhal, who is on the board of directors, Dr Arvind’s strength lies in his ability to allow others to pitch in. “Many Indian promoters want to grow their business and control it. But not Arvind Lal,” says Singhal.

The two—Lal and Manchanda—have mapped out an expansion plan for Dr Lal PathLabs. They are currently working towards expanding the company’s presence in tier-2 and -3 cities across India.

The diagnostics firm functions in a rather unique way: It has two different business set-ups, one for NCR and North India, which is primarily business-to-consumer (B2C), and the second for the rest of the country, which follows a business-to-business (B2B) model. Here, the diagnostics firm caters to hospitals, but the management wants to reach out to potential clients directly. “We believe there are 40 to 50 cities in India where the B2C model can function well,” says Dr Manchanda.

There are also plans to increase its international presence; at present, it has branches in Riyadh, Nepal, Malaysia, Kuwait, Bangladesh, Muscat and Qatar. “We are considering expanding to South Africa, and could begin with Nigeria. Radiology, too, is a distant possibility,” says Dr Manchanda.

All this will require funds but, for now, Dr Lal PathLabs is confident that it can achieve its goals without another private equity investor.