Amitabh Shah is also a celebrated inspirational speaker on kindness, gratitude and the power of self-belief 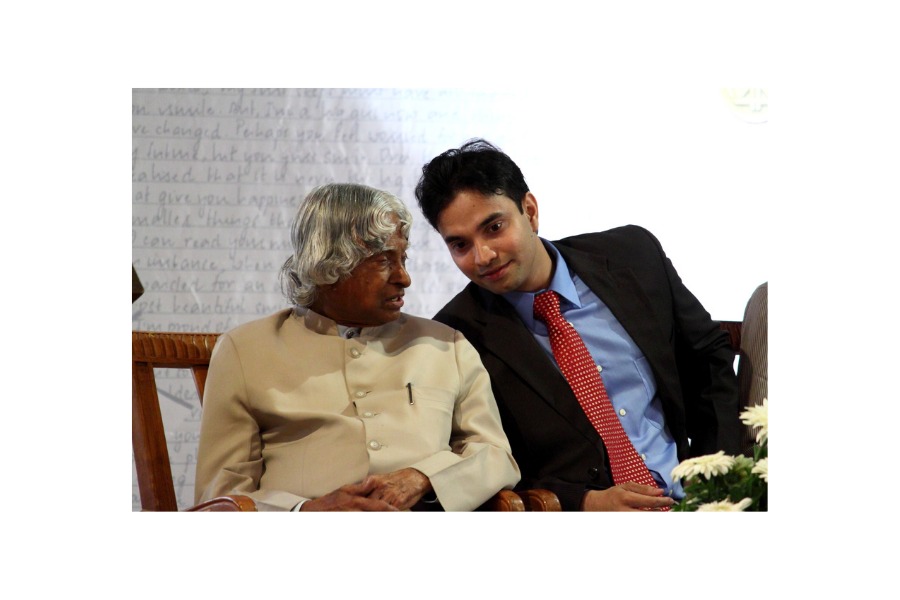 For years, India’s educated, and talented youth have migrated to more developed countries in search of highly rewarding and better paying career opportunities. To find someone from an Ivy League who chose to quit his lucrative and promising Wall Street job offer only to return to his homeland for uplifting the less-privileged makes one quite curious, in the least. Amitabh Shah, a Yale graduate and founder-cum-Chief Inspiration Officer of Yuva Unstoppable, an India-based not-for-profit dedicated to youth empowerment, did exactly that! At 23, when most of his college mates were starting out their careers in the swanky skyscrapers among Bulls, Amitabh was carving a niche in the dusty and humble streets among the underprivileged. He founded Yuva Unstoppable in 2005. And today, the organization is impacting close to 700,000 less-privileged children across 1,800 government schools in the country, in collaboration with 100 plus top corporates. Amitabh Shah is also a celebrated inspirational speaker on kindness, gratitude and the power of self-belief. He has been giving speeches on national and international platforms. Ted, Yale CEO Summit, Wharton, YPO/WPO Forums, IITs, and United Way’s Million Dollar Roundtable are just few among many. 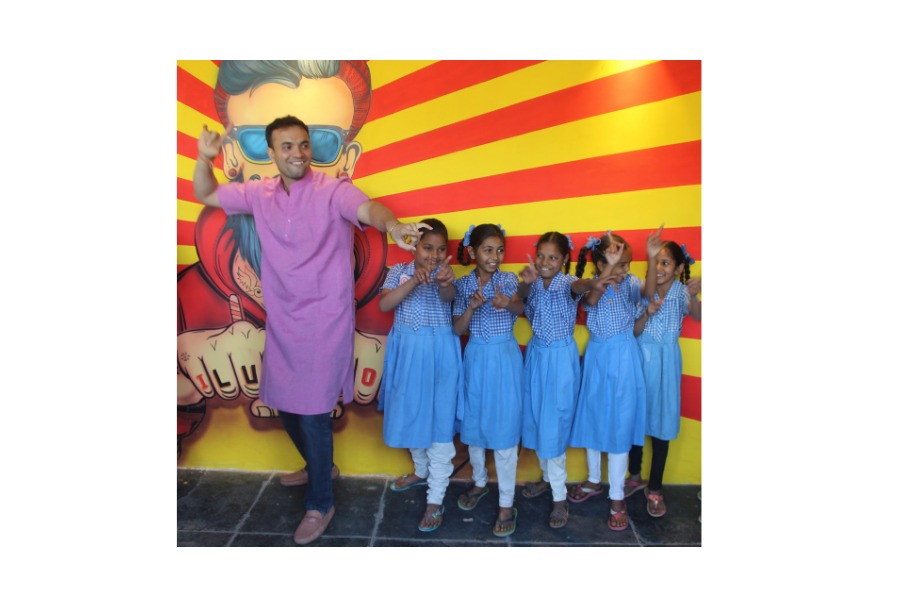 The Turning Point in Amitabh’s Life Amitabh decided to launch this volunteer movement after he discovered the immense suffering experienced by his elderly 82 year old nanny, Kamlaben. Her son had abused and abandoned her. He gathered friends and began volunteering at homes for the elderly, slums and orphanages. There was resistance for the first year from his friends and family. They did not see this as an equivalent to the job and possible career he had given up. But today his family & friends are his biggest cheerleading team. His father, Amit Shah, has been heard recounting how Amitabh Shah always insisted on celebrating his birthdays at orphanages, old age homes or blind children’s home. In his college essays, he wrote about wanting to establish 500 orphanages in this life time. Now, he has upgraded 1700 government schools and continues adding to that number. After launching Yuva Unstoppable as a youth volunteering movement, Amitabh Shah went to Yale. He pursued their Not-For-Profit Management program (MBA) with the aim of expanding his NGO. He reminisces: “More than money, it is important to be happy and satisfied with what you do.  I distinctly remember the conversation I had with my father. I had about $150,000 of educational loan after graduating from Yale. My father said, ‘You can make a lot of money working with a private bank in New York. So why don’t you first work, pay off your loans, and then come back to follow your passion?’ And I remember telling him that one year may earn half a million dollars. But what if I’m not happy with what I’m doing. Why would I spend even a second of time away from these children, who give me so much priceless joy?” Awards and Honours Starting on your own, especially when it’s a non-profitable venture, is far from easy. Besides hard work and risk taking ability, treading on the path of social reform also requires a lot of optimism and self-belief. Amitabh Shah has not only proved that it is doable, but also won many laurels and recognitions for his work. He is the recipient of International Ellis Island Award at The Statue of Liberty in May 2019. It is one of the highest awards officially recognized by the US House of Representatives and Senate. Past winners have been Bill Clinton, George Bush, Muhammad Ali, Rosa Parks, Richard Nixon, Lee Lococa, Indra Nooyi, and MalalaYousafzai, amongst other legends! He is the recipient of 2019 Iconic Youth Award by Rotary International. He was recognised for mobilizing youthful energy and bringing lasting change in education institutions. In 2018, The Center of Peace Studies conferred upon him the title of Sri Lankan Peace Ambassador. Under his leadership, Yuva Unstoppable also won the coveted IBM Impact award for 2017. It has also improved the organization’s social media and corporate communications. He was the 2015 Winner of the Prince's Prize for Innovative Philanthropy, conferred by HSH Prince Albert II of Monaco wherein Jack Ma of Alibaba Group was a semi-finalist. Rakesh Omprakash Mehra made a Bollywood movie called ‘Mere Pyare PM’. It was inspired by the efforts of Yuva Unstoppable grassroots work of sanitation and is definitely one to catch on Netflix! Disclaimer: The views, suggestions and opinions expressed here are the sole responsibility of the experts. No Forbes India journalist was involved in the writing and production of this article.