Architects of electoral wins in Maharashtra and Haryana 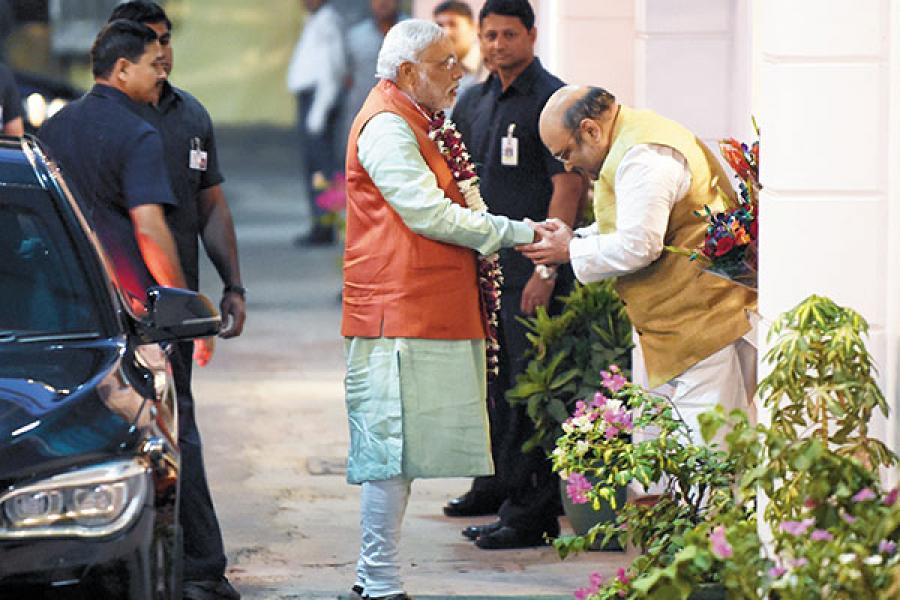 Prime Minister Narendra Modi is greeted by BJP president Amit Shah (right) at the party headquarters in New Delhi ahead of the BJP’s parliamentary board meeting on October 19, 2014. The party enjoyed strong electoral victories in two important states—Maharashtra and Haryana—tightening its grip on power after forming the government at the Centre five months ago. After ending its alliance with the Shiv Sena prior to the polls, the BJP won handsomely in Maharashtra, defeating the Congress which ruled the state with its ally NCP for 15 years. In Haryana, it got a clear majority even though it was not in an alliance with any other party.