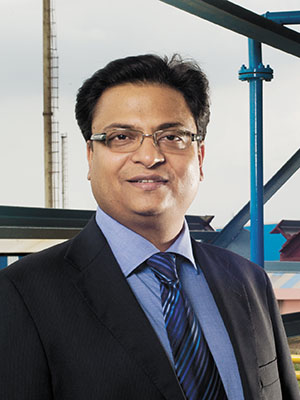 For someone who wants to put R&D at the core of his business—a bet contradictory to his Indian peers—Rajesh Aggarwal, the managing director of Insecticides India Limited (IIL), has had to wait long for a patent. Now that he’s got his first after nine years, he must ensure that the others come in quick succession, if he has to break the Rs 1,000 crore-mark, the sales target he had set while talking to Forbes India in late 2012.

The patent granted to IIL earlier this year was for a process of preparing Acetamiprid, an insecticide for sucking pests. Aggarwal has filed another eight patents for different chemical compounds. The inno-vation in processes brings down production costs for IIL, sometimes by as much as 50 percent, and is critical for the firm as it vies with the likes of Tata Sons-owned Rallis India in the domestic market.

Despite the nine-year delay, the patent success is a much-wanted push for Aggarwal’s bigger ambitions, which is to create new molecules. In September 2012, he’d formed a joint venture with Japan’s Otsuka AgriTechno to set up a research and development centre in Rajasthan to create new molecules for insecticides and herbicides. The JV is investing Rs 500 crore to develop up to five new molecules. “The JV will start filing for patents this year,” says Aggarwal. To complement the R&D, the entrepreneur is ramping up his production facilities in Rajasthan. The success of the JV will be critical for IIL to gain acceptance among investors.