Will China determine the future of Bitcoin?

From coins to paper currency, some of the most important concepts in the history of money first took root in China. Now, this old story may be repeating itself 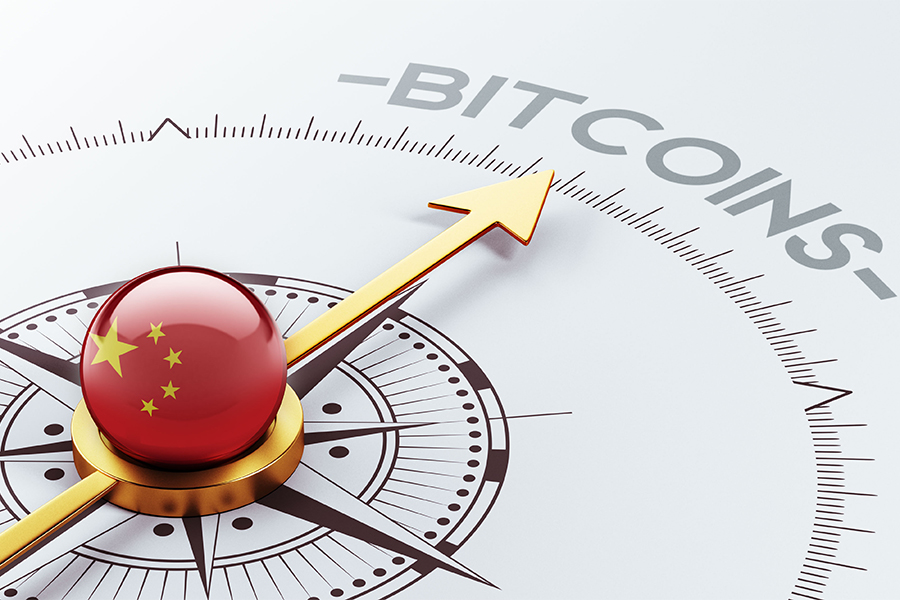 China is where 80% of the bitcoins are minted and 90% of the transactions are made.
Image: Shutterstock


Bitcoin wasn’t invented in China (at least as far as we know: the architecture for the virtual currency was first proposed in 2008 by an unidentified programmer, or group of programmers, writing under the name of Satoshi Nakamoto), but today China is where 80% of the coins are minted and 90% of the transactions are made.

That’s still not saying a whole lot. , According to CoinDesk.com , the global bitcoin market amounts to some $14.5 billion today, roughly the same amount of money as Apple’s European back taxes or a smallish mid-cap stock. However, if the virtual currency’s popularity continues to grow, decisions made this year by Chinese “miners,” investors, and regulators may well determine whether bitcoin fades to a historical footnote, like Napster or the eight-track tape, or becomes the silicon cornerstone of a new global financial order.

A combination of factors thrust China into this decisive role.

First, the virtual currency is much cheaper to produce in China than in the West. Bitcoins are “mined” by special supercomputers whose owners are awarded a coin whenever they complete a complex math problem, a process one writer likened to “rounding up the world’s greatest minds and making them do Sudokus for nickels.” Harnessing these herds of supercomputers for this job makes creating bitcoins incredibly power intensive: one analyst has estimated that by 2020, bitcoin mining could consume anywhere from 417 to 14,600 MW of power—somewhere between the amount of power generated by a small power station and the amount consumed by a country the size of Denmark. This makes China the obvious home for bitcoin manufacturers, because China’s subsidized electricity prices make it one of the world’s cheapest places to plug in a power-hogging computer. It’s also cheaper to set up shop in China because Chinese manufacturers design and build these souped-up adding machines.

Second, the government keeps shrinking the number of investment alternatives available to consumers. “Chinese people are starved for ways to grow their wealth,” says Arthur Hayes, CEO of Bitmex.com, a Hong Kong bitcoin exchange. Stocks, foreign equities, foreign exchange, and property are all not very accessible to most retail investors, he says.

Bitcoin, by contrast, is quite flexible, according to Hayes: there are no minimums, meaning that although a whole bitcoin now trades at over $900, bits of bitcoins are available to anyone with a few spare RMB and a sense of adventure. In addition, China’s more modern banking architecture also improves access: the process of setting up and funding a bitcoin account, which can take three days in the US, takes a half hour in China, he says.

Third, the government has cracked down on popular ways to move money out of the country, such as through Macao, and Joseph Wang, Chief Science Officer at Bitquant Research Laboratories, a Fintech startup in Hong Kong ,says the crackdown is encouraging people to try to move money out through this new channel.

But Hayes disagrees. “I don’t think the majority of Chinese people are actually using bitcoin to take yuan out of the country, just because of how expensive that can actually be versus some of the more traditional ways that people have taken their renminbi out of the country,” he says. “What they’re really looking to do is sell their renminbi and hold an asset that will retain value in the face of what is going to be an extreme devaluation of the CNY and then once that’s happened, they’ll probably take their bitcoin and convert it back into renminbi.”

Why have regulators neglected bitcoin as an escape exit? Hayes says it’s because of the relatively small size of the bitcoin market.

However, other factors may play in bitcoin’s favor as well. Wang points out that the money paid to buy bitcoins doesn’t reduce the country’s foreign exchange reserves, a key government concern. At the same time, Wang speculates, the government may like the idea of encouraging the growth of this ecosystem. “Unless there’s some drastic thing that scares the Chinese government, they really don’t want to crack this down because it’s all contributing to high tech,” he says. In fact, developing a domestic industry around the blockchain—blockchain technology industry—the distributed ledger system used for bitcoin and most other digital currencies—is a provision of the current Five-Year Plan.

China’s lack of regulation has made it easier for bitcoin to take hold. In the US, someone trying to get into the business would need to obtain licenses in all 50 states, a process that can cost a minimum of $500,000 per state and may take two years, according to Wang. A similar license in China requires jumping through many fewer hoops.

So what’s next for bitcoin? Either a lot more excitement or a lot less, observers say. “It’s going to be an exciting year because I don’t think that the price of bitcoin will stay at $1000,” predicts Wang, interviewed shortly before its sharp one day drop from $1100 to $900. “I think it’s going to either go up a huge amount or it’s going to go down a huge amount.”

[The current price of bitcoin is available here .]

In fact, the future may depend on how different stakeholders in China’s bitcoin ecosystem answer some key questions:

Miners: How should we change bitcoin’s architecture?
Unlike transactions with conventional money in which money is always passed from one hand to another or from one account to another, every node on the bitcoin network registers every single transaction. This has a number of advantages in terms of security and speed, according to bitcoin’s boosters, but it also has one big disadvantage: at some point soon, bitcoin’s growth may be held up by the currency’s seven-transaction per second structural limit, in sharp contrast to the 2,000 transactions per second that Visa handles on an average day, according to Bitcoin Wiki, an informational website. This sharply limits bitcoin’s usefulness generally, particularly as a channel for moving capital. “You can use bitcoin to move a million or maybe ten million dollars across the border,” says Wang. “You can’t use bitcoin to move a billion dollars.”
Only a collective decision by China’s largest bitcoin miners to redesign its underlying structure will make it possible to rework the system to make it easier to grow — and at the moment, it’s unclear whether they can reach that understanding. “There’s an intense internal schism about how to accomplish that goal but at the end of the day either bitcoin will scale or bitcoin will not scale and something else will take its place,” says Hayes.

Government: What should our stance on bitcoin be?
“If it turns out that Chinese government policy is favorable to bitcoin, I think you’ll see more and more capital flows going through bitcoin,” says Wang. “On the other hand, if they see something that scares them and they start putting restrictions on exchanges, then I think bitcoin’s going to just plummet.”

Instead, the government might try to encourage adoption of its own alternative money. In addition to promoting blockchain businesses, the current Five-Year Plan calls for the Bank of China to investigate the possibility of launching its own virtual currency.

Investors: If the Trump election means that the US really no longer wants to be the world’s policeman, where should we put our money instead?
In the short run, if the US Federal Reserve does raise interest rates this year as currently expected, holders of US dollar-denominated debt in many countries will want to pay off their dollar-based loans, adding more pressure to get their money out of their home currencies, Wang argues, not just in China but around the world.

This will spur still more demand for bitcoin, Hayes predicts. “I think right now it’s definitely on track to being the reserve digital currency. It’s not going to replace the US dollar or anything, but in terms of Internet money it will be the thing that everything gets priced against,” he adds.

Since 1945, a lot of international trade, including oil, has been priced in dollars. But if as the Trump election suggests, the US no longer wants to worry so much about the world, the dollar might not be as desirable as a reserve currency. But with the RMB and the Euro not up for the job either, investors might turn to bitcoin.

However, Hayes speculates that they may prefer a virtual currency that offers more privacy than bitcoin. “If there are any coins that might supersede bitcoin, it’s anything that has anonymity because that will be the coin that’s preferred by the dark net markets and anyone who wants financial privacy, which is a big constituency of current bitcoin holders,” Hayes says.

The value of one such anonymous currency, Monero, grew 2,700% last year. Such a fingerprint-free currency would be useful for businesses that have rules against using cash that ever belonged to a particular industry, and many individuals would also like to maintain their privacy, according to Hayes.

But one compliance specialist argues that regulators will never allow money to move cross-border without knowing who owns it and where it is going. “Their perspective is that this is a parallel banking system and they need to have controls in place to identify and not facilitate bad transactions,” explains Robert Pargac, a director in the Global Investigations and Compliance Practice at Navigant Consulting in New York.

Or maybe as with vinyl records and physical books, the fashion in money will head back toward analog as well. The next big thing in money? Digital, Wang predicts, but backed by a commodity such as oil – or gold. Gold? “People know gold, they trust gold. It’s nice and shiny,” he says.

In fact, developing a homegrown industry around block chain technology — the distributed ledger system used for bitcoin and most other digital currencies — is even a provision of China’s current Five-Year Plan.