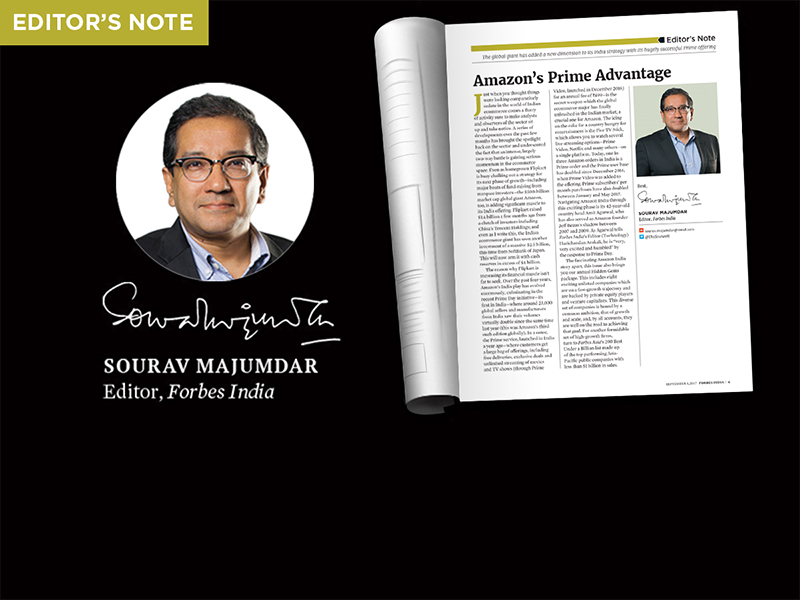 Just when you thought things were looking comparatively sedate in the world of Indian ecommerce comes a flurry of activity sure to make analysts and observers of the sector sit up and take notice. A series of developments over the past few months has brought the spotlight back on the sector and underscored the fact that an intense, largely two-way battle is gaining serious momentum in the ecommerce space. Even as homegrown Flipkart is busy chalking out a strategy for its next phase of growth—including major bouts of fund-raising from marquee investors—the $500-billion market cap global giant Amazon, too, is adding significant muscle to its India offering. Flipkart raised $1.4 billion a few months ago from a clutch of investors including China’s Tencent Holdings; and even as I write this, the Indian ecommerce giant has seen another investment of a massive $2.5 billion, this time from SoftBank of Japan. This will now arm it with cash reserves in excess of $4 billion. 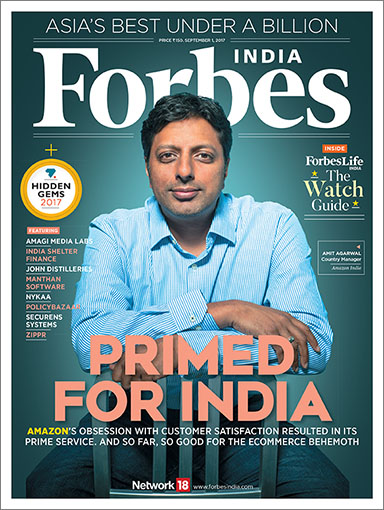 The reason why Flipkart is increasing its financial muscle isn’t far to seek. Over the past four years, Amazon’s India play has evolved enormously, culminating in the recent Prime Day initiative—its first in India—where around 23,000 global sellers and manufacturers from India saw their volumes virtually double since the same time last year (this was Amazon’s third such edition globally). In a sense, the Prime service, launched in India a year ago—where customers get a large bag of offerings, including free deliveries, exclusive deals and unlimited streaming of movies and TV shows (through Prime Video, launched in December 2016) for an annual fee of ₹499—is the secret weapon which the global ecommerce major has finally unleashed in the Indian market, a crucial one for Amazon. The icing on the cake for a country hungry for entertainment is the Fire TV Stick, which allows you to watch several live streaming options—Prime Video, Netflix and many others—on a single platform. Today, one in three Amazon orders in India is a Prime order and the Prime user base has doubled since December 2016, when Prime Video was added to the offering. Prime subscribers’ per month purchases have also doubled between January and May 2017. Navigating Amazon India through this exciting phase is its 42-year-old country head Amit Agarwal, who has also served as Amazon founder Jeff Bezos’s shadow between 2007 and 2009. As Agarwal tells Forbes India’s Editor (Technology) Harichandan Arakali, he is “very, very excited and humbled” by the response to Prime Day.

The fascinating Amazon India story apart, this issue also brings you our annual Hidden Gems package. This includes eight exciting unlisted companies which are on a fast-growth trajectory and are backed by private equity players and venture capitalists. This diverse set of companies is bound by a common ambition, that of growth and scale, and, by all accounts, they are well on the road to achieving that goal. For another formidable set of high-growth firms, turn to Forbes Asia’s 200 Best Under a Billion list made up of the top performing Asia-Pacific public companies with less than $1 billion in sales.

Tweets by @forbes_india
Finding the right people for the job
What will trigger the next financial crisis?