What the Celebrity 100 list says about pay parity, fame

While there's no gap when it comes to performance, the inevitability of such lists being dominated by men tell the tale of disparity in every local film industry and in every sport 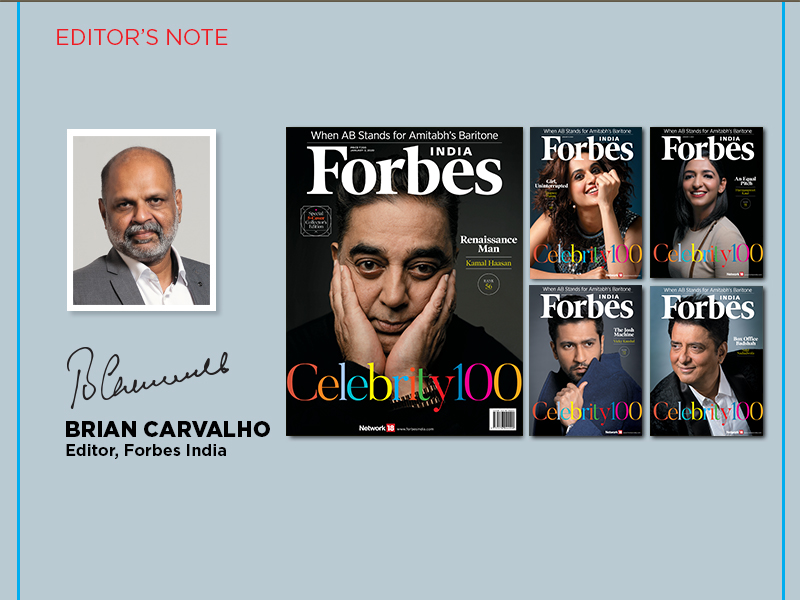 A Gen X pleasure of picking up a newspaper or a magazine and combing it for an image with a striking quote of, say, Diego Maradona, is difficult to illustrate to a Gen Z digital native. Today, you don’t first look for, say, Cristiano Ronaldo in the tabloids or the glossies. You go to Instagram. And you aren’t the only one. CR7, at last count, had 192 million followers, making him the most followed celebrity on the platform in 2019. That’s roughly equivalent to the populations of Germany, Italy and England put together.

Both Maradona and Ronaldo are celebrities, and therefore famous, because of their performance on the football field. But does that mean celebrity status and fame are synonymous? Maybe not. Not in the age of YouTube and Insta, where a channel with a million subscribers and multi-million views can make you famous. Will that make you a celebrity? Perhaps, but not in the league of Taylor Swift or Kylie Jenner, the top two on the 2019 Forbes list of highest-paid celebrities. It’s because of this subtle difference between celebrity status and visibility that we added a second leg to our study of India’s top 100 celebrities. In addition to estimates of earnings—put together from multiple sources by a team led by Salil Panchal—we have the fame quotient, based on Insta followers and good old mentions across the print medium. The 2019 Forbes India Celebrity 100 List has Virat Kohli in pole position. Although No 2 Akshay Kumar earns more than him, it’s Kohli’s sheer universal presence in multiple media, old and new, that helped the cricketer pip the actor to the post. Rankings by just earnings present another problem: The inevitability of such lists being dominated by men, which itself tells a tale of the lack of pay parity across genders in every local film industry and in every sport. In cricket, a whopping ₹6.5 crore separates top men players from the women when it comes to the central contract. And a clutch of women actors from the south who, of late, have emerged as lead protagonists in a bunch of women-centric films finds themselves out of the list mostly because their earnings per film lag those of the poster boys (venerable men, actually). CLICK HERE to view the 2019 Forbes India Celebrity 100 list When it comes to performance, however, there’s no gap. Take Harmanpreet Kaur, India’s T20 captain and one of our covers in this five-cover blockbuster issue. Even not-cricket-crazy audiences will find it difficult to forget her blistering knock of 171 not out off 115 balls against Australia in the semis of the 2017 ODI World Cup. As Kathakali Chanda, author of the Kaur profile, writes: “Its parallel in the Indian cricketing universe would be Kapil Dev’s 175 not out against Zimbabwe in the 1983 World Cup.” Kaur has upped the tempo in women’s cricket and torn down gender divides. In the film world, one favourite reason of filmmakers for plumping for male-oriented masala films is that audiences want them. That attitude may be changing and, as Taapsee Pannu—another of our cover profiles—told Divya J Shekhar, there is a new crop of directors willing to go the whole nine yards with women-oriented films. Case in point: Debut director Tushar Hiranandani, maker of Saand Ki Aankh. “That’s how you bridge the gap today, and make the audience digest experimentation and gender-neutral content,” says Pannu. For more on the outsider’s view from the inside of Bollywood (and Kollywood and Tollywood), don’t miss “Girl, Uninterrupted”. Best,
Brian Carvalho
Editor, Forbes India
Email:Brian.Carvalho@nw18.com
Twitter id:@Brianc_Ed