For now, Coinbase looks like a casino, but its billionaire founder, Brian Armstrong, sees it as just the beginning of the financial liberation of the planet 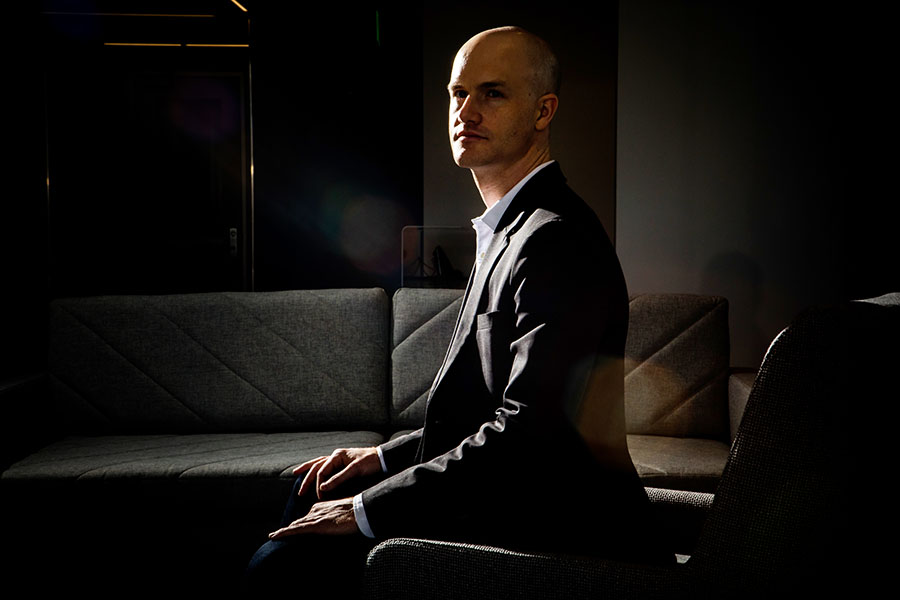 Image: Christie Hemm Klok for The Washington Post via Getty Images
Near the foot of San Francisco’s California Street stand the august stone pillars of a bank dating to the 19th century.
A few paces away sit the offices of Coinbase, the largest American exchange for cryptocurrencies like bitcoin. It’s a beehive of software engineers and young marketing executives. There, the worlds of by-the-books banking and crypto-anarchism collide. In style and philosophy, Brian Armstrong, the 37-year-old billionaire co-founder and CEO of Coinbase, is in the camp of the financial anarchists. He sits, jammed alongside lieutenants, in a row of tiny desks resembling library carrels. He wears a black T-shirt, black pants and shiny white sneakers. He talks about a brave new world in which we are liberated from the shackles of giant banks and government-controlled money supplies. During an expansive interview, this usually reserved and press-shy entrepreneur declares why he got into this business: “I wanted the world to have a global, open financial system that drove innovation and freedom.” In following a business model, though, Armstrong fits in with the pinstriped financiers working down the block. Eight years after its start, his firm has opened 35 million accounts, presides over $21 billion of assets and is on target, we estimate, to top $800 million in revenue this year. That success comes from acting like a bank. Coinbase draws in customer funds via bank wires. It stores its assets—numerical keys that unlock coins—in vaults. It boasts of insurance coverage from Lloyd’s of London. It has a security staff of 41, including an Iraq War veteran assessing perimeter risks and a PhD. cryptographer doing the same for mathematical assaults. The selling proposition here is security—security conspicuously lacking at some of the exchanges with which Coinbase has competed. The Mt Gox exchange in Japan went bust in 2014 after hackers spirited away coins worth $480 million. Customers of QuadrigaCX, which was one of Canada’s largest exchanges, have been unable to retrieve $150 million in crypto since the founder supposedly died suddenly in December 2018, holding the only set of keys to unlock their money. They now want the body exhumed. In order to capture a gilt edge, though, Armstrong has had to veer away from the anti-establishment ethos that got bitcoin going. He plays ball with government inspectors, for example. The Coinbase compliance staff, already numbering 55, is expected to grow to 70 by quarter’s end. They comb through transactions looking for money laundering. They will conform to a controversial new rule that mandates a paper trail when customers move coins from one exchange to another. Coinbase dutifully sends 1099-K reports to the IRS on traders who in one year do 200 or more trades involving a combined $20,000 or more in proceeds. Given all this snitching, how does Coinbase appeal to diehard crypto fans? One way is by having a menu that includes 26 newer currencies, some of which are explicitly designed to offer more privacy than bitcoin does. The other is a service, introduced in August 2018, that enables a customer to move bitcoin into a personal wallet exempt from know-your-customer and anti-money-laundering regulations. “If you are an individual and you want to store your own cryptocurrency, you’re not a financial service business,” says Armstrong, mindful of any US Financial Crimes Enforcement Network cops who might be listening. “And there are companies, including us, who provide tools for people to store their own cryptocurrency and use it.”

***** Born near San Jose to engineer parents, Armstrong displayed an entrepreneurial streak as early as grade school. He recalls being hauled into the principal’s office on charges of operating a candy-reselling venture on the playground. The business flings continued with a scheme to resell used computers and, after he earned a master’s degree in 2006 from Rice University, a startup that matched tutors to students. He worked on the education venture while living in Buenos Aires. “I had just decided, I’ve never been to South America. I want to travel for a year and try to work on this remotely as an adventure. Figure out what I want to do with my life,” he says. “[It] was an interesting experience to see the financial system in another country like that, that had gone through hyperinflation.” 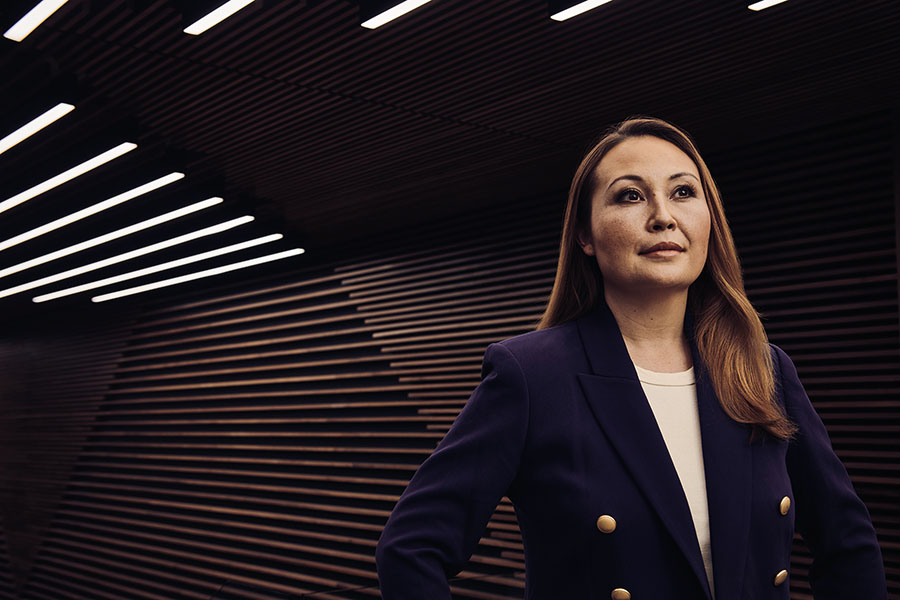 Coinbase’s chief operating officer Emilie Choi
Image: Ethan Pines
Later, as a coder at Airbnb, Armstrong had his crypto epiphany. His employer was sending money to landlords in Latin America. He describes the process this way: “High fees... long delays... opaque. We’d try sending money to somebody in Uruguay and didn’t know how much would show up on the other side.” In 2010 he read the manifesto, published by a person (or persons) under the alias Satoshi Nakamoto, that proposed bitcoin as an underground currency. Its transactions are recorded on a ledger called the blockchain, maintained in duplicated computer files by a band of self-appointed guardians called nodes. Disputes about transactions and ground rules are resolved by majority vote. The nodes are kept honest, and trouble-makers at bay, by requiring a participant in the network to engage in some arithmetic busywork before certifying a batch of transactions. A node who completes the arithmetic task is awarded a few new coins. The busywork, called mining, did not interest Armstrong. But he did see an opportunity in the business of safeguarding the keys to the coins and setting up transactions. Anybody can do that with some readily available software, but if you mishandle the protocol, your coins will be stolen or lost. Armstrong took a flyer on bitcoins, buying $1,000 worth at $9 a coin. The price sank to $2. He kept the faith. Working weekends and late nights, Armstrong wrote code in Ruby and JavaScript to buy and store coins. He was doing for the bitcoin network what an earlier generation of programmers had done for the internet by creating browsers. 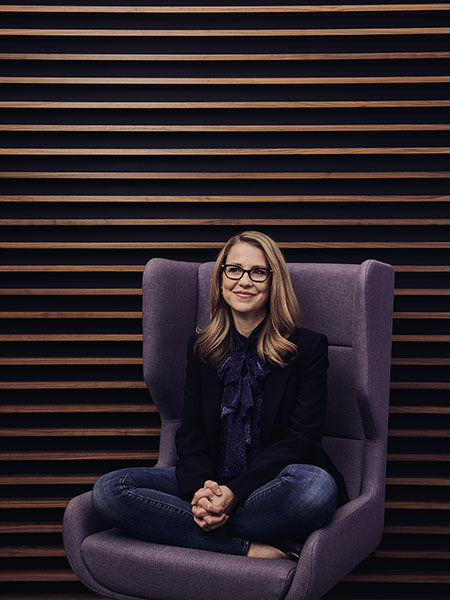 Tweets by @forbes_india
The global Covid-19 crisis is poised to get much, much worse
Diya Shukla's VSupportIndia â€“ changing lives one at a time