Flush from a run at the Asian VIP casino take, Aussie operators gird for a wider resorts battle 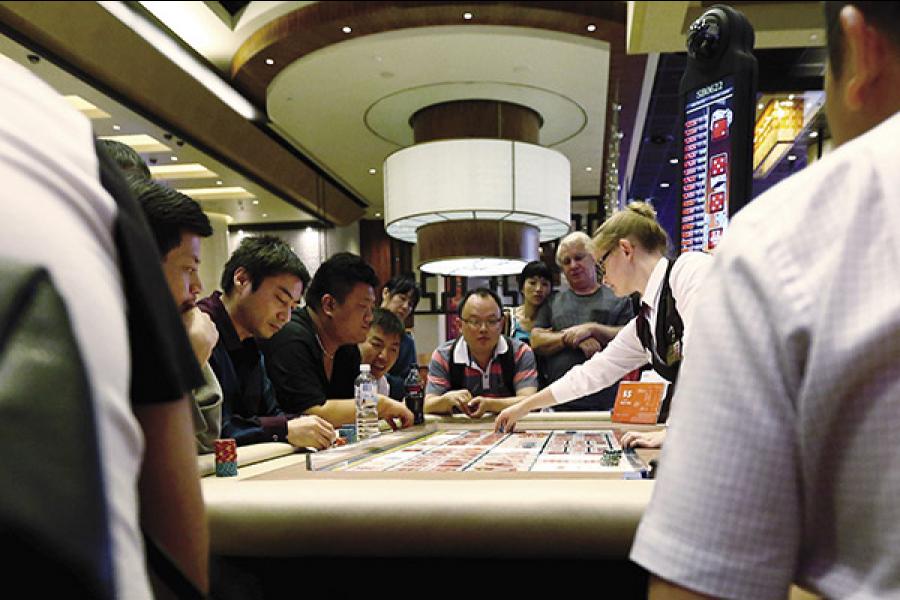 Image: Jason Reed / Reuters
“Players from all Asia regions, in particular, Chinese players, have provided the growth in the market.”

Australian casinos are all-in on Chinese. Last year, for the first time, the Lucky Country welcomed more than 1 million Chinese visitors, many eager to try their luck on trips for business, visiting relatives or sightseeing. The Chinese, particularly high rollers, have buoyed Australian casinos even as Macau’s ‘VIP’ gambling revenue has been cut in half.

Those would be Crown Resorts, 53 percent owned by billionaire James Packer, and The Star Entertainment Group, formerly Echo Entertainment, which grew out of the old Tabcorp state gambling franchise. A distant third player in most counts of the Aussie action is SkyCity, with properties in Adelaide and Darwin and three in New Zealand.

The groundwork for this battle was laid in a three-year run during which the key Aussie casino operators racked up 58 percent gains in their ‘international commission business’ betting volume—to $92 billion by fiscal year 2015, which ended that June. Morgan Stanley estimates that by then Australia had 8 percent of the world’s VIP gambling revenue, or casino win.

“Players from all Asia regions, particularly Chinese players, have provided the growth in the market and made up for any falls from local players in what’s been a tough Australian economy in recent years,” says Global Market Advisors partner Shaun McCamley, formerly a senior casino executive in Australia and east Asia.

Australia’s Chinese visitor count doubled between 2011 and 2015 and is still rising—up 23 percent in June from the year-ago month. In the 12 months to June, China surpassed neighbouring New Zealand as Australia’s leading source of visitors, though it is at least five flying hours more distant. China also leads in visitor spending, up 38 percent last year to A$8.9 billion.

Growing ties are a factor: Chinese immigration and students in Australian universities, property purchases and closer business links bolstered by a bilateral free trade agreement in force since December. And tourist-friendly policies include easing visa rules and choosing China for a trial programme allowing travellers to purchase expedited entry processing at airports.

So the stage is set for a renewed battle for gambling revenues as part of a wider ‘integrated resorts’ competition. The image of a safe place with outdoor beauty, good food and wine and plenty of water sports is powerful in China. “In other parts of the world, destinations talk about building non-gaming attractions. In Australia, we have them in place naturally,” a Star spokesman says.

Crown leads Australia’s casino market, in part because it actively pursued Asian gamblers from the launch of Crown Melbourne in 1993. It says more than a third of its Australian revenue comes from international visitors, including “a significant proportion from China”. Marketing consultant Sudhir Kale, also a professor at the Gold Coast’s Bond University, says 60 percent of players at Crown Melbourne are Asian, predominantly ethnic Chinese—though this can include domestic residents—and among its top 200 players, only one is not Asian.

Following Macau’s gambling liberalisation in 2002, Crown and Melco International, controlled by Lawrence Ho, formed Melco Crown, building three Macau casino properties, plus City of Dreams Manila. Crown announced in May that it would reduce its Melco Crown stake from 34 percent to 27 percent—but it is finding plenty of Chinese action at home.

Crown is investing $2.8 billion in its Australian properties, including a “six-star” hotel opening later this year at Crown Perth. Crown Melbourne, currently with 1,600 rooms, plans to add 400 rooms “to meet future visitor demand, particularly from China,” the company tells Forbes Asia. In June, Crown received final government approval for a $2.8-billion resort on Sydney Harbour at Barangaroo, expected to open in 2021 with frontline staff who speak Mandarin. 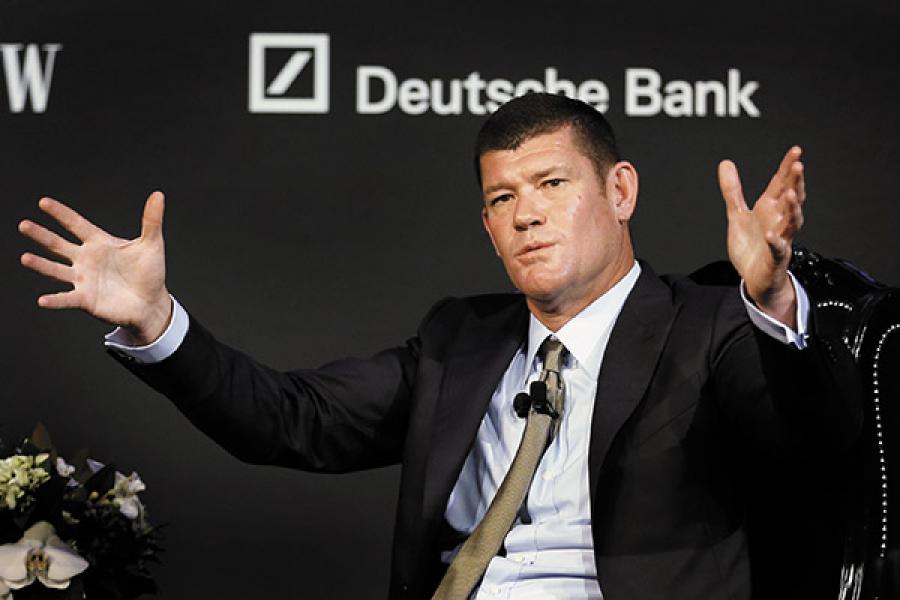 “The Chinese partnership is of enormous import for Star, not only for access to capital but for networks in China,” consultant Kale says. Thanks to Far East’s links to leading mainland tour agency China Travel Service (CTS), Star is negotiating travel deals with CTS and seeking its advice on hotel branding for upcoming projects.

Aquis is the brainchild of Tony Fung, former chairman of Hong Kong’s Sun Hung Kai Securities and scion of another property-development fortune. Both resort proposals have faced environmental and other challenges, including the recent slowdown in VIP revenue on which they would depend. 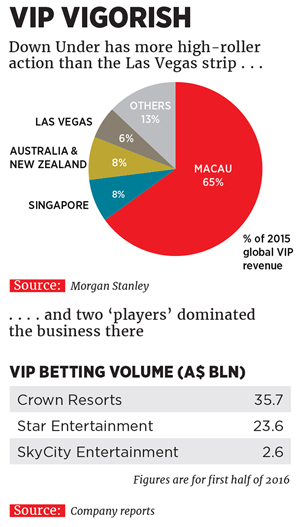 “Australia’s Chinese-VIP-player market has definitely contracted over the last eight to 12 months as a direct result of China’s anti-corruption drive,” consultant McCamley reports after chairing the Gaming, Racing & Wagering Australia conference in Sydney in August. For fiscal year 2016, Crown reported a 7 percent fall in VIP revenue. Morgan Stanley says Australia’s VIP revenue declined in the last six months of 2015 and expects no better than mid-single-digit growth this year.

But that just inspires companies to reach for a wider Chinese clientele. While evaluating its Cairns options, including a downsized resort sans casino, Aquis Entertainment, listed in Australia, gave its Casino Canberra an A$14 million makeover and has proposed an A$307 million gambling resort for the Australian capital. “Asia is a key market” for that project, Aquis executive director Jessica Mellor says.

ASF has removed the cruise terminal and relocated its proposed gambling resort site. Reportedly, advised that a local partner could help win regulatory approval, ASF opened talks with Crown about operating the casino, a 15-minute drive from rival Star’s Jupiters.

You might say that Australia’s high stakes contest for Chinese money is moving away from the tight VIP quarters and heading for the beach.

Tweets by @forbes_india
The Irani flavours of Pune
Past tense, present perfect, future ready: How Hero MotoCorp has put the Honda split behind it