WordPress, the open-source blogging tool, controls 17 percent of the web. So why isn't founder Matt Mullenweg the richest guy on the planet? 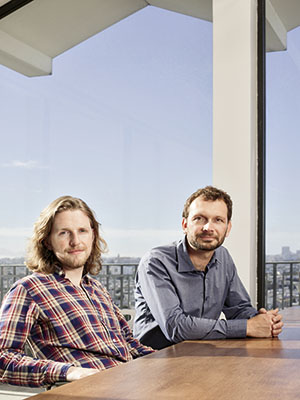 Matt Mullenweg was a 19-year-old freshman at the University of Houston when he clicked ‘publish’ on a new blog post. His personal website, Photomatt.net, was growing, he explained, but he needed a better publishing tool to replace the neglected, open-source software called b2 that he preferred. “It would be nice to have the flexibility of Movable Type, the parsing of Textpattern, the hackability of b2 and the ease-of-setup of Blogger,” he mused, citing the popular blogging services of the day. “Someday, right?”

That hit-the-button moment on January 24, 2003, can’t quite compare with Cyrus Field’s first transatlantic telegraphic message or the flick of George Westinghouse’s electric switch at the World’s Columbian Exposition. But Mullenweg made his own history. He immediately set out to create WordPress, the online publishing software that is now the Web’s lingua franca—the world’s leading blogging platform and the crown jewel of Automattic, the San Francisco outfit Mullenweg runs with CEO Toni Schneider, a veteran developer, entrepreneur and venture capitalist.

Today WordPress powers one of every six websites on the internet, nearly 60 million in all, with 100,000 more popping up each day. Those run through its cloud-hosted service, which lets anybody create a free website, attract 330 million visitors who view 3.4 billion pages every month.

Given the ubiquity of WordPress, why isn’t Mullenweg, now 28, a billionaire? Since its founding in 2005, Automattic has chosen scale over scratch, giving away much for free. Only 1 percent of WordPress.com devotees pay. Not among them: Users of WordPress.org (the open-source version), who run servers and implement the software themselves. A small percentage has only recently been coaxed into paying for additional features like file backups. Automattic implemented an ad-sharing service—on a limited basis—just last year.

“Monetisation is just at the beginning,” Schneider insists. The company is profitable, he adds, having doubled sales every year since 2005. Yet, Automattic projects just $45 million in sales for 2012, a small whorl of its enormous footprint.

Mullenweg is in no rush. With a wispy beard and shoulder-length hair, he has the look of a quiet messiah. His soft, sandy voice sounds earnest, especially when discussing open-source software. When Mullenweg was a kid, his father, a software engineer at Halliburton, let him help rebuild computers in their Houston home, a skill he soon parlayed into a business. Matt built his first website at age 12 and found blogging at 18, eager to share his photos from a trip to Washington, DC. By 19, he felt confident enough in his programming skills to contribute code to b2, his favourite open-source project.

After his January 2003 blog post, Mullenweg teamed up with Mike Little, a programmer from Stockport, England, who offered to help build new blogging software. They released the first version of WordPress in May. It offered relatively easy installation and enough customisation to please code-savvy bloggers. In a field dominated by Movable Type, their service attracted thousands of users through word of mouth. After Movable Type’s owners decided to charge users in 2004, WordPress attracted a deluge of incensed refugees fleeing the company.

By that August, WordPress boasted 15,000 users and a pack of loyal developers refining code for free around the world. Mullenweg dropped out of college to take a job at CNET Networks in San Francisco, helping navigate the new world of blogging and online media. “In those first couple of months, I met almost all of the people I still work with to this day,” he says, including blogger Om Malik, investor Tony Conrad and Toni Schneider.

Schneider changed his life. By 2005, Mullenweg had already rebuffed venture capitalists and takeover offers from companies eager to capitalise on the brand’s loyal following. That April, he publicly apologised for a half-hearted stab at funding WordPress with advertising. His chief concern was that someone might try to turn WordPress into a commodity and wreck its open-source efforts. “Part of my resistance to making it a business was that I hadn’t met someone who could meld the business side of things with my philosophy,” he says. Then along came Schneider.

The two met over lunch. Though Mullenweg was 30 minutes late, they hit it off, and lunch turned into early evening. A Swiss software engineer, Schneider had recently sold web mail service Oddpost to Yahoo for $29 million. In further discussions over the next few months, they kicked around ideas about the future of WordPress.

Quitting CNET in October 2005, Mullenweg launched Automattic in December, when it raised $1.1 million from Polaris Ventures, True Ventures (where Schneider is a partner), CNET and Radar Partners. Schneider joined as CEO in January 2006.

To avoid cannibalising WordPress’ open-source community, Automattic took advantage of the rise in cloud computing to create WordPress.com. On WordPress.com, any layman can go online and create a professional website without worrying about hosting or server setup. Automattic makes its money through a ‘freemium’ model, where a percentage of customers opt to pay for such features as backup and premium domain names.

Users published 2 million websites in the first two years. Soon media companies joined in, hounding Automattic to handle their own content-management systems. It acquiesced in September 2006 as tech writer Robert Scoble became the first client to switch to the company’s VIP product. CNN, along with technology blogs like GigaOm and TechCrunch, followed soon after.

Revenues were never spectacular. But at low single-digit millions in 2008, Automattic could break even and fend off a “very generous offer” from a suitor. Instead of cashing out, it raised $29.5 million from its previous investors, including the New York Times, which now runs many of its own blogs on the service. “That was a big pivot point,” Schneider recalls.

Along with independence, Automattic has an idiosyncratic workplace. As a legacy of its open-source roots, its 120 employees are spread across 24 countries and five continents. Although most work alone at home, each team—usually made up of five or six people—has a generous budget to travel; social connections, Mullenweg believes, are important for collaboration. Groups have gathered in Hawaii, Mexico and New Zealand. Once a year, everyone meets for a week at an accessible destination with a solid internet connection. A distributed workforce means Automattic can hire talent from around the world—without having to offer the perks and pay of Google, Facebook and Apple.

Outside Automattic, a massive community of developers and consultants make a living directly off WordPress. In a recent survey, the company found 20,000 people across the globe hosting blogs, designing websites and offering maintenance services for WordPress users. Where one executive might see lost revenue, Mullenweg sees long-term value, letting Automattic focus while outside players fill in the gaps. “We look strange from the outside,” he says.

Still, you’d expect more top-line juice from a company with 17 percent of the web under its thumb. Sixty percent of revenue stems from add-ons for WordPress.com websites—like custom domain names, premium design templates and security services. VIP clients, who pay $5,000 to $50,000 each month, are another 20 percent. The rest comes from advertising.

Last November, Automattic partnered with Federated Media to introduce WordAds, its first major foray into online ads, serving display ads across the most popular blogs. Since then, 10,000 sites have joined the programme. How to make money off the WordPress multitudes? VIP’s tiny support staff (just 14) makes it more difficult to expand that service. WordAds is still in its infancy but clearly the focus is on growth. With the bulk of revenue coming from premium fees for WordPress.com, Schneider wants to offer more options and push them more aggressively. New to setting up a blog? You can ditch the ‘.wordpress’ part of your web address for $18 a year; for $99 you get ‘WordPress Value Bundle’ with HD video, increased storage space and customisation tools.

Even the nonprofit side is being drawn into the mix. Automattic recently released JetPack, which lets self-hosted WordPress.org websites access cloud-based add-ons like commenting, analytics and social media tools. Although paid options are currently limited to backup and security, tapping this huge pool of potential customers opens up more opportunities for monetisation over time.

“For WordPress to be world class, it needs to have a sustainable model,” says Mullenweg. Still, it’s clear on what side of the profit divide his head and heart lie. He spends much of his time visiting a dozen ‘WordCamps’, or WordPress conferences, around the world each year. Most attendees are WordPress.org users, not part of the 1 percent who pay Automattic’s bills.

Cyrus Field and George Westinghouse weren’t quite as generous with their inventions. But they died rich.