People in the southern Indian constituency have also rejected 'communal' BJP, Congress supporters say as the party president won with a record lead 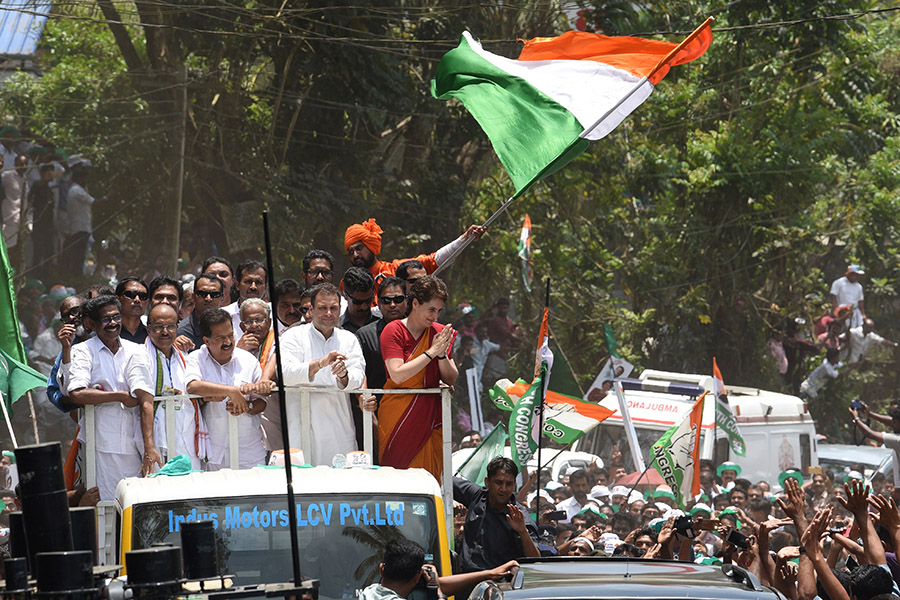 For people in Wayanad district in the southern Indian state of Kerala, it was a business-as-usual day on Thursday, as Lok Sabha election numbers and results rolled out. For them, there was little need for big celebrations, as it was a foregone conclusion that Rahul Gandhi (48), president of the Congress party, and ‘Prime Ministerial candidate’, as many locals saw him, would win. He did so with a record lead of more than 400,000 votes over his nearest rival. His main rival in the contest for the seat from the constituency to the lower house of India’s Parliament was PP Suneer (51) of the Communist Party of India. And, unlike elsewhere in the country, the Congress swept a majority of the 20-constituency state of Kerala, based on results from the Election Commission of India. Wayanad is a rural district located amidst the green hills of the Western Ghats. It is dependent on its cash crops including coffee, pepper and other spices, and on tourism. Locals are facing problems in each of these sectors and have other issues such as lack of good hospitals, for instance. And Suneer is widely seen as a politician very aware of the local conditions. Yet, Rahul Gandhi’s national presence has trumped all that. “He is a gentleman, that’s what I think, and he is a national figure,” said Anish Baby, an aluminium fabrication technician. “I don’t know what else to say, I don’t speak English or Hindi,” he added, speaking his native tongue of Malayalam. It was a theme repeated by other locals Forbes India spoke to. People identified themselves with the language at least as much as their religion, if not more, in a constituency dominated by Muslim and Christian voters. “No English, no Hindi, only Malayalam,” said Biju, a man in his early thirties who didn’t want to say anything more about himself. “And Rahul Gandhi is Prime Minister candidate.” At the district Congress committee office in Kalpetta, one of three municipal towns of Wayanad and the district’s administrative headquarters, a hall was filled with Congress workers and local party leaders, following the election results on television. The air was more of calm anticipation than of jubilation. “Kerala is a secular state and naturally people here have chosen a candidate representing those secular aspirations,” Congress’s IC Balakrishnan, a member of the legislative assembly in Kerala, from the Wayanad town of Sultan Bathery, told Forbes India in an interview. “Furthermore he is our Prime Ministerial candidate,” said Balakrishnan, who is also the president of the District Congress Committee in Wayanad. While the Congress party relied on the star power of Rahul Gandhi and his sister Priyanka, who helicoptered in and addressed rallies in April, speaking in English, the CPI depended on the personal touch, going house to house. It also held road shows featuring its top leaders such as Sitaram Yechuri. And that the CPI had a special manifesto specifically for Wayanad was also something it was banking on. Exit polls such as the one by Mathrubhumi-Karvy had already predicted that the electorate would show a preference for Rahul Gandhi’s national presence versus Suneer’s regional and local achievements and knowledge. “Support (for the district) from the state government has limitations,” said Ojas Devassy, a 34-year-old bank worker who also described himself as a Congress activist. “With Rahul Gandhi at the Centre, we will get more central support,” he said.