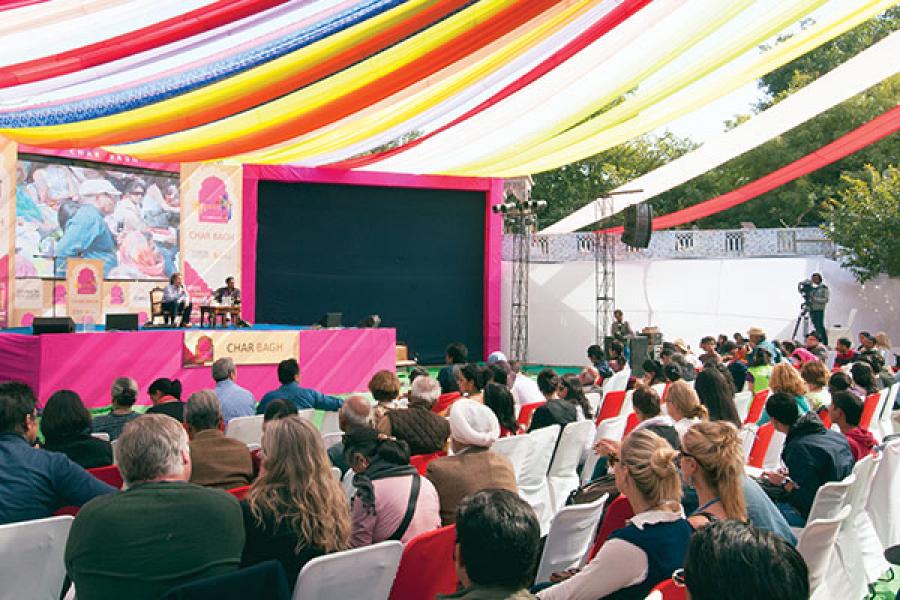 GATHERINGS
Jaipur Literature Festival
Diggi Palace, Jaipur, Rajasthan, January 21-25, 2015, jaipurliteraturefestival.org
Dubbed the largest free literary festival on earth, the Jaipur Literature Festival brings together some of the greatest thinkers and writers from across the world. The ninth edition will see a gathering of eminent literati like Nobel laureate VS Naipul, British author Hanif Kureishi and celebrated travel writer Paul Theroux, and will have a number of themes across sessions and panel discussions. Poetry will be one of the highlights of the five-day event as will be South Asian writing and the rich literature of the ‘Seven Sisters’ of the North-East.

Imagined Immortals
Vadehra Art Gallery, Defence Colony, New Delhi, January 18-February 14, 2015
Anju Dodiya’s latest solo at the Vadehra Art Gallery, and her first in Delhi since 2010, will showcase her new body of work that, in her own words, “explores mortality, the fragile nature of the human body and the heroic aspirations that keep it going”. To be exhibited for the first time, they include mixed media artworks. By turning the printed pages of a medical illustration book into her canvas, Dodiya solidifies the relation between the living and the dead. 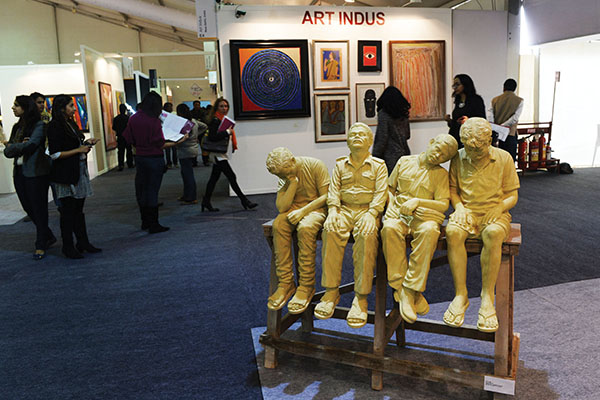 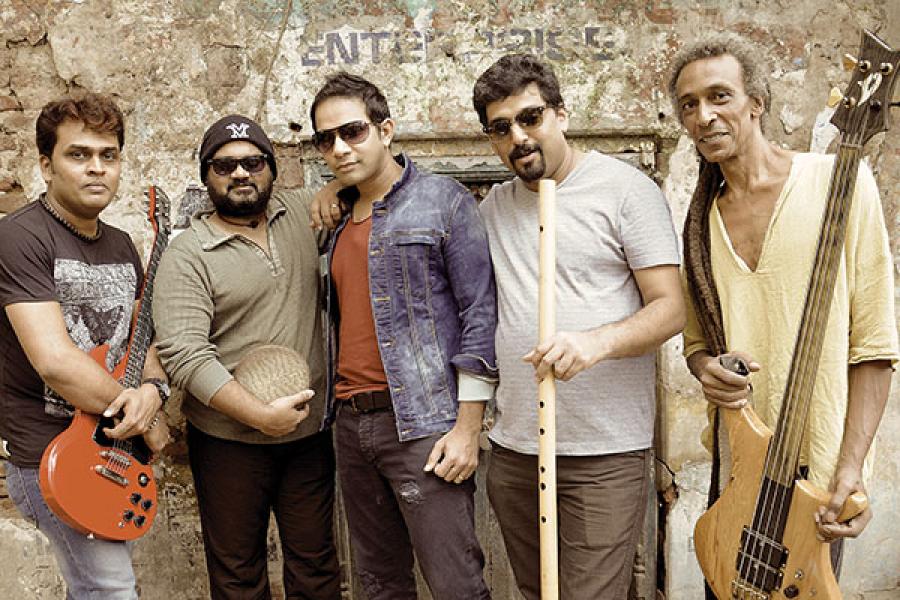 SPOTLIGHT
Arka—Celebrating Modern India
Nehru Centre, Mumbai, January 16 (& then at other venues across India)
Arka is a new band that plays a fusion of classical, jazz and pop. The stellar line-up is kanjira maestro and percussionist Selva Ganesh, flautist Ravichandra Kulur, vocalist  Karthik, French bassist and composer Mishko M’Ba, and drummer Gino Banks, with guest guitarist Santosh Chandran. Their album, And A Half, launches at the same time.

FRESH OFF THE SHELVES
• War Room: The People, Tactics and Technology Behind Narendra Modi’s 2014 Win
By Ullekh NP (Roli Books)
A peek into the scale and scope of the blitzkrieg that launched PM Narendra Modi.
• Gandhi At First Sight
By Thomas Weber (Roli Books)
Weber brings to life a bouquet of heartfelt moments of people—from Sarojini Naidu to Romain Rolland—who met Gandhi for the first time.
• India Shastra: Reflections on the Nation in our Time
By Shashi Tharoor (Rupa)
Tharoor’s collection of essays reflects his insights into Indian society, economics and politics.
• After Tendulkar: The New Stars of Indian Cricket
By Soumya Bhattacharya (Rupa)
The book covers the highlights of Tendulkar’s last Test, the careers of Indian cricket’s Fab Five, and stories and exploits of the news stars.
• Miles To Run Before I Sleep
By Sumedha Mahajan (Rupa)
The true story of a woman who followed her passion: Running. Mahajan plots her journey that has overcome health issues and social prejudices.
• Forgetting
By Devashish Makhija (HarperCollins)
These 24 stories explore individuals trying to leave their pasts behind. From twin rickshaw drivers suspected of terrorism to a merchant who envies each saree he sells for the intimacy it’ll share with the woman who wears it.

(This story appears in the 23 January, 2015 issue of Forbes India. You can buy our tablet version from Magzter.com. To visit our Archives, click here.)

Tweets by @forbes_india
Why decisive leadership matters
Thoughts on brevity