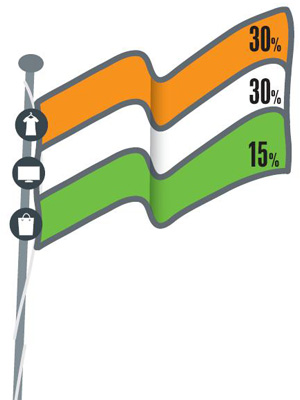 Over the last three years, Indian retailers have been assiduously trying to convert August 15 into a mega sale event, hoping to entice shoppers with discounts. This year, sales at most retailers were particularly good, as August 15 fell on Monday, allowing them to make the most of a long weekend. In general, sales were up between 25-30 percent — electronics did the best. While sales were up at least 30 percent, some companies said that when the final numbers are in, they could even be as high as 50 percent.

The last two years have seen Independence Day fall on weekends. It will be interesting to watch what happens next year, when I-Day is on a Wednesday.