No other magazine has found its way into more songs 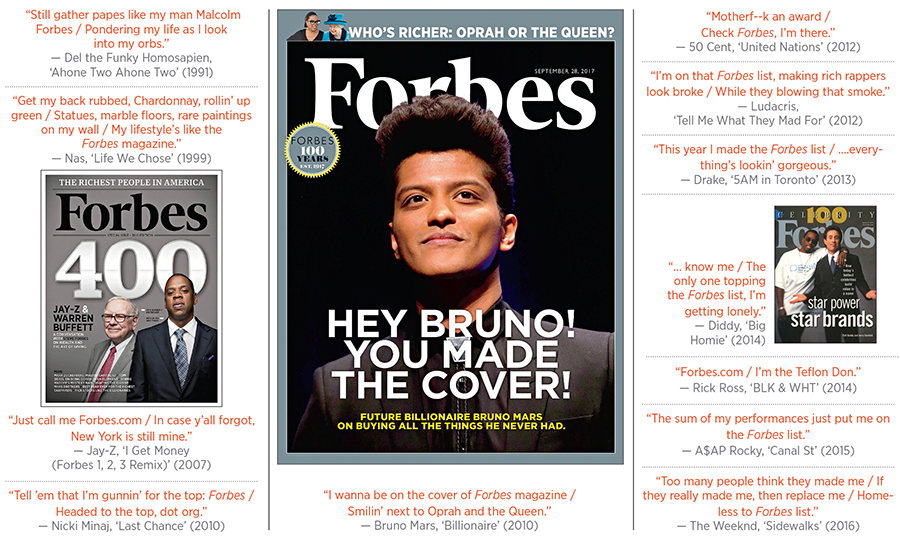 The surprise guest at the 1989 Grammy boycott party was not LL Cool J or Will Smith but a gentleman who roared down Sunset Boulevard on a motorcycle: Malcolm Forbes. “Hey, man,” he announced upon arrival, “I’ve got the chapter and the verse!” Hip-hop pioneer Fab 5 Freddy, one of the co-hosts, was stunned: “America got to see that Malcolm Forbes from Forbes magazine was down with the programme.”

Since then, especially after the launch of our first Hip-Hop Cash Kings earnings list in 2007, no other publication has found its way into more songs—from rap to R&B to pop—or inspired more verbal acrobatics to create something resembling a rhyme. From Jay-Z to Bruno Mars (who gets his musical wish granted with a fake cover), here are a few of the high notes.

Tweets by @forbesindia
Chinese companies in India: Fighting for the next big market
The sun never sets on Forbes