Often the problems involve the way in which the hardware interacts with Apple's CarPlay or Google's Android Auto software, which allow drivers to use their phones to navigate, communicate or listen to music and podcasts 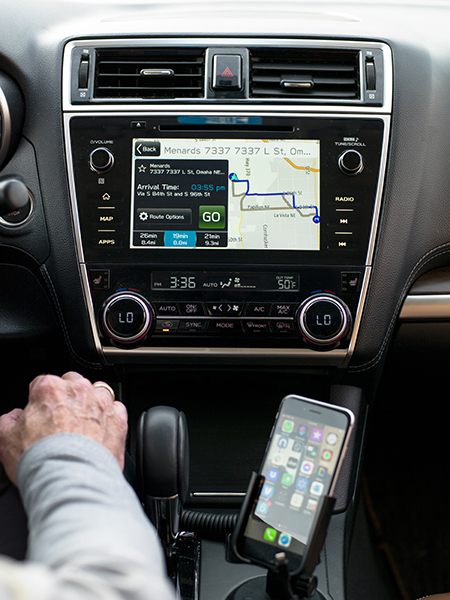 About six months after Gary Gilpin leased a Subaru Outback from a California dealer, the screen went blank and wouldn’t come back on. Gilpin took the car to the dealer for what he figured would be a quick reset.

“It was a whole month before I got my car back,” said Gilpin, who runs a sailboat chartering and brokerage business.

Some people would have just fumed. Gilpin sued.

He is among thousands of car owners, encouraged by plaintiffs’ lawyers, who have joined class-action lawsuits that accuse carmakers of selling vehicles with faulty entertainment and related systems. Their complaints are as numerous as they are varied: screens that freeze, flicker or go dark; sound that cuts out or unexpectedly blasts at high volume; backup cameras that fail. Often the problems involve the way in which the hardware interacts with Apple’s CarPlay or Google’s Android Auto software, which allow drivers to use their phones to navigate, communicate or listen to music and podcasts.

Buggy car software may seem like a mere inconvenience. But plaintiffs have successfully argued that a malfunctioning dashboard display is a serious distraction and potential safety hazard.

The suits are a symptom of the automakers’ rocky transition to the digital age and their struggle to integrate the latest technology into vehicles, which must meet safety requirements that smartphones and other electronics do not. Old-line automakers are losing ground to Tesla and other young electric carmakers that have placed much greater emphasis on software. And in their own cars, established automakers are effectively handing over more power to Apple and Google, which dominate the digital world.

So far, the settlements that automakers have had to pay are relatively modest. In 2020, Subaru settled the suit brought by Gilpin and others; it cost the company an estimated $8 million, including lawyer fees and an extra two years of warranty protection.

In December, Honda of America and its Acura subsidiary agreed to settle a similar class action for an estimated $30 million, according to plaintiffs’ lawyers, including extending the warranty on systems that buyers complained were flawed. Neither Subaru nor Honda admitted any wrongdoing. Honda declined to comment, and Subaru did not respond to requests for comment.

The case that set the precedent was brought by Ford Motor customers who complained of defects with the MyFord Touch system. The automaker settled that lawsuit in 2019 for $17 million without admitting any wrongdoing.

The sums hardly compare with the hundreds of millions of dollars that Toyota and other carmakers paid to people injured by faulty air bags, or the billions that Volkswagen paid to owners of cars with software designed to mask illegal pollution levels.

But the stakes for carmakers go far beyond the cost of the lawsuits.

As the lawsuits indicate, traditional carmakers have struggled to develop navigation systems and other services that work as well as the ones found in Apple and Google devices. They are also far behind Tesla, which loads the large interactive screens in its cars with software developed in house and does not support CarPlay or Android Auto.

Established carmakers have been forced to cede valuable dashboard real estate to Silicon Valley, while remaining the target of consumer ire — and class-action lawsuits — when something goes wrong.

Before Big Tech invaded car interiors, the automakers were lords of their realm, dictating terms to suppliers. But Apple and Google command financial resources and software expertise that even auto giants cannot match.

“The game has completely changed,” said Axel Schmidt, a senior managing director at Accenture who manages the consulting firm’s automotive division. The big automakers, he said, “are not used to dealing with partners that are much stronger and bigger than themselves.”

Software makers’ clout over the car industry will only grow as vehicles incorporate more and more driver-assistance systems and other digital technology.

The automakers are in a tough spot. They operate on timelines that are out of step with the speed of digital technology. A new vehicle typically takes four years to develop, including laborious safety testing. Owners often drive the same car for more than a decade, an eternity in the tech world.

“The time window of developing vehicles and putting the hardware into those vehicles is quite different than for a cellphone,” said Mark Wakefield, co-leader of the automotive and industrial practice at AlixPartners, a consulting firm. “When a vehicle is done, it’s done. Software is never really done.”

Apple introduces a new iPhone about once a year, and releases new versions of its operating system even more frequently, as does Google. Carmakers face the nearly impossible task of designing entertainment systems that work flawlessly with software and devices that haven’t been invented yet.

“After every update we get complaints CarPlay is not working,” said Serhat Kurt, who operates a website, macReports, that provides advice on fixing problems with Apple devices.

Kurt faulted both the carmakers and Apple — the carmakers for being “not very good with software,” and Apple for not doing enough to ensure that software updates work with older vehicles.

Lawsuits so far have blamed established carmakers, not Apple or Google. Sean Matt, a partner in Seattle at Hagens Berman, the law firm that represented owners in the suit against Honda, said he “can sympathize with the engineering challenge” that carmakers face in designing systems that work flawlessly with ever-changing smartphone software.

But Matt added, “They are giving you a product and saying it will work, and ultimately the onus is on them.”

Such lawsuits are not just a problem for the old-line carmakers. Tesla emerged from Silicon Valley, and its software is regarded as being far more advanced than that of the Detroit giants. But last year, under pressure from the National Highway Traffic Safety Administration, Tesla recalled more than 100,000 S and X models built before 2018 because their touch screens could fail. The defect is also the subject of a class-action lawsuit, which Tesla is contesting.

Tesla is able to send software updates to its cars over cellular connections, regularly adding features, even in cars that have been on the road for years. A vast majority of cars made by old-line auto companies can’t be updated remotely in the same way.