2021 was a tough year for the auto sector due to semiconductor shortage and supply constraints. 2022 may see the situation improving thanks to a demand and EV push 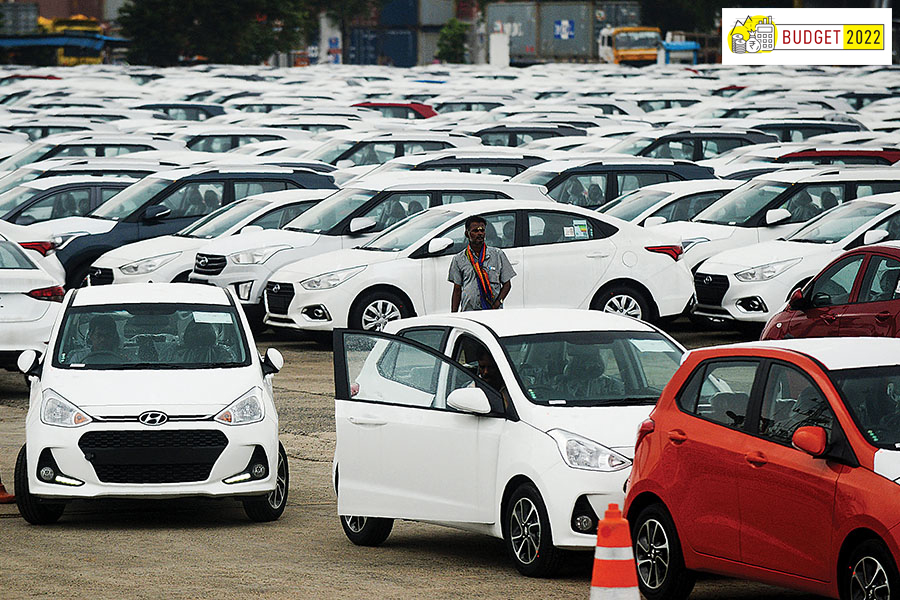 In December, retail automobile sales were down by 6 percent, mainly due to supply constraints
Image: Arun Sankar / AFP

It’s been a rather difficult time for India’s automakers.

A second wave of Covid-19 alongside a global shortage of semiconductors had affected sales of vehicles across the country last year. In December, a period when automakers offer discounts before the close of the year, retail sales were down by 6 percent. A month before that, they were down by 19 percent, something unusual for the world’s fourth-largest automobile market.

“December is usually seen as a high sales month where OEMs (original equipment manufacturers) continue to offer best discounts to clear the inventory due to the change of year,” Vinkesh Gulati, president of the Federation of Automobile Dealers Association (FADA), said in a statement. “It was, however, not the case this time as retail sales continued to disappoint, thus wrapping up an underperforming calendar year.”

Much of the slowdown in car sales was due to supply constraints, especially since automobile manufacturers have been grappling with a global shortage of semiconductors. Semiconductors are critical components that are used in vehicles for numerous features, including navigation, infotainment and traction control, among others.

The global shortage had to do with the phenomenal demand for semiconductor chips from the electronics industry as people turned to their phones, televisions, and game consoles due to global lockdowns. In addition, the shutdown of factories, and a trade war between the US and China had also added to the massive shortage globally, hampering productions at automakers globally.

“2022 will be much better than 2021,” RC Bhargava, chairman of Maruti Suzuki, tells Forbes India. “2021 was perhaps the worst period as far as semiconductors were concerned. But the situation is improving now, with plants resuming work and newer plants being set up. But, it would still take some time to organise.”

Maruti Suzuki, for instance, has a pending order book of over 250,000 vehicles. “We have had big cuts of production in August, September, October and partly in November as well due to the semiconductor chip shortage,” Shashank Srivastava, senior executive director, marketing & sales, told Forbes India earlier. “If you look at the demand parameters for booking, inquiries have been much better. Real demand will be tested once you have a regular supply.”

According to estimates, the Indian automobile industry is looking at a backlog of nearly six lakh vehicles. These include some one lakh vehicles each for Mahindra, Tata Motors and Hyundai, apart from the 2.5 lakh at Maruti Suzuki.

“Demand isn’t going to be a problem,” says Puneet Gupta, director for automotive forecasting at consulting firm IHS Markit. “There is a massive backlog with every company. As far as semiconductors go, India’s buyers are a lot more flexible even if they do not get sun roof or other infotainment. That could help amid the semiconductor crisis.”

In December, the government had approved a staggering ₹76,000 crore incentive scheme for semiconductors under which India will set up more than 20 semiconductor design, components manufacturing and display fabrication (fab) units over six years.

While the semiconductor issue might see some reprieve over the next few months, especially in the next six months, concerns continue on the Omicron front. And that is certain to cause some disruption. At its peak, India is expected to have some 13 lakh cases a day. While hospitalisation rates continue to be low, any plans to restrict movement and push for further lockdowns could impact manufacturing and retail sales.

Ratings agency ICRA had revised growth forecast for the domestic passenger vehicles industry to 8 to 11 percent in the ongoing fiscal from the earlier estimate of 14 to 17 percent due to the semiconductor shortage. For the two-wheeler segment, it said the volumes are expected to contract by 1 to 4 percent in FY22 against an earlier prediction of 6 to 8 percent growth.

“Various state governments have announced Covid-19 restrictions. Work and education from home have resumed and will have a negative effect on auto retail. With the fear of health care expenses rising again, the customers are shying away from closing their purchase decisions,” said FADA.

Yet, with the economy expected to grow at over 8 percent this year, there could be a silver lining. “We may not see the kind of disruption that we had seen last year, with even the government’s new policies indicative of that,” adds Bhargava. “The economy will also perform better this year, which is a positive for demand. There won’t be a lack of demand between 2022 and 2023, especially since dealers have to fill up inventory.”

Automakers will also look to the Budget this year to provide some impetus to the growth.

In addition, exports from India are falling and the likes of Ford and General Motors have left the country. That sends a wrong signal about the sector, and it is rather alarming. Gupta also points to Ford’s decision to invest some 900 million to upgrade factories in Thailand, immediately after its decision to pull out of India. “We really need a long-term roadmap to put the sector on the right path,” he says.

Last year, the government had announced a much-awaited vehicle scrappage policy that will incentivise purchase of new cars while also helping phase out polluting vehicles.

“We may see the demand of hybrid vehicles being promoted in this Budget as the hybrid powertrain is considered as a bridge between ICE and EVs (electric vehicles),” says Harshvardhan Sharma, head of auto retail practice at Nomura Research Institute.

The automobile sector is in the midst of a transition to EVs, although the pace hasn’t been as rapid as it is in Europe and the US. Domestic manufacturers have also been busy making largescale investments into their electric play.

Last year, Tata Motors decided to set up a subsidiary for its EV play and, in the process, became India’s most valuable EV company, after raising $1 billion from private equity major TPG Rise Climate. The deal values the yet-to-be operational subsidiary at over $9 billion and the capital infusion is expected around March. Tata Motors will also invest $2 billion into the subsidiary over five years.

“The Indian market story might be slightly different,” Shailesh Chandra, president of passenger vehicles at Tata Motors, told Forbes India earlier. “Today, the Indian passenger vehicle market would be 3.5 million units a year. If you fast forward to 2030, this will grow by double to nearly seven million. If you take a 30 percent penetration, it would mean 2 million EVs.”

The rest of the seven million, Chandra reckons, will be ICE vehicles. “So, there is a growth opportunity in both these spaces,” Chandra says. “ICE (internal combustion engine) vehicles will become more emission friendly.”

To push its electrification agenda, the Indian government had revised the Faster Adoption and Manufacturing of Hybrid and EV or FAME-II scheme, increasing the electric two-wheeler incentive to ₹15,000 per kWh (up from ₹10,000) and doubling the subsidy limit to 40 percent of the two-wheeler’s price. FAME was launched in 2015 and provides subsidies and upfront incentives on the purchase of EVs. Then there are various state-wise incentives for EVs.

“In FY21, the government has shown a strong focus on Atmanirbhar Bharat and its support for the manufacturing sector, particularly for technology innovation in the auto sector,” says  Sharma of Nomura. “In this Budget too, the government is likely to focus on key issues such as employment generation and economic recovery by tapping opportunities in manufacturing, engineering and digitalisation which is essential for moving towards a $1 trillion economy goal.”

Tweets by @forbesindia
What to expect from Budget 2022
Photo Of The Day: Winning feeling