How Pfizer Plans to Distribute Its Vaccine (It's Complicated)

Success will hinge on an untested network of governments, companies and health workers

By Rebecca Robbins and David Gelles 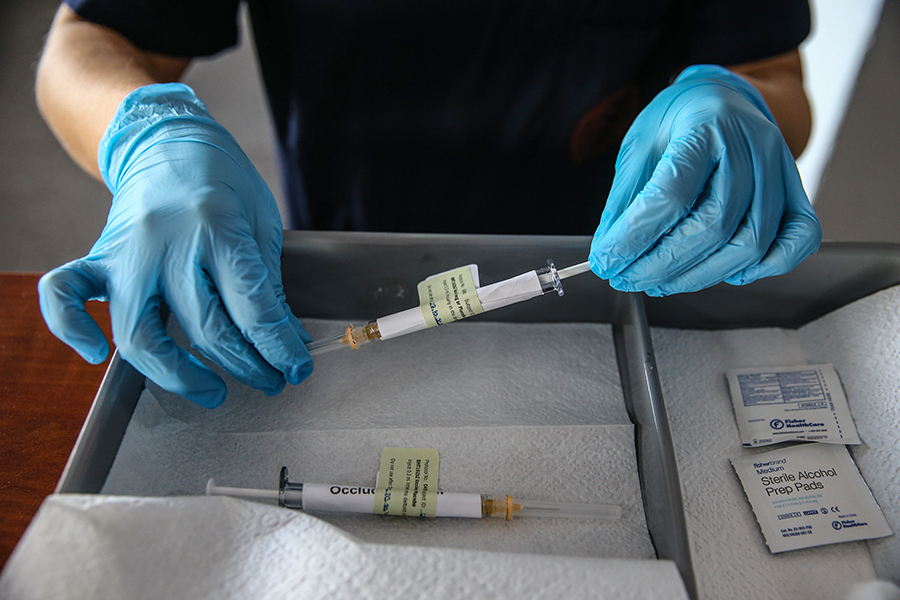 A health care worker holds an injection syringe of the phase 3 vaccine trial, developed against the novel coronavirus (COVID-19) pandemic by the U.S. Pfizer and German BioNTech company, at the Ankara University Ibni Sina Hospital in Ankara, Turkey on October 27, 2020. This vaccine candidate, within the scope of phase 3 studies, was injected to volunteers in Ankara University Ibni Sina Hospital
Image: Dogukan Keskinkilic/Anadolu Agency via Getty Images