Under the Communist Party's top leader, Xi Jinping, China has punished and shamed a series of tycoons who amassed enormous wealth and influence but were seen to overstep their bounds

By Raymond Zhong and Alexandra Stevenson 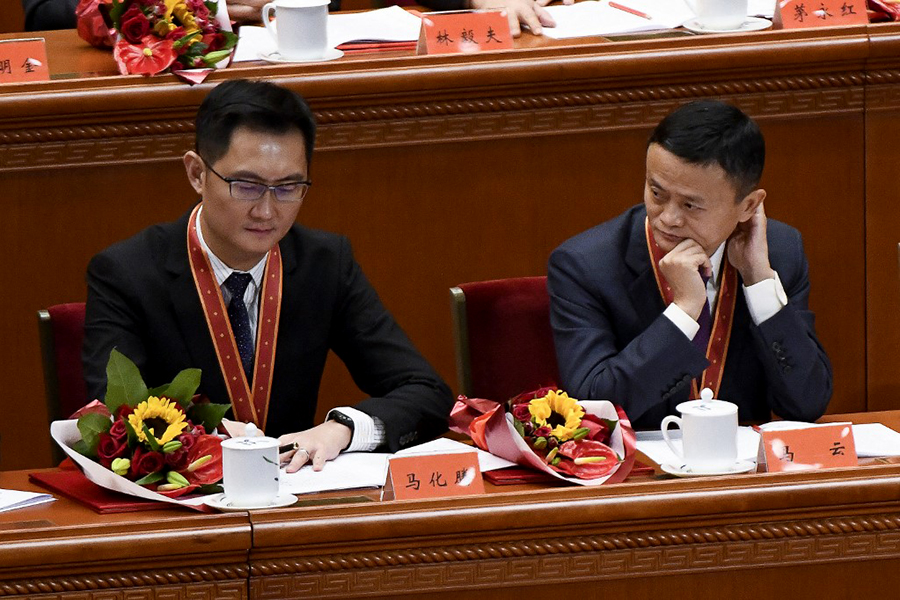 Jack Ma, the most famous businessman China has ever produced, is avoiding the spotlight. Friends say he is painting and practicing tai chi. Sometimes, he shares drawings with Masayoshi Son, the billionaire head of the Japanese conglomerate SoftBank. The wider world glimpsed Ma for the first time in months last week, during a virtual board meeting of the Russian Geographical Society. As President Vladimir Putin and others discussed Arctic affairs and leopard conservation, Ma could be seen resting his head on one hand, looking deeply bored. For Ma — the charismatic entrepreneur who first showed, two decades ago, how China would shake the world in the internet age; whose face adorns shelves of admiring business books; who never met a crowd he couldn’t razzle-dazzle — it is a stark change of pace. Under the Communist Party’s top leader, Xi Jinping, China has punished and shamed a series of tycoons who amassed enormous wealth and influence but were seen to overstep their bounds. Ma and the crown jewels of his online empire, the e-retail titan Alibaba and the fintech giant Ant Group, are Beijing’s biggest targets yet, as officials start regulating the country’s powerful internet industry like never before. U.S. and European officials have been looking to rein in internet behemoths for years. But it is hard to imagine Western regulators bringing about a change in fortunes as significant as the one that has befallen Ma. Xi has asserted broad control over China’s private sector, demanding commitment to the party and to social stability above profits. Xiao Jianhua, once a trusted financial lieutenant to many Chinese elites, was snatched from a luxury Hong Kong hotel in 2017. Ye Jianming, an oil tycoon who sought connections in Washington, was detained, as was Wu Xiaohui, whose insurance company bought the Waldorf Astoria Hotel in Manhattan. Wu later went to prison. Lai Xiaomin, the former chairman of a financial firm, was executed this year. “The general iron rule is that there should be no individual centers of power outside of the party,” said Richard McGregor, a senior fellow at the Lowy Institute and author of “The Party: The Secret World of China’s Communist Rulers.” Beijing’s clampdown on tech is already rippling through boardrooms beyond Alibaba’s. Last week, China’s antitrust authority summoned 34 top internet companies to talk about new fair-competition rules. Within hours, they were discussing business changes and publicly pledging to stay in line. “These new regulations are going to require internet platforms to look at how they innovate going forward, and the result is potentially less innovation,” said Gordon Orr, a nonexecutive board member at Meituan, the Chinese food delivery giant. Even so, Alibaba and other internet titans have a status in China that could protect them from the most heavy-handed treatment. Officials have praised the titans’ economic contributions even as they tighten supervision. Xi wants China’s economy to be driven more by its own innovations than by those of fickle foreign powers. That means it might be too soon to declare Jack Ma down for the count. “His company is much more important to the success and functioning of the Chinese economy than any of the other entrepreneurs’,” McGregor said. “The government wants to continue to reap the benefits of his company — but on their terms. The government isn’t nationalizing Alibaba. It isn’t confiscating its assets. It’s simply narrowing the field in which it operates.” Alibaba declined to comment. Ma is no neophyte at dealing with the authorities in China. He worked briefly and unhappily at a government-run advertising agency before founding Alibaba in 1999. At the time, China was still getting used to the idea of powerful private entrepreneurs, and Ma proved adept at charming government officials. “Alibaba absolutely has the chance to grow into a world-class company,” Wang Guoping, then the Communist Party secretary of the eastern city of Hangzhou, where Alibaba is based, said in the 2000s. “What a world-class company needs most is a soul, a commander, a world-class businessman. Jack Ma, I believe, meets this standard.” In 2011, Ma got a taste of how his ambitions might rub shareholders and regulators the wrong way. He quietly took over Alibaba’s payment service, Alipay, angering one of Alibaba’s biggest investors, Yahoo. Ma said the move had been necessary under new Chinese regulations. Alipay later became Ant Group. “The Alipay transfer emboldened him,” said Duncan Clark, who has known Ma since 1999 and is chairman of BDA China, a consulting firm. “He kind of got away with it.” As Alibaba grew, Ma began being courted by presidents and movie stars, but also by a wider coterie of fellow Chinese entrepreneurs. This “echo chamber” may have distorted Ma’s ideas about himself and his standing with the government, Clark said. He might otherwise have seen the writing on the wall, particularly as Xi has pushed private businesses to work more closely with the state. When Ma stepped down as Alibaba’s chairman in 2019, a commentary in the official Communist Party newspaper declared: “There is no so-called Jack Ma era — only Jack Ma as part of this era.” Ma has largely vanished from sight within his companies, too. In January, he popped up in an internal chat group to answer a business question, according to a person who saw the message but was not authorized to speak publicly. Employees later shared Ma’s message to reassure nervous colleagues. Recently, the Shanghai research group Hurun Report estimated that Ma was not, for the first time in three years, one of China’s three richest people. The country’s new No. 1 was Zhong Shanshan, the low-key head of both a bottled-water giant and a pharmaceutical business. When his water company went public last year, Zhong was so little known that Chinese news reports about his sudden wealth had to explain to readers how to pronounce an obscure Chinese character in his name.

Tweets by @forbesindia
Focus not on how much children are learning. Emphasis is on the startup valuation and how much funding it gets: Super30's Anand Kumar
How the Super League fell apart