The US Department of Justice sued Google on Thursday, saying it is illegally abusing its monopoly over internet search. Here's what that really means 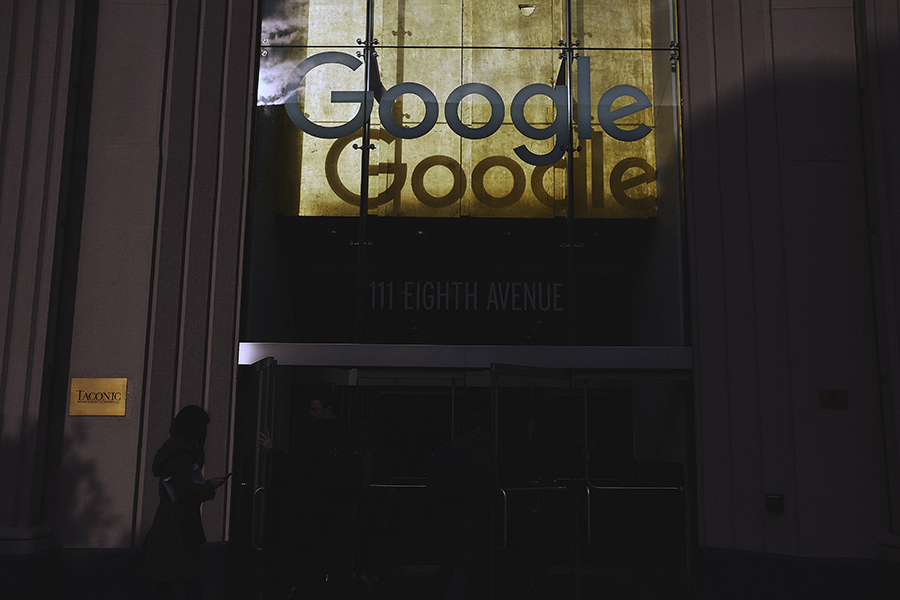 The building housing the New York offices of Google on Nov. 1, 2018. The Justice Department accused Google of maintaining an illegal monopoly over search and search advertising in a lawsuit filed on Tuesday, Oct. 20, 2020, the government’s most significant legal challenge to a tech company’s market power in a generation.
Image: John Taggart/The New York Times

The Justice Department sued Google on Tuesday, accusing the company of illegally abusing its dominance in internet search in ways that harm competitors and consumers. The suit is the first antitrust action against the company, owned by Alphabet, to result from investigations by the Justice Department, Congress and 50 states and territories. State attorneys general and federal officials have also been investigating Google’s behavior in the market for online advertising. And a group of states is exploring a broader search case against Google. Here is what you need to know about the suit. What is really happening here? This is one step against a single company. But it is also a response to the policy question of what measures, if any, should be taken to curb today’s tech giants, which hold the power to shape markets, communication and even public opinion. Politics steered the timing and shape of this suit. Attorney General William Barr wanted to move quickly to take action before the election, making good on President Donald Trump’s pledge to take on Big Tech. Eleven states joined the suit. What is the Justice Department saying Google did illegally? This is a monopoly defense case. The government says that Google is illegally protecting its dominant position in the market for search and search advertising with the deals it has struck with companies like Apple. Google pays Apple billions of dollars a year to have its search engine set as the default option on iPhones and other devices. The Justice Department is also challenging contracts Google has with smartphone makers that use Google’s Android operating system, requiring them to install its search engine as the default. The Justice Department also investigated Google’s behavior and acquisitions in the overall market for digital advertising, which includes search, web display and video ads. Online advertising was the source of virtually all of Alphabet’s $34 billion in profit last year. But the search case is more straightforward, giving the government its best chance to win. To prevail, the Justice Department has to show two things: that Google is dominant in search and that its deals with Apple and other companies hobble competition in the search market. What will be Google’s defense? In short: We’re not dominant, and competition on the internet is just “one click away.” That is the essence of recent testimony in Congress by Google executives. Google’s share of the search market in the United States is about 80%. But looking only at the market for “general” search, the company says, is myopic. Nearly half of online shopping searches, it notes, begin on Amazon. Next, Google says the deals the Justice Department is citing are entirely legal. Such company-to-company deals violate antitrust law only if they can be shown to exclude competition. Users can freely switch to other search engines, like Microsoft’s Bing or Yahoo Search, anytime they want, Google insists. Its search service, Google says, is the runaway market leader because people prefer it. What is the consumer harm when Google’s search service is free? Consumer harm, the government argues, can result in several ways. Less competition in a market means less innovation and less consumer choice in the long run. That, in theory, could close the market to rivals that collect less data for targeted advertising than Google. Enhanced privacy, for example, would be a consumer benefit. Goods that are free to consumers are not exempt from antitrust oversight. In the landmark Microsoft case of the late 1990s, the software giant bundled its web browser for free into its dominant Windows operating system. Microsoft lost because, using restrictive contracts, it bullied personal computer makers and others to try to prevent them from offering competing web browser software — competition that could have undermined the Windows monopoly. What happens next? Unless the government and Google reach a settlement, they’re headed to court. Trials and appeals in such cases can take years. Whatever the outcome, one thing is certain: Google will face continued scrutiny for a long time.

Tweets by @forbes_india
Want to be happier? Make more free time
It's Google's world. We just live in it.