A handshake before a negotiation can have a surprisingly strong effect on the outcome, according to Michael Norton, Francesca Gino, and colleagues 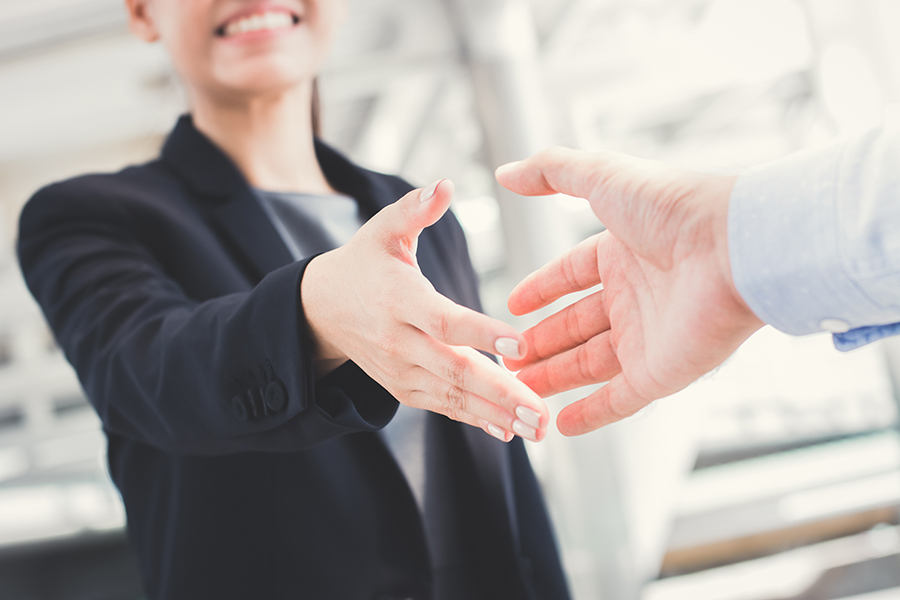 Image: Shutterstock
Humans have lots of rituals to choose from when greeting each other—embrace or no embrace? Kiss one cheek or two? But one ritual that is remarkably consistent across cultures is the handshake.

“That form of physical contact is surprisingly ubiquitous,” says Harvard Business School professor Michael Norton, Harold M. Brierley Professor of Business Administration. “We shake when we say hello to someone, and we shake again after a deal is done.”

Centuries ago, the handshake may have originated as a way for people to show each other that they were unarmed. Norton was curious: Is the handshake today seen as a mere formality or does it still serve an important purpose in modern society? He joined with HBS Professor Francesca Gino, Juliana Schroeder of Berkeley’s Haas School of Business, and Jane Risen of Chicago’s Booth School of Business in conducting a series of experiments to see whether handshaking might still help with negotiating deals.


They found that shaking hands is a powerful gesture that creates a cooperative spirit and leads to better outcomes on both sides of the table, according to their paper, “Handshaking Promotes Deal-Making by Signaling Cooperative Intent,” forthcoming in the Journal of Personality and Social Psychology.
To shake, or not to shake?

In one experiment, the researchers observed participants engaging in a mock negotiation over a car, each party voicing preferences for price, colors, and models. They found that when negotiators shook hands beforehand, they came to a more cooperative agreement—both sides getting more of what they wanted.

“Together, they came up with better ideas that led to more optimal outcomes for everyone,” Norton says.

In another scenario, the researchers randomly encouraged some participants to shake, while preventing others from doing so by sitting them down immediately. Once again, the pairs who exchanged handshakes beforehand did better overall in the negotiation, and were found to be more honest and warm during talks.

A handshake wasn’t uniformly seen as a positive gesture, however. When study participants believed they might be shaking hands with a sick, possibly infectious person, “handshakes no longer influenced cooperation,” according to the study. (But when it was explained that a person didn’t shake hands out of concern for spreading their germs, the other party was more likely to cooperate.)

Sometimes people enter negotiations and withhold a handshake as a power play. But unless a negotiation is “all or nothing,” it is usually in everyone’s best interest to shake hands in order to show an intent to achieve the best outcome for both sides, Norton says.

“We find typically shaking helps,” says Norton. “And if your instinct is not to shake, that’s OK, but can you think of another signal of cooperation to send? It could mean coming to a better agreement that doesn’t leave money on the table.”

A possible future area to study, the researchers suggest, is whether hugs, high-fives, or fist bumps elicit the same amount of cooperation.