The notion that organizations increasingly will have to pursue transient strategic advantage rather than sustained advantage intensifies the challenge for leaders, says Professor Jim Heskett. What do YOU think? 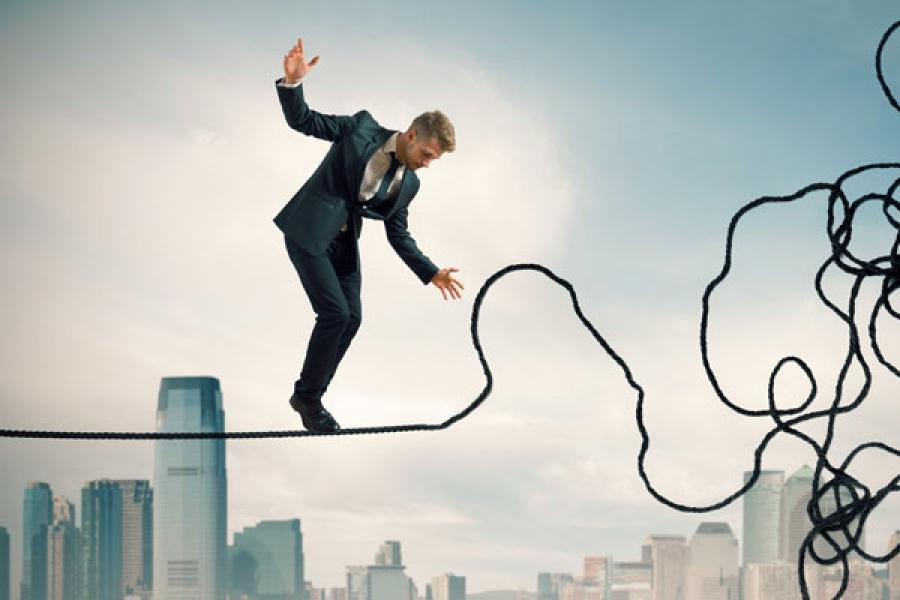 Leadership has always required the management of tensions caused by the simultaneous need for such things as short-term and long-term performance, the exploitation of existing ideas and the search for new ones, and the staffing and motivation of leadership teams with people of diverse backgrounds and capabilities.

The notion that organizations increasingly will have to pursue transient strategic advantage rather than rely on strategies that can be sustained over long periods of time intensifies the challenge for some leaders. Several students of these phenomena are studying the nature of the challenge and the kind of leadership needed to meet it.

Eric Reis, a successful entrepreneur, has pointed out that winning competitors in the future will be those that "fast-adapt," practicing continuous deployment of ideas to find the ones that offer at least fleeting competitive advantage. It will require leaders that have little confidence in long-range planning, predictions of others, or their own biases. They will spend less time planning and more time fostering the organizational ability to develop and test new ideas. In a recent e-mail, Scott Cook, the cofounder of personal financial software leader Intuit, elaborated on the importance of these themes for large organizations as well as startups, citing the need for leaders to support what he calls "lean experimentation," centered on the rapid testing of a lot of ideas rather than the slower implementation of a few ideas generated by top management.

While acknowledging the growing entrepreneurial demands on leadership, others also recognize the need to simultaneously defend "sustainable competitive advantage." The concept of ambidexterity championed by Michael Tushman and Charles O'Reilly is one response to the dilemma. Rather than abandoning ideas regarding long-term strategic advantage or spinning new ventures out of the existing organization, they propose ways of supporting innovation for future advantage while attending to efforts to meet the shorter-term demands of investors. It requires a different mindset among leaders, different policies and practices, a different form of organization. These are leaders with a congruent vision of critical tasks to be addressed as well as the culture, formal organization, and people with which to do it in essentially two worlds encompassed by the same organization with no second-class citizens exploiting traditional opportunities, not an easy task.

John Kotter recently suggested that large successful organizations in the future will have to support both traditional hierarchies to exploit core businesses and networks that are better suited to pursuing new opportunities. It will require leaders who can build and lead what he terms "dual operating systems," staffing innovative networks with volunteers from the existing hierarchy, comprising a "guiding coalition" that can coordinate the strategic direction of network efforts with the overall strategy being pursued by the more conventional hierarchy. Again, it requires a "believer" in the feasibility of dual operating systems who is able to lead them with an even hand.

This thinking raises questions: If these are the tensions that will become increasingly more important, will they require leaders who have a bias for listening, testing, and fast-reacting? Rather than authority figures, will they have to admit with increasing frequency that they don't have all or even very many of the answers about the future? If so, does this take us a step beyond the humility combined with determination demanded of Jim Collins' Level V leaders in his Good to Great study? No matter how important these qualities may be to future success, are employees and investors still going to look for authority figures?

Are they going to be willing to support someone who doesn't have all the answers and is willing to admit it? Is leadership becoming an increasingly difficult balancing act? What do you think?