Understand the disease and have the right attitude

First Lady Betty Ford beat cancer in more ways than one. In the 1970s, when the c-word was fearfully whispered and only weeks moving into the White House, Ford announced she had cancer. Her motivation was to increase awareness to save ‘at least one person — maybe more’. She had a huge effect on early breast cancer detection, something epidemiologists call the “Betty Ford blip”. She went all out to treat her cancer, and lived another 37 years until she died this year at 93, of natural causes.

As a friend, physician and family  member, I have helped many people beat cancer. Here are some tips. 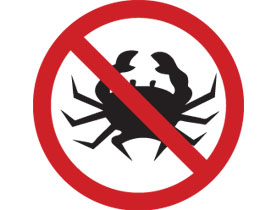 Learn everything you can about the disease
In The Art of War, one of Sun Tzu’s famous verses is that if you know yourself and your enemy, you can win a hundred battles. The first step to beating cancer is to know it. Cancer is not a death sentence, millions of people die with cancer, not from it.

Pick your doctors well
I’ve written previously that to spot good doctors you have to look for knowledge, clinical skills and compassion. Your doctor’s attitude is especially important for cancer. Be prepared to visit a number of doctors before you find a cancer doctor who clicks with you. Blood tests will go up and down, the disease will come and go, but the right doctor can give context and positive options at each stage of the game. Cancer is one disease where your doctor should be involved in, or at least closely following the latest research. Be open-minded and try to visit some doctors at leading public hospitals in your area. You may be surprised with the quality of cancer doctors available at a place like the All India Institute of Medical Sciences.

Know the limitations of your doctors
The first part of Sun Tzu’s dictum is to know yourself.  Nobody, not even the most diligent doctor, will be able to know you more than you. So, pay attention to how you feel and realise that you have to beat cancer, your doctors can only help you. Broaden your approach to therapy. There are alternative treatments that are powerful in supporting cancer care and preventing side effects.

But have the right attitude
If Betty Ford increased the awareness for cancer, seven-time Tour de France winner Lance Armstrong showed it could be beat. He said, “Cancer was the best thing that ever happened to me.” Armstrong won his first Tour de France only after his cancer had spread to his lungs, abdomen and brain.  And of course, only after he beat cancer.

(This story appears in the 04 November, 2011 issue of Forbes India. You can buy our tablet version from Magzter.com. To visit our Archives, click here.)

Tweets by @forbes_india
V. Raja: I Needed To Learn Something New, Reinvent Myself
Gopal Srinivasan: Values of Family Businesses