India is not unique in having tax, tariff and economic variables structurally impact the supply chain network, and the coming months will reveal the true impact of the new tax regime

By Ralf Seifert and Richard Markoff 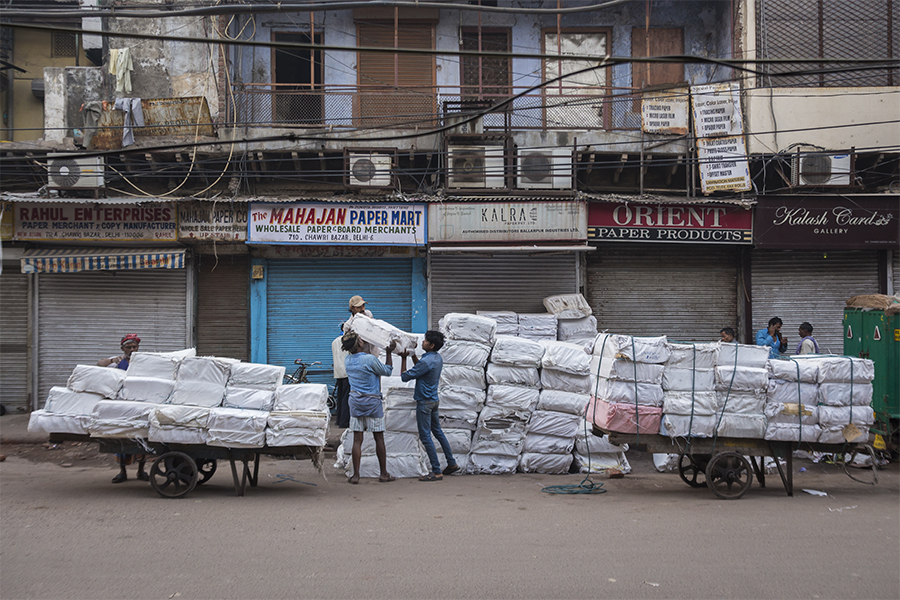 Image: Shutterstock (For illustrative purposes only)
India is on the cusp of a supply chain transformation that may end up being nothing short of a major game changer. At IMD, we often discuss the distribution footprint of L’Oréal which had an outsized 15 percent of distribution centres located in India. This usually leads to a lively discussion as to why companies in India have surprising supply chain configurations. Companies like this may be in for a major change in the coming years.

And it’s a story that begins, funnily enough, with taxes.

A system of poor supply chain incentives
The Indian tax system has been a series of complex state taxes based on origin of goods and a central, federal tax. Different states had different rates and levies for the taxes under their control, and the intricate web created strange incentives for companies, ones that seem very suboptimal from the perspective of the supply chain.

The state-level origin taxes often do not allow companies to reclaim taxes paid on raw materials if the goods were sold to another state. This was meant to incentivise companies to manufacture locally, and indeed many did, either by outsourcing or creating micro-factories in most of India’s 29 states, despite volumes that might have more naturally led to larger economies of scale in consolidated production facilities. Unilever, for example, has 38 factories in India out of more than 300 factories worldwide.

Other companies like L’Oréal have opted to store goods in each state rather than multiply their production sites. The downside for L’Oreal is having a footprint of over 20 distribution centres in India, similar to their footprint for all of Western Europe, even though revenue for Western Europe is six times larger than that of India.

This is due to the significant delays caused by the tax regime. The states have every reason to try to ensure compliance to maximise their tax revenue, and do so by imposing state border controls, where trucks were often stopped, inspected and even unloaded to ensure that the state and central taxes were in order and the origin of goods confirmed. We spoke to Raj Reddy, supply chain VP at Glenmark Pharmaceuticals. Reddy estimates that this increases transit time by about 50 percent on a high volume transport lane like Mumbai-Delhi. Past estimates from Mumbai-Kolkata have been as high as a seven-fold delay for freight as compared to a passenger vehicle.

These long delays for transport run straight into the very localised and demand distribution market. India is well-known for its sprawling deep trade distribution channel. Manufacturers must work through a very highly fragmented patchwork of small distributors who tap into these networks and manage the complexity on behalf of the manufacturers, explained Reddy.

The distributors demand lead times for orders that are often less than one day. With the state border controls, it is impossible to service the orders from another state, regardless of how close the distribution center may be. Reddy gave the example of New Delhi, which encompasses 3 states and requires four distribution centers, whereas one would be enough should border controls be removed. The end result is a distribution footprint dictated by states rather than by demand volume.

Taking these considerations together, companies operating in India carry either a surplus of production sites or distribution sites, weighing on supply chain costs and performance.

A new game
This summer, the Indian government announced an extremely ambitious tax reform, the Goods and Services Tax (GST), which began ramping up almost immediately. Indian companies are scrambling to move towards compliance to the new tax regime. The Indian authorities have long recognised that the distortions caused by the tax system were a drain on competitiveness. According to a government official who participated in forming the new tax policy, the topic of reform has been formally on the table since 1996, with several failed attempts to enact a tax harmonisation into law since then, starting with the first formal announced in 2006 and subsequent efforts.

He explained that the Indian government was very aware of the impact of the patchwork of state origin taxes on supply chains, and fully anticipates competitive benefits moving forward. Indeed, the official stated that simplifying supply chains was one of the primary goals of the new tax regime. He pointed out how ecommerce had underlined the importance of improving the situation. “Ecommerce companies are not equipped to track the origins of all of their suppliers. They were receiving notices from local tax authorities demanding information that they could not provide, and it was leading to legal proceedings.”

Without going into the intricacies, the state tax systems are being harmonised into a goods and services tax, with different rates for different product categories. The improvements this will bring by extracting revenue out of the black market and improving industrial efficiency have ranged from 0.4 to 2% of GDP. In the short term, however, companies are scrambling to find expertise and adjust their IT systems to prepare the complex and multiple reporting requirements dictated by the new tax system. Reddy explained that this is demanding master data discipline that Indian firms are unaccustomed to.

The impact for supply chains will be an end to the state border controls and incentives to produce and store goods locally within each state. This is the start of what will likely be a profound transformation of supply chain in India. “Supply chain maturity in India is not quite where it is in other countries,” explained Reddy. “This will help bring attention and resources to supply chain performance.”

Investors have been anticipating this step. $1.5 billion in investments have poured into India for improving warehousing facilities and technology in the hopes that the tax reform will lead to larger regional and national warehouses. They may well be right. Reddy estimates that the tax reform will lead to a 40 percent drop in distribution centres in the country. One steel company has already announced it will reduce from 20 distribution centers to 5.

In speaking to the Asia Supply Chain Director for a multinational FMCG company, this view was confirmed. He projects that his company may close as many as half of the more than twenty distribution centers in the country. In addition to the cost savings, this executive pointed out the non-negligible decrease in inventory working capital by eliminating so many stock positions. There is also a significant simplification in the planning process for replenishing the distribution centers. He went further to explain that the small distributors that feed the deep trade channel in India are always cash-constrained, so having large, delayed deliveries would be unsustainable for these companies. This imposes a limit on how much distribution consolidation can occur.

For those companies that produce in local micro-factories, time will tell what direction they take. India’s road infrastructure is poor and even after the removal of border controls transportation will likely remain less productive than in other countries and may lead to some companies preferring the increased cost of multiple production sites rather than increased transport costs.

While these are open questions, at least the key, classic decisions of make/buy and localised/centralised manufacturing will be driven by true operations considerations like material, labour and transport costs and sustainability rather than by tax optimisation. A refreshing change indeed.

Takeaway
India is not unique in having tax, tariff and economic variables structurally impact the supply chain network. For example, Singapore has become a prominent hub due to its trade agreements in the region. Another notable example is Brazil, where tax arrangements between states and the federal government impact the location of manufacturing and distribution sites in important ways, much like in India. Even in North America, the reopening of negotiations of the NAFTA treaty could have unexpected results for supply chains that have now become fully integrated across the US, Canada and Mexico, making them virtually one market. Understanding of tax, tariffs and customs changes will continue to be a critical competency for supply chain professionals.

The coming months will reveal how supply chains in India adapt to the new tax regime. It is not fully in place yet, and firms are understandably putting all of their current attention towards compliance and upgrading their IT systems and employee skill sets. Only then will they be able to take stock and begin building roadmaps to take full advantage of the potential gains. It will be exciting and instructive to revisit India’s supply chain and see what paths have been taken. A major change is in the air.