Leverage The Supply Chain To Improve Your Company’s Bottom Line

Forming win-wins with suppliers in a post-financial crisis world

By Carlos Cordon and Winter Nie

Scarcity of raw materials and soaring prices for commodities, the financial crisis and the increasing intensity of natural catastrophes have created a paradigm shift that requires a fresh analysis of how the corporation relates to the global supply chain.

In a stalled or shrinking market, a 10% cost reduction in supply chain efficiency can easily produce more return with less effort than a 10% increase in the sales.  The table below represents an average industry (manufacturing) standard profit and loss balance sheet that compares the relative benefit of a 10% reduction in purchasing cost to a 10% increase in sales assuming there is no cost increase in operations and SG&A.

Much can be done to reap the benefits of reduction in purchasing by following a simple principle – listen and involve the supplier in your strategy. Sounds simple, but in practice this requires a change in mindset.

From market driven to customer and supply driven 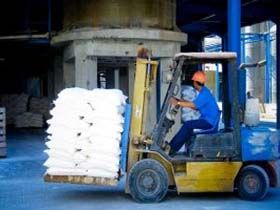 Most companies seek to increase profits by focusing on expanding market share and their customer base. Ryanair, the Irish carrier, has posted annual profits of several hundred million euros in a dismal airline climate not by doing what customers want per se, but rather by paying close attention to the supply side of its business.

In contrast to most commercial airline executives, Ryanair CEO Michael O’Leary, saw the economic downturn as an opportunity. While other airlines were selling off their planes in a reaction to reduced customer demand, O’Leary went on a buying spree, acquiring planes at a steep discount and building Ryanair’s fleet at a fraction of the price paid by competitors. As airlines jettisoned less profitable routes, O’Leary took advantage of the subsidies offered by isolated localities willing to pay a premium for access to a commercial carrier. When the French port of Marseilles objected to Ryanair staff working on Irish labor contracts instead of more restrictive French ones, O’Leary simply re-routed his planes to Spain. Ryanair’s customers, he discovered, didn’t mind the inconvenience if it meant an affordable price.

Opponents charged that Ryanair’s profits were unrealistic, because they depended on government subsidies — the company makes a profit of around €300 million a year, but recoups anywhere from €600 million to €700 million a year in tax rebates, government incentives and reduced landing charges. The criticism, however, misses the point. The key to O’Leary’s success is the expansion of his business strategy to include “sourcing” as well as pricing and customer needs. Other airlines could easily have done the same, but they missed the opportunity, because their management failed to see the sourcing side of the game.

The savings that Ryanair CEO Michael O’Leary was able to leverage by moving to the careful purchasing and negotiating his costs amount to more than double the company’s profits. Had O’Leary only paid attention to customer demands, he would have secured landing rights in Marseilles instead of exploring an alternative in Spain. The company would have been far less profitable.

In a stagnant or shrinking market, much more effort is required to attract new customers while the returns are likely to be smaller.  We argue that it is possible to extract greater profit for the bottom line by increasing supply chain efficiency and taking advantage of the potential for innovation of the supply network. Of course, no one wants to neglect customers. The trick is to include the supply chain in the calculations and to find the best combination of all these elements.

From internal innovation to “open” innovation
Most CEOs put a top priority on responding to customers. In the new post-crisis environment, listening to suppliers can be just as important. Customer satisfaction remains a priority, but insight and innovation can also come from the supply side.

In 2002, the Dutch firm Royal Numico, a leading producer of baby food, tackled a highly competitive, shrinking market by turning to one of its suppliers, Babynov, a former yogurt company, headed by Roger Beguinot, a French entrepreneur.  Beguinot had developed an ingenious plastic packaging concept that let mothers save time by preparing easy-to-serve babyfood at ambient room temperature. Beguinot realized that mothers, pressed by hectic schedules, would feel guilty at spending less time with their infants, and would consequently be ready to pay extra for a premium brand as compensation. The product innovation enabled Numico to increase its profits dramatically, despite a declining birthrate. Numico’s emphasis on innovation led French competitor Danone to buy the company in 2007 for €12.3 billion — roughly 22 times Numico’s earnings.

Procter & Gamble, one of America’s longest surviving corporations, literally redefined itself from a manufacturing company to a corporation focused on “creating and building brands.” By 2003, P&G, which had previously manufactured detergents, beauty aids and a variety of products with its own proprietary equipment, had moved towards becoming an aggregator of products made by a wide range of suppliers, and it was outsourcing a growing percentage of its manufacturing.

As part of P&G’s changing corporate identity, CEO A.G.Lafley adopted a “connect and develop” strategy which called for acquiring more than 50% of its innovation from outside the company.  Lafley had realized that efforts to rely on in-house R&D was stretching the resources too thin, distracting from core operations. Innovation, P&G concluded, was the key to providing sufficient value to offset the higher prices of P&G’s premium products.

Unilever, one of P&G’s main competitors, arrived at a similar conclusion. After finding that it was spending €891 million on R&D and €26 billion on suppliers, Unilever reasoned that if suppliers were spending 6% of their revenues on R&D, then Unilever was effectively investing €1.5 billion in the R&D of each of its suppliers. If the company failed to take advantage of that research, it was simply handing it to competitors. .

Apple, a corporate leader in innovation and a company that is notorious for insisting on its own proprietary hardware, also found that some of its best ideas by paying attention to outside suppliers.  In 2001, its senior vice president for hardware engineering at the time, Jon Rubinstein, made a routine tour of Toshiba’s computer hard-disk manufacturing facility. Toshiba had just developed a tiny 1.8” hard drive. Toshiba’s engineers complained that they didn’t really know what to do with their creation. As it turned out, Apple did. The drive was the missing component needed to make the iPod possible. It changed the music business forever and the company along with it.

Re-thinking the supply chain
Traditionally companies tried to squeeze the lowest price possible out of suppliers. They instead should be embraced. More can be gained by turning the supplier into a partner in innovation than by forcing cost-cutting on materials and labor. An even more enlightened approach is to invest in R&D through the supplier. The potential for increased profit outweighs the risk that a competitor will gain access to the idea through the supplier. The supplier with the best technology is in a better position to help the corporation compete effectively. Knowing how to develop a collaborative relationship is the fastest and easiest approach to improving the bottom line. This is a dramatic change of thinking from business in the past and thus requires the input at the highest level of the corporation’s management team.

Tweets by @forbes_india
Was The TRIP Worthwhile?
How Our Economic Experiences Affect Investment Behavior