Four Scions to Watch Out For 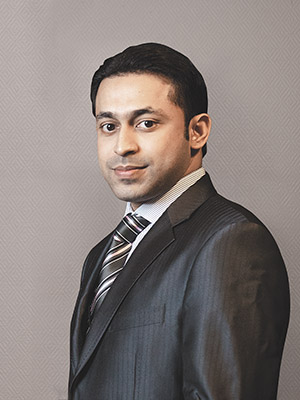 John Paul Joy
Executive Director, Joyalukkas
For John Paul Joy, inspiration was always right across the dinner table. In less than 25 years his father Joy Alukkas (No. 99) had built a $2 billion business, based in the UAE, which straddled jewellery, money exchange, air charter and malls. “My father would talk and discuss his ambition… I thoroughly enjoyed listening to him and that is what inspired me,” he says in an emailed reply to Forbes India. Even while pursuing his MBA from Manipal University, John would take every opportunity to visit retail outlets of Joyalukkas and make rounds of company offices.

The 28-year-old formally joined the family business in 2007 and is now the executive director overseeing the Middle East, Singapore and London operations of the group. He focuses on the group’s flagship jewellery business. “I’m currently working towards growing the jewellery retail chain from a 90-showroom chain to a 100-showroom chain by end of 2014. Today we have a customer base of over 10 million and my objective is to first retain this client base and then keep growing this to a much larger base.”

With father Joy Alukkas already announcing his intention to hang up his boots by 2015 and “hand over everything to my son”, John knows his task is cut out.


Rohan Murty
Executive Assistant to Chairman, Infosys
It’s entirely possible that NR Narayana Murthy (No. 37) meant every word when he said he wanted his son Rohan Murty (30) to join the chairman’s office simply because he himself would become more effective. After all, he had taken on a task that many in the industry acknowledged was difficult to pull off: Make Infosys what it used to be—a fast-growth, high-margin business. The papers made references to Steve Jobs’s second coming at Apple.

Yet, Rohan Murty tagging along with him struck a discordant note, not least because the senior Murthy has always professed that founders’ children will never enter Infosys. What’s worse,  there were attempts to make Rohan Infosys vice president in the following months —a move that rankled company watchers. It was a sad way to begin one’s career, especially for someone with Rohan’s academic background—a degree in computer science from Cornell, a PhD from Harvard, and a string of fellowships from Siebel Scholars to Harvard Society of Fellows. He is also involved with the Murty Classical Library of India, which funds translations of Indian classics to English—a reflection of his interest in philosophy, history and the classics.

After his PhD, Rohan started helping his father with his venture fund Catamaran. After Murthy’s move to Infosys, Rohan followed him. One Infosys executive describes him as “very thorough, very data-driven, and very likeable”.

While there are theories about whether and how his role within Infosys will expand, no one’s sure if he’ll continue in the firm once Murthy leaves. But one thing’s clear: Investors and analysts are likely to be more forgiving if Infosys regains a good measure of its past glory and performance. 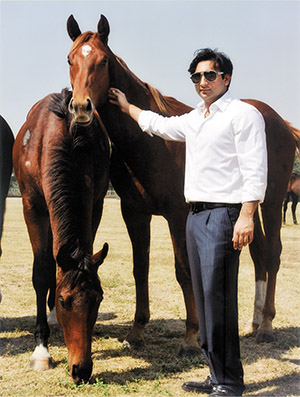 Adar Poonawalla
Executive Director, Serum Institute of India
Cyrus Poonawalla (No. 16) is known as much for his expensive tastes—vintage cars, classic paintings, prize race horses—as for the wealth he made by selling low-priced vaccines across the world. His son Adar (32) inherited many of these traits: He loves fast cars and horses, and flies in a private jet.

In the business, though, Adar has shown much more aggression than his father. He led Serum Institute’s entry into new markets such as Russia, Argentina and Nigeria, restructured the company and stepped on the gas with revenues. While Cyrus was sentimental when it came to his employees—even when they made mistakes—Adar is more businesslike about firing people.

The youthful aggression apart, Adar has imbibed much from his father, with whom he has been working closely since he finished his university education from the UK. Cyrus says: “His style is fairly similar to mine as he joined me at an early age, when I was able to incorporate certain values and certain principles in him that we as a family-run business use every day. So far this has been very successful. For example, knowing what proposals to pursue and what to drop, being thorough and going into detail and not just scratching the surface—a CEO should be able to question any department on the spot and provide a solution.” Rishabh Mariwala
Founder, Soap Opera N More
Children of business families, if they don’t land a job in their family-owned firms straight out of college, tend to work outside for a few years before staking their claim. Rishabh Mariwala’s journey took a slightly different course. After graduating from the Frank G Zarb School of Business, Hofstra University in New York, he joined his family business as operations manager of Kaya Skin Clinic, Marico’s venture into the services sector.

After three years with Kaya, in 2011, Rishabh decided to start something of his own—but not without the privileges of being the scion of a family that’s worth $1.45 billion. His business of hand crafted soaps was funded by his father, Harsh Mariwala (No. 44), and the products were designed by his mother Archana.

Yet, this move is not without precedents. In 2011, his elder sister moved out of Marico to pursue research in sociology. His father had started Marico in 1987 by spinning consumer products out of Bombay Oils. Rather than learning the trade in bits and pieces, this exposed Rishabh to the whole range—and gave him a sense of what it means to build something from scratch. One of the reasons he could do this with relative ease is because his father has been driving Marico towards becoming a family-owned but professionally-managed firm. Marico’s nine-member board has just two family members, and the individual businesses are run by professional CEOs.