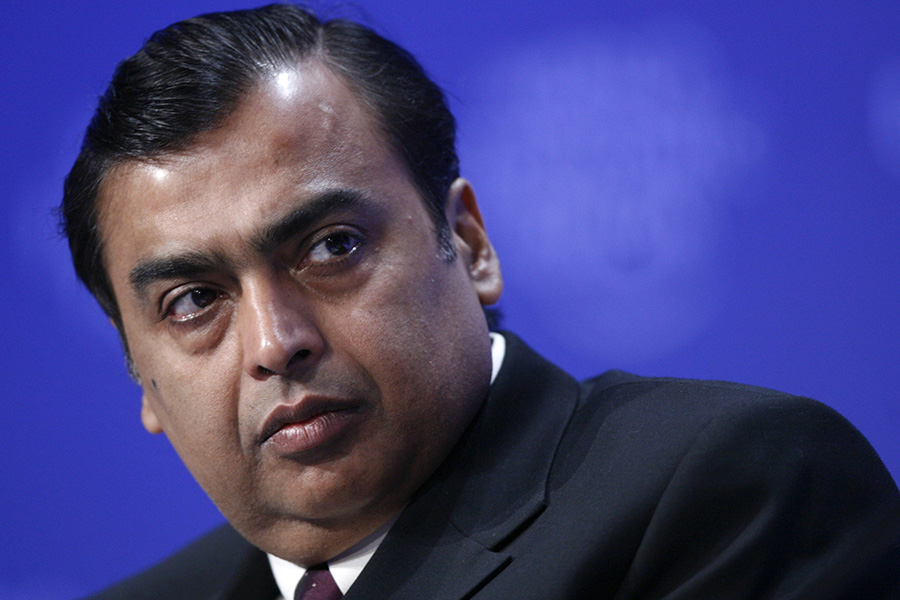 Mukesh Ambani added a staggering $15.3 billion
Image: Dennis Balibouse / Reuters
India’s turbocharged economy sputtered in the quarter ended in June, growing at a 3-year low of 5.7%, due to the aftershocks of last November’s demonetization and uncertainties over the rollout of a nationwide goods and services tax. But in a disconnect from current reality, the stock market scaled new heights, boosting the fortunes of the nation’s 100 richest. Their combined wealth rose more than a fourth to $479 billion.

None gained more than oil and gas tycoon Mukesh Ambani, who cemented his decade-long hold on the No. 1 spot by adding a staggering $15.3 billion to his net worth. He’s now among Asia’s top 5 richest. Shares of Ambani’s Reliance Industries (owner of Forbes India’s publisher) were boosted by improved refining margins and the “Jio effect”: his telecom unit Reliance Jio’s thundering success in notching up 130 million subscribers, since its 2016 launch, though it remains a cash guzzler. By offering free domestic voice calls, dirt-cheap data services and virtually free smartphones, Jio sparked a wave of consolidation in the market. Witness the recent merger between Vodafone India and Idea Cellular, the latter owned by Kumar Birla (No. 8), another big gainer this year.

More than four fifths of those who kept their spot on the list from last year saw their wealth rise, with 27 adding $1 billion or more. Among them, acquisitive auto parts tycoon Vivek Chaand Sehgal, whose Motherson Sumi snatched Finnish truck-parts maker PKC Group for $610 million in May. Veteran investor Radhakishan Damani returned with a bang, boosted by the March listing of his supermarket chain D-Mart.

The Indian billionaire factory churned out several new faces but only half a dozen of them appear in the top 100 as the minimum net worth to make the cut rose to $1.46 billion from $1.25 billion last year. The richest newcomer is cookies-and-airline tycoon Nusli Wadia. Other new entrants are Rana Kapoor, cofounder of Yes Bank, Dinesh Nandwana, of e-governance services firm Vakrangee Software and digital India’s poster boy Vijay Shekhar Sharma, founder of mobile wallet Paytm.

A dozen members are poorer than a year ago, half of them from the pharma sector, which is plagued by challenges. Pharma magnate Dilip Shanghvi took the biggest hit, with his net worth falling by $4.8 billion. Shares of generics maker Lupin, whose patriarch Desh Bandhu Gupta died in June, also declined, shrinking the fortune of his heirs. Brothers Shashi & Ravi Ruia suffered a drop as their Essar Steel faced bankruptcy proceedings under India’s stricter new law.

These rankings are based on stock prices and exchange rates as of September 15. Private companies were valued by using comparisons with similar publicly traded companies.

Tweets by @forbesindia
Future perfect: Stunners with wheels
Machine, Platform, Crowd: The changing relationship between mind and machine in an AI world