Are you addicted to power?

The design of firms fosters power intoxication in their leaders 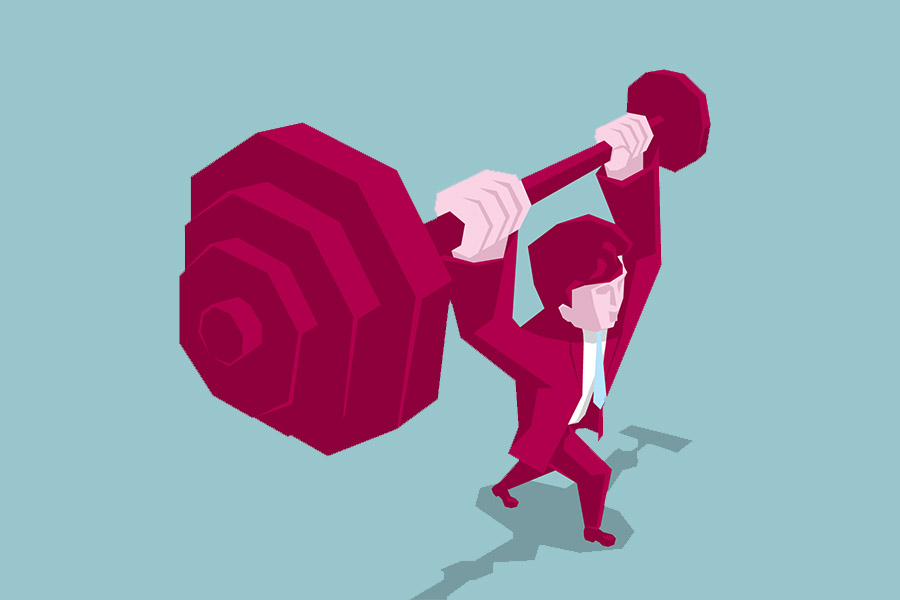 Greg, a top executive at a large financial institution, enjoyed the status that came with his job. He liked receiving attention and having people defer to him. He also relished rubbing shoulders with others in power. At the yearly meetings of the World Economic Forum in Davos, he always experienced a high from exchanging ideas with people he read about in the press. To Greg, power and money was what life was all about. This made losing his job all the more of a blow.

Overnight Greg’s lifestyle changed dramatically. The people he used to associate with were no longer interested in him. He was thrown out of the limelight and cut off from the action. All the social perks his professional role gave him vanished abruptly. Greg came to realise that he didn’t have any real, meaningful relationships in the business world. He felt stressed out and unsure of who he truly was.

Greg also struggled at home. He and his wife had become like roommates. To compensate, Greg engaged in superficial affairs and one-night stands, none of which gave him much satisfaction. He secured a seat on the board of a few companies, but this didn’t give him the same high as when he was really in charge. It dawned on him that he had little inner resources to draw on. He wondered whether, in his previous life, he had given away his soul in exchange for recognition, money and power.

Handling power
If reading Greg’s story led to an “aha!” moment for you, consider the following questions:

If your answers are affirmative, it may suggest that you are too attached to power and all its trappings. But if that’s the case, you’re hardly alone. You should realise, however, that power is corrosive. History is full of power addicts who ultimately destroyed themselves. To satisfy their craving for power, many are prepared to make compromises, which they may regret later. You should also think how you will react if one day you no longer have power.

The film “Lord of the Rings” is a great visual reminder of the addictiveness of power and its ability to alter a person’s character. The Ring (the artefact central to the plot) progressively corrupts its bearers. It transforms Sméagol, a joyful hobbit, into Gollum, a character whose personality traits range from withdrawal and isolation to suspicion and anger, behaviour patterns that eventually lead to his demise. Even Frodo, the hero of the story, shows features of addiction, as he proves unable to relinquish the Ring by his own accord.

The roots of power seeking
For most people, power means having control. We can thus hypothesise that those who strive for power are trying to overcome feelings of powerlessness. It’s their way of compensating for feelings of insecurity – a defence against early feelings of inadequacy, weakness, fear, being unlovable or unloved. The desire for power over others is often a weakness disguised as strength.

Many of the world’s most powerful people fit this profile. A number of them were neglected or powerless when they were young. Their striving to dominate can be viewed as a way for them to ensure that they will never be in such a vulnerable situation again.

The pursuit of power may also have a neurochemical component. Having power over others has an intoxicating effect. It boosts testosterone, which in turn increases the supply of dopamine (a feel-good neurotransmitter) in the brain’s reward system. This dopamine rush explains the addictive quality of power and why it’s so hard to let it go.

A test of a person’s character
However, an excess of dopamine can impact cognitive and emotional functioning. It can reduce empathy, promote hubristic and impulsive behaviour, thus contributing to gross errors of judgment and unnecessary risk taking. Eventually, people with too much power may even lose their sense of reality and their moral bearings. Before they know it, they live in an echo chamber, believing their own press and imagining that they are infallible.

Lord Acton’s statement, “Power tends to corrupt and absolute power corrupts absolutely”, may have more than a kernel of truth. No wonder that society’s demands for moral authority and character increase with the importance of the position. Possessing much power imposes great responsibility.

Unfortunately, given the addictive qualities of power, no one is wise or good enough to be trusted with too much of it. Attempts at combining wisdom and power have seldom been successful. The greater the power, the greater the potential for abuse. Napoleon Bonaparte once said, “Power is my mistress. I have worked too hard at her conquest to allow anyone to take her away from me.” Unaware of the psycho-physiological roots of power seeking, people who hold power will not willingly abandon it. According to Abraham Lincoln: “Nearly all men can stand adversity, but if you want to test a man’s character, give him power.”

Checks and balances needed
In democracies, the free press and the separation of powers exist to reduce the risk of political leaders turning into power addicts. Business organisations, however, face an even greater challenge. Far from being democratic institutions, most corporations concentrate power at the top, fostering power addiction. Indeed, examples of reckless corporate behaviour abound. CEOs go on irresponsible M&A adventures that rarely benefit their organisation. Senior bankers and other masters of the universe have contributed to catastrophic financial crises. Excessive compensation packages can be seen as another side effect of power intoxication. The list goes on.

To prevent abuse in the business world (like in political systems), institutional measures need to be put into place. Traditional countervailing factors to business’s top-heavy designs include the press, trade unions and citizen advocacy organisations. Furthermore, 360-degree leadership feedback and culture audits (assessing the gaps between what is wished for by the employees and what’s practised) can pinpoint potential trouble areas. In certain countries, workers’ councils represent another countervailing power. Of course, most helpful would be the existence of an organisational culture where people would have a healthy disrespect for their bosses. When people can speak their mind, it helps keep the people in power tied to reality.

Power is perhaps best handled by those who don’t really want it. Even so, such people need to watch out for power’s addictiveness if they are to keep their sanity. To quote Lao Tzu, “Mastering others is strength. Mastering yourself is true power.”