Private Equity In Asia: Hunting For Opportunities Beyond The Hot Markets

As investment hotspots go, China and India are arguably to the private equity industry what ice cream is to a six year old with a sweet tooth. But that is why some funds in Asia are hunting for opportunities elsewhere in the region.

At INSEAD’s second Asia Private Equity Conference 2010 staged by the INSEAD Private Equity Club at the school’s Asia campus in Singapore, several of the speakers and panellists suggested that more attractive investment choices may be found in other parts of the region. 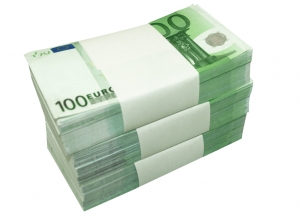 The Riverside Company, for instance, is opting to focus on developed Asia Pacific markets in Japan, Korea, Australia, Hong Kong, Taiwan and Singapore rather than the Asian giants.

Brian Bunker (AMP ‘99), Managing Director of Asia strategy at Riverside and a panellist at the INSEAD conference, explains that as his company is only interested in buyouts, they see few attractive deal opportunities in China and India. That’s because most of the private equity activities in both countries are in growth equity where relatively mature companies seek minority investments, and there’s a dearth of owner entrepreneurs in China who are looking to sell their companies, says Bunker.

Most Chinese entrepreneurs were in their early thirties when China opened its doors to the world over two decades ago, says Bunker. Now in their early fifties, they do not yet feel the need to cash out. And due to China’s booming stock markets, Chinese entrepreneurs prefer to find their next pot of gold on the IPO market rather than sell to private equity firms, Bunker explains.

In contrast, the aging populations in Australia, Japan and Korea have made it easier for private equity firms to find owner entrepreneurs who want to sell out. Many small and mid-sized family businesses, says Bunker, have succession problems because the children are unwilling to take over.

Riverside, which has more than $3 billion under management, pursues a business model of acquiring companies, usually family-owned, with EBITDA (earnings before interest, taxes, depreciation and amortisation) of between $2 million and $15 million.

“What we like to do is back a good management team with a view to growing those companies, holding them for five to seven years and then exiting,” says Bunker.

In its takeovers, management changes are often inevitable, with changes in the CEO and CFO positions about 50 per cent of the time; some changes being planned, others are brought about because things have gone wrong, says Bunker.

“So there’s a clear lesson there to expect the unexpected.”

The keynote speaker at the conference, Nick Bloy, co-founder of Navis Capital, also spoke of the opportunities presented in Southeast Asia (see related article) where free trade agreements are helping to create a large regional economy worth nearly $1.8 trillion with some 600 million consumers, which compares favourably with India’s economy of $1.4 trillion – even though India’s population is about twice the size of ASEAN’s. But unlike the hunt for deals in India and the hot PE market there, relatively few PE firms are competing for deals in Southeast Asia, Bloy says, and that makes the region “a very, very powerful opportunity.”

Another participant at the conference, Douglas Clayton, CEO of Leopard Capital, told INSEAD Knowledge on the sidelines of the conference that his firm is focusing on the relatively overlooked markets in Indochina -- particularly Cambodia and Laos -- for investment opportunities as, by his estimation, China and India are crowded with PE firms, with 300-500 in China and 200-300 in India.

“When you have that many GPs, they’re looking for the same deals so an entrepreneur or management team can shop his deal around and get a price that’s favourable for him and not so good for the investors,” Clayton said.

“In our case, we’re either the first or only fund in the country, or one of the very few, so we hope to be able to negotiate much better entry valuations and achieve higher returns.”

Though it has been difficult to persuade investors that there are more opportunities in the fast-growing Indochina economies than in China or India, Clayton nevertheless managed to get 107 investors to invest with him in Cambodia during the global financial crisis.

Most traditional LPs (limited partners or investors) have not been to Indochina on investment fact-finding visits, “so they don’t know the risks, the economies, (and) the opportunities”, says Clayton. “But we think if it was easy, there’ll be a lot of people there and the returns would go down,” he says.

“We’re investing in the earlier stage, so even though we only have a $34 million fund in Cambodia, we’re (invested) in the largest bank, the largest cellphone company, the only seafood processing plant, and a high-end brewery,” Clayton adds.

“A lot of industries would take maybe 10 times or more as much money to access in a bigger country.”

“Anything that can bring goods and services to rural areas where the margins are good and there’s not much competition,” he says. “Or things that benefit from the rising middle class in these countries, generally basic industries.”

On the issue of investment returns, Clayton is targeting annual returns of 30 per cent, and hopes to list his portfolio companies on the local stock exchanges. Over a five to 10 year investment period, “often the fluctuations of valuations can work in our favour”, he says.

The pursuit of profits aside, Leopard Capital will be socially responsible, pledging on its website to avoid investments that “would require involuntary population resettlements or would adversely impact indigenous peoples”. That includes not investing in the arms trade, strong alcoholic beverages (excluding beer and wine), cigarettes and products made with hazardous materials.

“Traditional LPs for frontier markets are the development financial institutions like the World Bank, IFC and the Asian Development Bank,” says Clayton. “And we follow their exclusionary lists so that when they evaluate us for future funds, they will see that we’re sympathetic to their requirements.”

This article was written by Kevin Tan based on conference sessions and interviews with INSEAD Knowledge. The school’s second Asia Private Equity Conference was held at INSEAD’s Asia campus in Singapore in October.