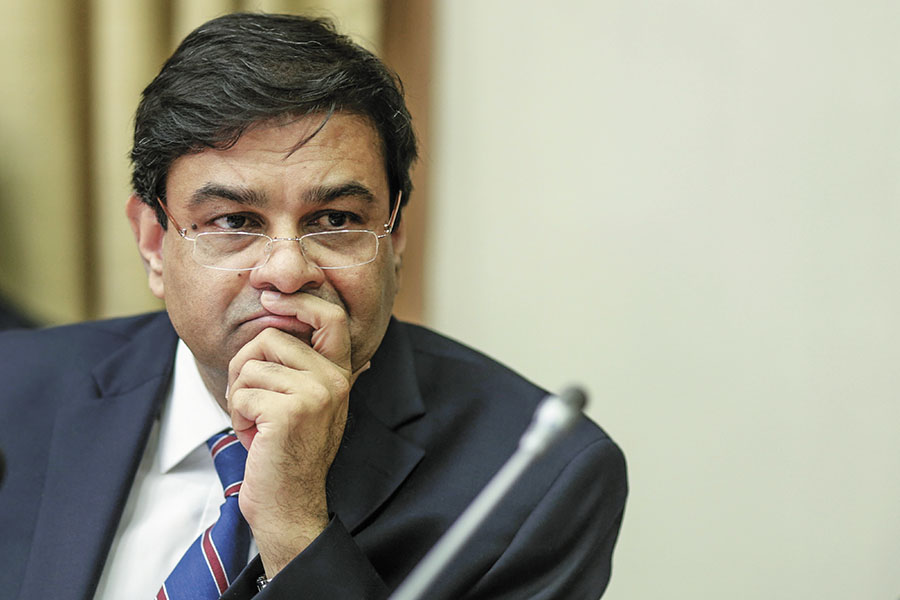 RBI Governor Urjit Patel. There does not seem to be much leeway for the central bank to cut interest rates aggressively
Image: Dhiraj Singh / Bloomberg via Getty Images

The world is seeing a move away from free global trade with two big events having unfolded in the recent past—Donald Trump taking charge as US president, and Brexit. This year and the next will see how these two developments play out. Other countries like Germany and Italy are also due for elections and we will have to see how Europe performs as an economic block over the next few years.

The most important things to watch out for are Trump’s policies, and the UK and European Union relationship as the Brexit impact starts to show. It feels that the world is entering into some kind of protectionist space. The middle-class in the Western world is asking their leaders to create jobs in their own countries. Earlier, the focus of the corporate sector was on diversification and growth: Set up manufacturing plants where optimum results were likely. Now, there could be constraints on the free flow of capital, especially job-creating capital. If these two experiments (Brexit and Trump’s policies) are successful over the next two years, could they lead to more such events in the future? That is the key question.

Countries like China and some in eastern Europe and Latin America have benefited a lot in the past due to the migration of capital towards manufacturing and industrial activity. Some of that flow of capital could get reversed, particularly as large American corporations look to create more capacities in their own country. This is a major worry for the developing world. Whether the free flow of capital would stop and whether they need to create internal demand for their products, especially if they are substantially an export-led economy.

For India, the challenges will be to focus on internal growth, demand and production, and job creation. As America now demands that its companies produce goods within the country, countries like India could impose a similar condition, saying, ‘If you want to sell in India, you should produce in India’. In many ways, thanks to Narendra Modi’s Make in India campaign, we are already on that path. The challenge therefore is to improve ease of doing business here and bring in capital.

One of the major talking points in recent months has been demonetisation and its impact on the economy. There are three aspects to consider in connection with the issue: First, how much of the informal, black, economy will become a part of the formal, white, economy and what would the impact of that change be. This could result in a better tax-to-GDP ratio for India. Over the past five years, our tax-to-GDP ratio has gone up by 1 percentage point to 11.5 percent. If this figure can be pushed up to 12.5 percent in the next two years, it will help bring down fiscal deficit to a healthy 2.5 percent. This could then trigger a revision for the outlook for India from a ratings perspective. If the demonetisation-led formalisation of economy, along with the Goods and Services Tax, helps us improve the tax-to-GDP ratio by even one percentage point, it will create more fiscal space for the government.

The second aspect to ponder over is what demonetisation has done for India’s banking system and its implications for the fixed income market. The biggest challenge that the monetary policy faced was lack of transmission. The Reserve Bank of India (RBI) was reducing interest rates, but the banks were not willing to pass them on due to a variety of factors. At the heart of it—which got articulated before former RBI governor Raghuram Rajan left—was the fact that while the RBI turned the monetary cycle from a tightening cycle to an easing cycle, systemic liquidity continued to be very tight. That created a floor for reduction in rates by banks. The RBI then said it would try and normalise the liquidity from a deficit mode. 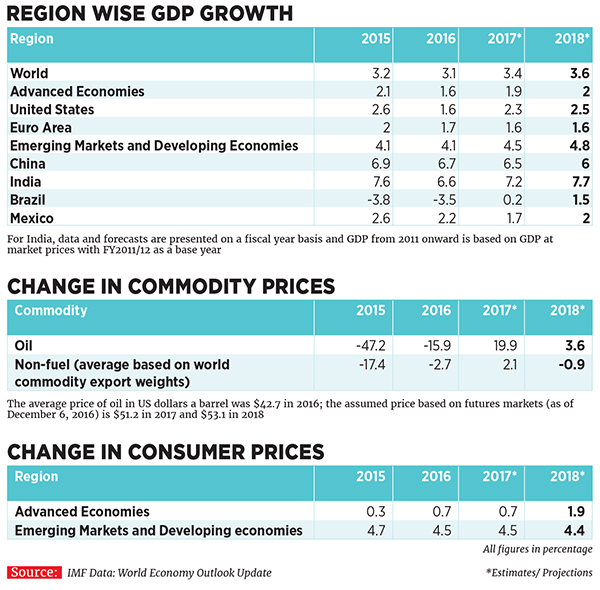 The banking system today has parked Rs 7.5 lakh crore of surplus liquidity with the RBI, which is a huge change (from a situation of borrowing Rs 1 lakh crore). It is possible that this excess liquidity will come down as remonetisation takes effect over the next couple of months. So, from a cash-to-GDP ratio of 12 percent, we have come down to 6.5 percent. Some economists estimate that we will go back to 9 percent. Even then, the system will have Rs 4 lakh crore of surplus liquidity by March 2018. This is the primary liquidity that got created due to currency coming back into the banking system. In the past, the system used to draw down a lot of currency, and so the RBI would have to carry out open market operations (OMO) to create liquidity in the system. Now, that is not required.

The surplus liquidity in the banking system is in a scenario where credit demand is weak. What will banks do with this liquidity? That is a key issue. Banks are likely to wait until March to get more clarity on residual liquidity due to the remonetisation process. If banks don’t find enough credit demand for this liquidity, they will have no option but to invest it in the bond markets, either in government bonds, state government- or corporate bonds.

At this point, it appears highly unlikely that credit demand will pick up in six to eight months. One needs to have a good pipeline of projects and the government is investing in infrastructure projects. It will finance them by borrowing from the banking system, but a lot of the agencies such as the Indian Railways and the National Highways Authority of India have good access to the bond market. So this could improve supply for long-term bonds.

The third aspect is the direct impact on fiscal position, the weeding out of black money, and how it has impacted the government’s finances. When demonetisation was announced, one did not expect Rs 3 lakh crore to Rs 4 lakh crore of cash to come back. But now it feels that nearly 90 to 95 percent of the cash has come back into the system. The anticipation of a reduction of currency in circulation has not happened; hence, we don’t see a huge impact on the government’s fiscal position.

The benefits of demonetisation have to be seen in the first two factors discussed above—the formalisation of the economy, and liquidity in the banking system and the ability to create more credit.

Going into a bit of technicality, let us assume that we have Rs 4 lakh crore of balance deposits after remonetisation. It is like the RBI pumping in excess liquidity into the system. The current total CRR (cash reserve ratio) requirement is almost Rs 4 lakh crore, which banks need to maintain with the RBI. An additional Rs 4 lakh crore of primary liquidity can support doubling of our banking system’s balance sheet without the RBI going in for any liquidity injection. So, if we solve for capital and demand in the economy, India’s banking system has the liquidity wherewithal to support massive growth.

But do we anticipate this growth or the credit pick up? Not at this stage.

Coming to interest rates, we do not see much leeway for the RBI to cut interest rates aggressively. Core inflation is still near 5 percent. At a maximum, we see a 25 basis points reduction in rates in February. The borrowing programme for the government next year could pose a challenge. In 2018, since the system will already be in surplus liquidity, we will not see OMO purchases from the RBI. The demand-supply situation for government bonds could be a challenge. Next year, the net borrowing by the central government is likely to be around Rs 4.2 lakh crore and from various states it could be Rs 3.8 lakh crore. It remains to be seen how this will get absorbed and could put some pressure on government bond yields. Because the banking system has enough liquidity and credit demand is weak, we do not expect a blowout in terms of bond yields.

I expect the downward pressure on interest rates to continue. Banks will look for good quality assets to invest in; whether it is through bonds or direct lending to corporates. The pressure on the banking system to collect more deposits to sustain their balance sheets will be less. So there will be less reluctance to cut deposit rates.

Historically, we didn’t have this, which is why people invested in other asset classes like gold and real estate. I do not see money chasing real estate or gold now. As the economy formalises, the system will start looking at an increase in financial investments. There could be volatility in equities as India enters the (state) elections cycle. So fixed income products do present a very interesting opportunity for people who still want relatively safe returns on their investments. I do not expect the type of runaway rally long-term bonds saw over the past two years to continue. But if you see medium-term bonds—corporate paper for up to five years—it is still a good choice. Anybody who is looking for a well-diversified portfolio and looking to invest for 2017 needs to have a fairly healthy attribution to fixed income.

—As told to Pravin Palande and Salil Panchal