Four ways to influence your bosses without alienating them 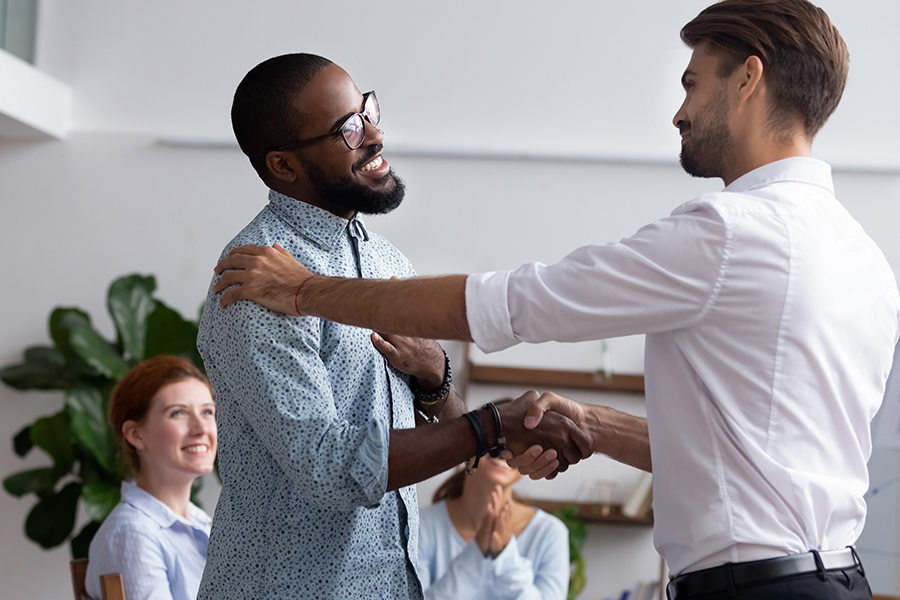 
We are all accountable to someone, whether we are a middle manager supervised by a member of the c-suite or a CEO accountable to the company’s board. But under the right circumstances, this reporting relationship can be a two-way street: in addition to taking orders, savvy subordinates can find ways to influence those above them.

This idea, sometimes called “leading up,” has the potential to improve the organization’s overall effectiveness—and in the process, make everyone look good. But execution is key. According to Colonel William “Chip” Horn, the current U.S. Army Chief of Staff Senior Fellow at the Kellogg School, leaders should not even realize that they are being influenced by members of their team. This subtlety is especially important in traditionally hierarchical organizations such as the military.

“They think they’ve got great employees who show initiative and foresight,” he says.

Drawing from more than 30 years of experience, including a stint at the Pentagon, Col. Horn shares four ways employees can build trust and influence their supervisors’ agendas.

Set an Example
Business leaders looking to influence their supervisors need to the set a professional example from the start. By keeping this prescribed standard, they immediately create a level of credibility and competency to their supervisor, Horn says.

There are many areas where setting this standard can raise the entire team’s game. For example, Horn recalls a time when he moved from a unit where he was regularly leading between 30 and 150 soldiers to a position where he was surrounded by senior officers who outranked him. Horn noticed that these officers were not preparing properly to give presentations.

“People had gotten used to getting up and talking to their slides as opposed to actually giving a presentation,” he says. He saw an opportunity for his own high standards to rub off on those around him.

Horn knew that a well-prepared presentation can help compel stakeholders toward a recommendation, so he started asking the leaders around him to watch him rehearse his presentation and give feedback. This led to some of those colleagues—including his superior officer—returning the favor by asking Horn to help them prepare. Before long, briefings improved throughout the group.

“A new bar was set,” Horn says. “People saw the results of the feedback and, over time, we elevated the standard.”

Develop Your Network
Another way to influence your leadership’s decision-making processes is to make sure you are giving the most comprehensive, realistic input possible. Gaining the trust and buy-in of colleagues across the organization means that you will be approaching those leaders with tried and tested recommendations.

Horn took a similar approach during his early days at the Pentagon, where one of his first assignments was to price out how much it would cost to repair, recapitalize (overhaul), or replace all the equipment in Iraq and Afghanistan. Horn developed a network of experts across multiple departments and created a way to list, categorize, and evaluate all equipment in the two theaters.

“Once I got everyone’s agreement that the methodology was sound, I went to the boss and said, ‘Here’s how I think we should solve the problem with [base operations] and all these other Army organizations,’” Horn says. “They agreed. It was simple from that point on. All we had to do was plug in the data.”

Ask Probing Questions
Many contemporary businesses put a premium on collaborative decision-making and a flattening of the organizational hierarchy. In these environments, your supervisor may be inclined to approach you to brainstorm ideas for initiatives or projects. Rather than nodding along or avoiding disagreement, this situation offers an opportunity for you to help them hone their ideas through rigorous questioning.

This process can also help separate good ideas from more fanciful ones. Your boss might come in with a project that may seem sensible in the moment, but upon closer inspection, is broad in premise, costly in time and resources, and not terribly useful.

Horn recalls having a boss who frequently would come to him after a morning run with a new project. “I could already see where this was going, so I started asking questions. ‘What does this support?’ ‘Where does it fit in our priorities?’” he says. “Ultimately, he got better at thinking it through, and then he’d ask for my input. I didn’t have to layer him with questions.”

“I would ask if this was in support of another project. Or simply ask why we needed this,” Horn says. “If the project is broad, asking for more context can narrow down the information you need and save us both time. It may also help them see when to let go of an idea.”

Just as school cafeterias may try to influence students toward better diets by putting the healthiest foods up front, you can influence supervisors by subtly, but thoughtfully, framing something in accordance with your desired outcome.

“Think about giving a briefing or a business presentation,” he says. “If you really want to emphasize something, maybe your speech becomes animated. Or, if you’re using slides, you ensure the issue is presented so that that point of emphasis really stands out.”

This allows you to shape information and influence how your supervisor sees an issue, which can be effective in moving them toward the outcome you see as optimal.

Horn describes a time when the Army was deciding whether to continue investing in an expensive, niche weapon system that prioritized precision over lethality. At the time, Army leadership had begun to shift its priorities to emphasize lethality and range in weapon systems. This presented Horn and his colleagues with an opportunity to nudge their leadership toward a weapon system that reflected those new priorities, while reducing the hesitation they felt at absorbing the sunk cost of the previous system.

“When leading up, you become what Thaler and Sunstein refer to as a ‘choice architect,’” Horn says. “You have the responsibility for organizing the context in which people make decisions.”

When that decision-making process goes well, you have the potential to not only help others succeed but to make them aware of your potential.

“Your boss will recognize your proactiveness, initiative, and ability to see the whole picture,” Horn says, “which is a good indicator that you can move into more senior roles over time.”