Mukesh Ambani's retail and telecom bets are paying off; he adds $4.1 billion to his net worth to remain India's richest person for the 12th consecutive year 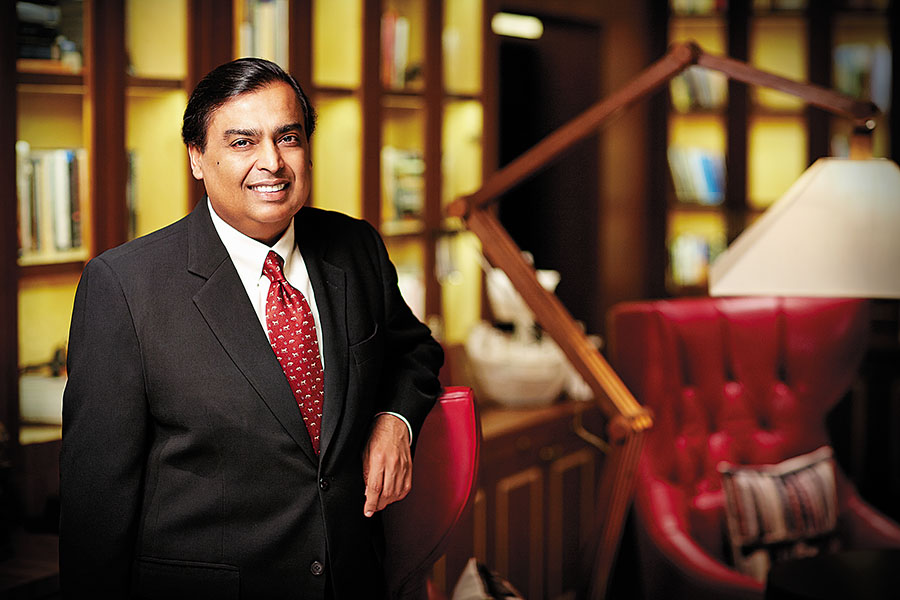 
The year 2019 saw more distance being created between Mukesh Ambani and other entrepreneurs on the Forbes India Rich List. Through the year, investors priced in the benefits of his maturing consumer retail and telecom businesses as well as a proposed 20 percent stake sale to Saudi Aramco of his chemicals and oil refining businesses.

India’s richest man—whose net wealth rose by 8.6 percent to $51.4 billion—is now $35.7 billion dollars ahead of Gautam Adani, who is No 2 on the list, compared to a gap of $26.3 billion with Azim Premji, who was second on the list in 2018. Ambani remains the richest Indian for the 12th successive year. Throughout 2019, the Reliance Industries’ [owner of Network 18, which publishes Forbes India] stock remained unaffected by market volatility and its market cap raced past the ₹9 lakh crore ($128 billion) mark.

The benefits of a consolidating telecom industry flowed to Reliance Jio and rival Airtel as subscribers ported out of Vodafone Idea due to its poor 4G network. In the year ended September 2019, Jio added 103 million subscribers, taking the total number of consumers to 355 million. Data consumed on its network was up by 56 percent to 1,202 crore GB. Importantly, the company also signalled the end of the investment cycle in Jio until licences for 5G networks are awarded. Analysts at Motilal Oswal estimated a profit after tax of ₹990 crore in the September 2019 quarter and valued the business at ₹177,500 crore ($25.3 billion).

While telecom made headlines, Ambani’s most understated success has been with retail. Reliance Industries straddles the entire retail value chain from grocery to electronics and fashion to petroleum. With over 10,000 stores, the company has now been able to take advantage of its national footprint with cheaper real estate deals and product sourcing. As a result, earnings before interest, tax, depreciation and amortisation (Ebitda) rose by 66 percent to ₹2,322 crore in the quarter ended September 2019 while year-on-year Ebitda margins rose to 5.6 percent, up 130 basis points.

For now, Ambani has indicated that he plans to spend the next year consolidating his businesses and ensuring debt levels come down. At the August 2019 annual general meeting, he announced his intention to make Reliance Industries a zero net debt company. That would leave room on his balance sheet to prepare for the next decade of expansion, possibly widening his gap on the Rich List even further.