Legal hurdles: The wait for Mallya to go on 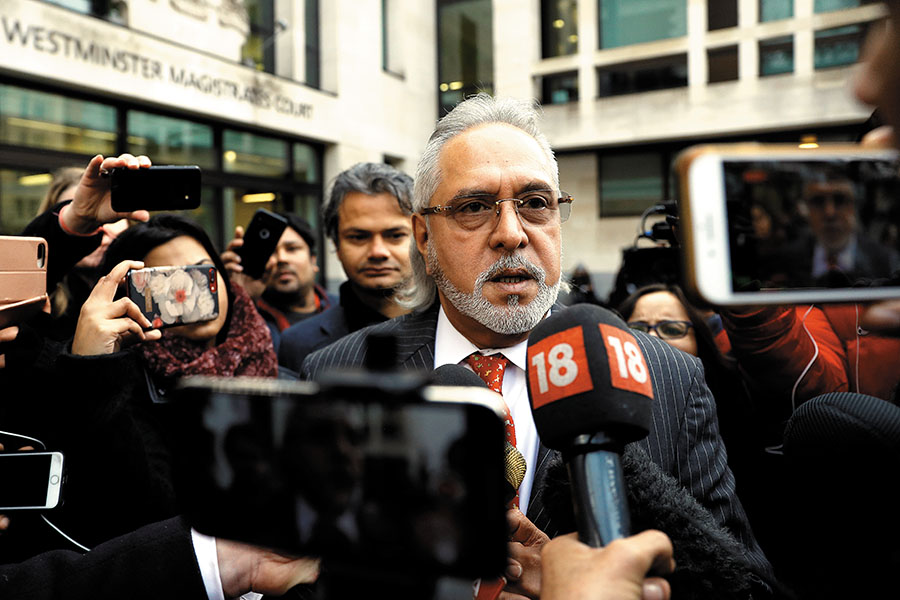 Image: Peter Nicholls / Reuters
Those anticipating a quick return to India for Vijay Mallya are in for a disappointment. His extradition process still has three levels of appeals that his formidable legal team is on track to make full use of. As the case winds its way up the UK’s legal system, he’s expected to stay there for, at least, the next 18-24 months.

What’s clear is that with the noose tightening around Mallya, the former Rajya Sabha MP is making every attempt to settle his outstanding dues. During the course of the trial, he upped his offer made before the Karnataka High Court to settle the principal due to the banks from an earlier 80 percent to 100 percent.

According to lawyer Zulfiquar Memon, who worked on the extradition case of music director Nadeem Saifi-Akhtar in the late 1990s, Mallya’s offer came as the Westminster Magistrates’ Court also made a prima facie determination of the fact that Mallya had defrauded Indian banks. “This shows that his appeal may not be on a very strong ground,” he says. Appellate courts—the UK High Court, Supreme Court and House of Lords—only rule on points of law and do not
consider evidence afresh. 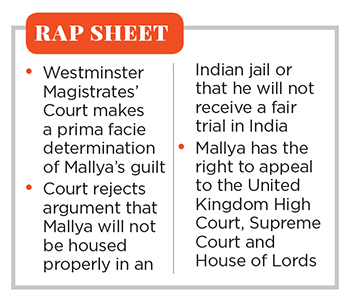 For an example of what Mallya’s appeal is up against, consider this line in the judgment by Chief Magistrate Emma Arbuthnot, “…it is a case of a bank who were in the thrall of this glamorous, flashy, famous, bejewelled, bodyguarded, ostensibly billionaire playboy who charmed and cajoled these bankers into losing their common sense and persuading them to put their own rules and regulations to one side.” She goes on to hold that there was a conspiracy to defraud and finds Kingfisher Airlines officials as well their bankers responsible.

The court also rejected the argument that Mallya would not be housed properly in an Indian jail.This is significant as the UK has only agreed to one Indian extradition request—that of Samirbhai Vinubhai Patel, a Gujarat riots accused—since 1992 when the two countries signed a treaty. Several have been denied on account of overcrowding in jails.

Tweets by @forbes_india
Election effects: Expecting the unexpected
Soon, hire a copter from Mumbai to Pune