While the question will soon be debated in the Seoul parliament, it divides the country, which still has an uneasy relationship with its northern neighbour 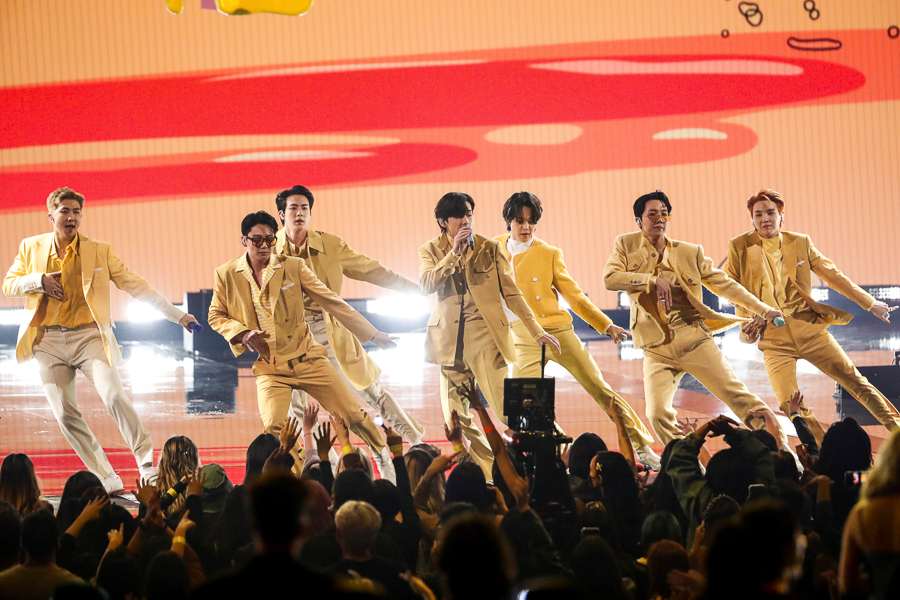 For some years now, South Korea has been pondering the status of male K-pop stars in relation to the country's compulsory military service. While the question will soon be debated in the Seoul parliament, it divides the country, which still has an uneasy relationship with its northern neighbor.

The rule is simple: all able-bodied men between the ages of 18 and 28 must serve in the South Korean army for at least 18 months. But the rule seems difficult to apply when it comes to Jin, Jimin, V, RM, J-Hope, Suga and Jungkook, the seven members of the hit group BTS. These twenty-somethings are supposed to be doing their military service in the next few years—even the next few months in the case of Jin, whose real name is Kim Seok-jin.

However, some argue that they should be exempt because of the prominent role of BTS, and K-Pop in general, in Seoul's global, diplomatic influence. The boy band is estimated to be worth more than $3.6 billion to the country's economy each year, according to the Hyundai Research Institute. As such, the band would generate the same economic value as 26 medium-sized South Korean companies. In addition, the band is also estimated to attract hundreds of thousands of foreign tourists to South Korea, while contributing to the promotion of the Korean language on the international stage.

So many reasons that, for some South Korean politicians, justify the need for the musicians to focus on their career, rather than on their military service. "Not everyone has to take up a rifle to serve the country," said Noh Woong-rae a senior member of the ruling Democratic Party in October 2020. And many South Koreans share this opinion. In fact, 59% of them believe that BTS members should be exempt from military service, according to a Gallup Institute poll cited by The Korea Herald. Any K-pop singer who contributes to building the Asian country's positive image globally could benefit from this kind of arrangement.

Olympic medalists and classical musicians have already been granted various arrangements or deferrals of their military service. Soccer player Son Heung-min, for example, was allowed to carry out military service over a reduced, three-week period after winning the 2018 Asian Games with South Korea's U23 team. "It was a good experience," he explained in a video on the website of his club, Tottenham Hotspur. "Those guys were nice. The three weeks were tough, but I tried to enjoy it."

The subject is more sensitive when it comes to BTS members. They received a first reprieve in November 2020, when the Seoul parliament granted them permission to perform their compulsory military service at 30 years old, compared to the usual 28. Jin, the band's oldest member, will reach this age on December 4. This is why the Hybe agency, which manages the group, is calling on the South Korean government to look into the BTS case without delay. The parliamentary committee in charge of defense issues is scheduled to consider the issue in November.

However, there are some people who are not happy with the idea of giving special treatment to Jin, Jimin, V, RM, J-Hope, Suga and Jungkook. In particular, they fear that the system could be open to exploitation if the South Korean government starts granting exemptions to K-pop singers. Some may remember the case of Steve Yoo. In 2002, this key figure of '90s K-pop took American nationality, automatically renouncing his South Korean citizenship, to avoid being called up. This ruse outraged public opinion, as well as the Ministry of Justice, which banned the singer from returning to his native country. The high court of Seoul eventually lifted this ban in 2019.

But the time for leniency could now have passed, since the conservative Yoon Seok-youl became the country's President-elect in March. The former public prosecutor, a political novice, won by a narrow margin over his Democratic Party rival Lee Jae-myung. He managed to stand out by winning favor among young Koreans, even though they are largely disillusioned by soaring property prices and difficulties in finding jobs. During his campaign, Yoon Seok-youl proposed to grant special subsidies to men who have completed their military service. This initiative is all the more surprising given that the new South Korean president was declared unfit for military service during his own youth, on health grounds.

However, BTS members have always expressed their desire to be good citizens. "Military service is the natural duty and when duty calls, I will respond any time," Jin had said in February 2020. The next few months will tell if he still feels the same way as his 30th birthday approaches.