Billie Eilish, Justin Bieber opt for 'concerts with a cause' model

In recent years, many musicians have used their tours as political platforms to raise awareness about causes close to their hearts, including U2 using the Joshua Tree world tour to spread awareness about the refugee crisis 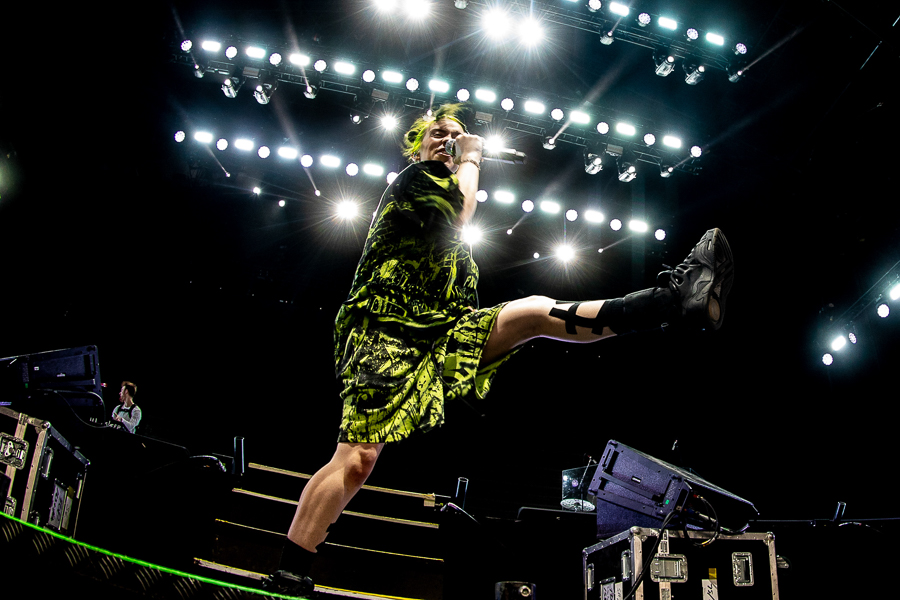 Billie Eilish will use her upcoming "Happier Than Ever" tour to alert music lovers to the climate emergency.
Image: Ben Houdijk / Shutterstock


Concerts are not just events where music lovers can sing along to the songs of their favorite artist. They can be real drivers of societal change. This is what Justin Bieber is aiming to achieve with his new "Justice World Tour."

Starting February 18, the Canadian singer will embark on a world tour of more than 90 dates. He will head to more than 20 countries, including France, Brazil and Australia, performing songs from his latest album, "Justice." But for Justin Bieber, this world tour is also an opportunity to promote social justice to his (young) audience.

The "Baby" singer has joined forces with the American organization Propeller to encourage his fans to take concrete actions in favor of the environment or political engagement. Each night, people attending one of the "Justice World Tour" concerts will be entered into a draw to be upgraded. They will also have the opportunity to win a trip to meet Justin Bieber in Paris, during his show at the Accor Arena in 2023.

To qualify for these rewards, fans will have to sign petitions, follow charities on social networks, register to vote or give their time to NGOs like the Generosity Foundation and REFORM Alliance. The idea is simple: the more they get involved, the more their chances of winning increase.

When music makes a difference

Justin Bieber isn't the only artist giving their world tour a more political slant. Billie Eilish will use her upcoming "Happier Than Ever" tour to alert music lovers to the climate emergency. She has collaborated with the NGO Reverb to make the event as eco-friendly as possible. On the program are vegan catering options, water fountains to encourage concertgoers to use reusable bottles and merchandise made from upcycled materials. All of these initiatives have one goal: to encourage young people to adopt a more eco-friendly lifestyle.

In recent years, many musicians have used their tours as political platforms to raise awareness about causes close to their hearts. For example, U2 shared a video of the French artist JR introducing Omaina, a 15-year-old Syrian refugee, with fans around the world during concerts in the band's "Joshua Tree" album anniversary tour.

However, this phenomenon is nothing new. Charity concerts have been held since the 1970s, combining music with activism. But are they really effective? It would seem so. American researchers noted in 2017 that celebrities making these kinds of commitments can help their fans feel more involved in major societal causes, and help them believe they can make a difference at their own level.